Hannah Caver, for the Tribune

BIRMINGHAM —The Norma Livingston Ovarian Cancer Foundation’s (NLOCF) Inaugural Together in Teal Butterfly Release will take place at Vulcan Park on Sunday, September 19, from 3:30 p.m. to 5 p.m. to honor the women whose lives have been impacted by ovarian cancer 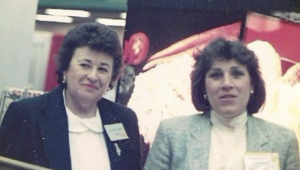 Photo courtesy of NLOCF: (From Left to Right) Norma Livingston and Lori Livingston

Just like the flutter of a butterfly’s wings, the signs of ovarian cancer can seem so slight.

NLOCF was founded in January 2004 by Lori Livingston, who lost her mother, Norma Livingston, to ovarian cancer.

The mission of the NLOCF is to raise funds for ovarian cancer research through various events and opportunities and to increase awareness about the risks, symptoms, and treatments of this disease.

Norma Livingston’s story inspired her daughter to help women recognize the silent symptoms that can be misdiagnosed as different health problems. This is why ovarian cancer is referred to as the “silent killer” because it could be too late when a proper diagnosis is made.

Norma Livingston was one of those cases. She was a healthy and active 65-year-old woman who took care of herself, and when she started experiencing weight gain, abdominal discomfort, and a chronic cough, she went to the doctor to find an answer. However, the answer’s turned into more questions when she was diagnosed with stage 4 ovarian cancer. 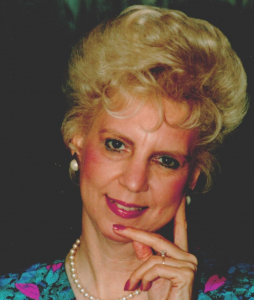 Through the NLOCF, other programs were established and continue to grow with the NLOCF. Just A Need is one of those programs, named after Janice M. Bauer, who, like Norma Livingston, lost her fight to ovarian cancer in 2001 at the age of 62.

Janice M. Bauer endured surgical procedures, chemotherapy, and radiation for ovarian cancer, and through it all, managed to care for her father, who ultimately lost his battle to kidney cancer.

Huddleston refused to let cancer win, and once again, she beat cancer. But, Huddleston’s fight, just like many other cancer survivors, was not alone. Her daughter, Erica Thomas, was there through it all, which is when the need for someone to be by your side, to guide you, or lend you a helping hand, took a life of its own. 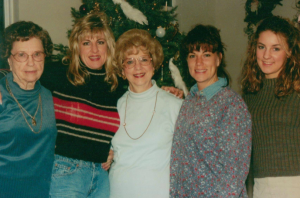 “It’s in the name of my grandmother. Her name is Janice, J A N, Just A Need,” Thomas said.

Through care packages and patient and family support, Just A Need is there with anything you need. Just A Need recognizes that every family is different, and so are their immediate needs, which is why they want to be there for you. Even if it is to take you to lunch, they will not let you fight alone.

“Basically, what we do is we provide whatever a need is, not only for an ovarian cancer patient but any family member,” Thomas said. “So say they have a caretaker, say they live in Alabaster and have to drive to UAB every week. We can provide gas cards for them for their transportation, or maybe they need a neuropathy kit. We provide that for them.”

Just A Need hopes to alleviate the stress of chemotherapy by partnering with UAB’s Gynecologic Oncology Department and providing support kits known as neuropathy kits. One side effect of chemotherapy is neuropathy, particularly in the hands and feet of the patient.

Thomas and her mother know what it is like to need someone or something during difficult times, which is why they wanted to ease those hardships with Just A Need. Thomas wants women to listen to their bodies because it may not just be an ‘I’m not feeling well today,’ it could be something serious, like ovarian cancer. 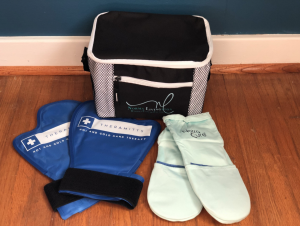 “You have to pay really close attention, especially if you have a family history of any type of cancer,” Thomas said. “With my mom, she had breast cancer, she had the gene, and then she got colorectal cancer years later.”

Thomas wants to spread ovarian cancer awareness so that women have a chance to fight and win.

“I think what we’re doing is really important, and I hope that people can come out and see this beautiful display of hope and change,” Thomas said. “I hope it leads to saving the lives of a lot of women.”

Learn more about ovarian cancer awareness and more events that are taking place at www.nlovca.org/.