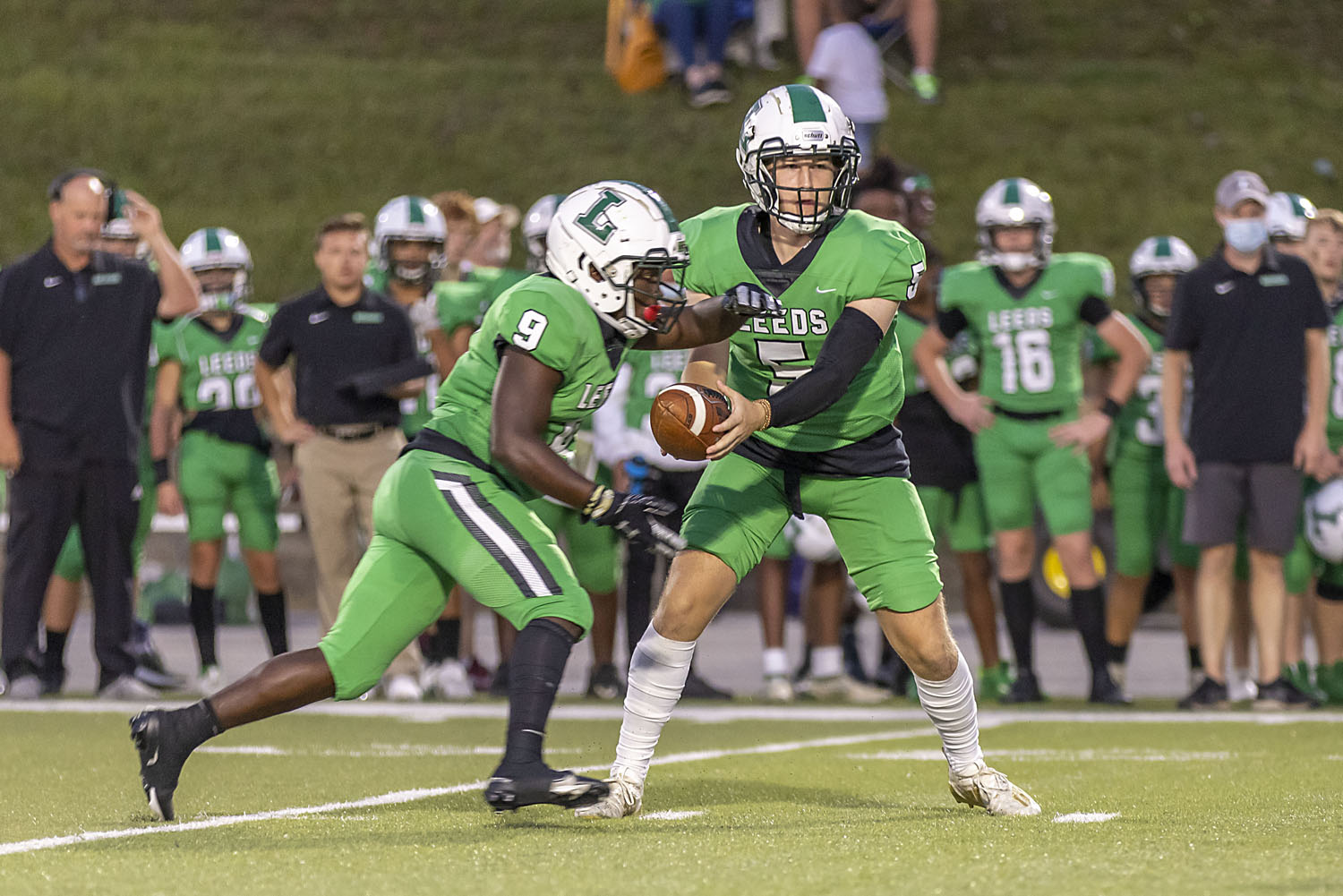 LEEDS — Big plays made all the difference for the fourth-ranked Leeds Green Wave on Friday night, in a 41-0 Homecoming win over Hayden. 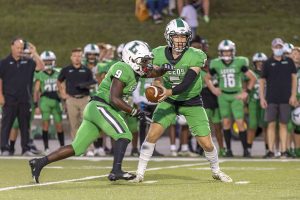 Leeds scored touchdowns of 55, 60, 60 and 33 yards on Friday, and scored on a botched punt snap as well as part of what senior receiver Josh Ruff called “a good team win.”

“We just wanted to put (Hayden) out early,” said Ruff. “Never let up.”

The game marked a return to full speed for Ruff, who injured his ankle in Week 1 against Pell City. Leeds head coach Jerry Hood said Ruff’s health is key for the remainder of the season for his squad, if they are to see success in the postseason.

“To do that, we need a healthy Josh Ruff,” Hood said.

On Friday he caught the first pass of the game for a 53-yard gain, and finished with 146 yards and 2 touchdowns.

His first TD catch came on a slant from quarterback Jarod Latta, making the score 20-0 just 90 seconds before halftime. Latta threw for 174 yards on the night.

That score followed a pair of big plays that resulted in Leeds touchdowns.

Locked in a scoreless tie at the end of the first quarter, the Green Wave (5-0, 3-0) held Hayden on downs, then quickly drove 67 yards for a touchdown to claim the lead. That score came on a 55-yard by Devonte Megginson, who dragged a defender into the end zone with him for good measure.

The Wildcats (0-5, 0-3) went backwards on their next possession, then suffered a disaster when punter Chase Helms juggled the punt snap on fourth down. The ball bounced between Leeds players, before settling in the hands of senior Mekhi Jones for a Green Wave touchdown.

“The whole team got back there,” Jones said. “I was just the lucky one to get it.”

Once the second half started, Leeds wasted no time. Latta tossed a simple screen to Ruff on the Green Wave’s first play from scrimmage, and the senior broke two tackles, then weaved his way through Wildcat defenders for a 60-yard touchdown.

Special teams would provide one more big play, as CJ Douglas hauled in a punt, then ran through the entire Hayden defense for a 60-yard TD of his own.

Register’s team was led by fullback Taylor McAdams, who finished with 114 yards on 27 carries. The Wildcats finished with 197 yards as a team, but failed on downs five times in Leeds territory.

“It was hard stopping the run,” Jones said. “When we stopped the run, it was a great time.”

Backup QB Conner Nelson completed the scoring, going in from a yard out late in the game. The Green Wave finished with 300 yards of offense as a team.

Both teams will step out of region play next week. Hayden will return home to face West Point. Leeds will travel to West Morgan.