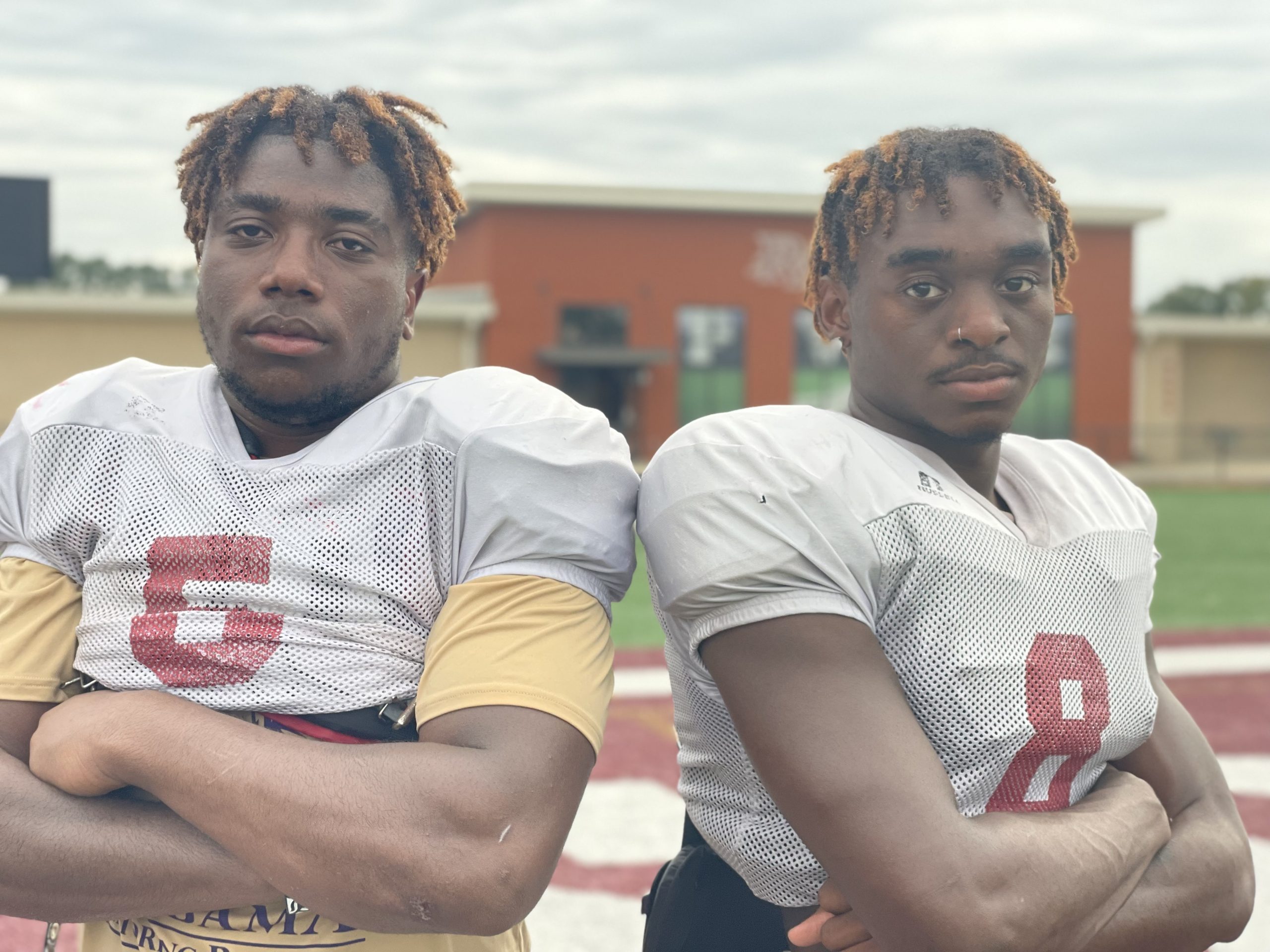 PINSON — Opposing defenses can never rest easy against 6A defending state champion Pinson Valley. The passing game for the Indians catches a lot of attention (pun somewhat intended), but the backfield features a pair of senior running backs who can take the ball to the house from anywhere on the field. 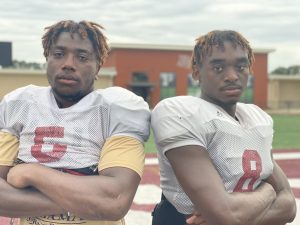 First, there’s Mike Sharpe, who is committed to Arkansas State and will graduate early from Pinson Valley in order to enroll early with the Red Wolves. Sharpe is patient in the backfield, waiting for blocks to develop, and then he slashes downfield. At 5-10 and 190 pounds, the only time some defenses see him is as he’s flying past.

“Mike is a very patient runner,” said Pinson Valley strength and conditioning coach Roy Upchurch. “Very talented. He brings a lot of dynamics to the game. He’s very football savvy, plus he’s a track guy so the speed is there, and he gives a lot of attention to the film.”

Upchurch, of course, knows a thing or two about getting running backs ready for the next step. Not only has he coached at the collegiate level, but he was a notable presence in the Alabama backfield during the Crimson Tide’s SEC and national title run in 2009.

Then there’s Jaylen Taylor. An inch-and-a-half taller than Sharpe, Taylor’s 30 pounds heavier, with a low center of gravity and powerful legs. If he can’t outrun defenders, he can bowl them over.

“Jaylen’s a load to bring down,” Upchurch said. “But at the same time, he can outrun you if necessary. But he’s so downhill that he doesn’t mind going up the middle. He doesn’t mind that contact, doesn’t mind playing fullback.”

Taylor sees the strengths in the combination between himself and Sharpe.

“I’m more of a power back,” Taylor said. “He’s more of a scatback that’s elusive. But he’s a great runner.”

Sharpe sees the value in Taylor’s game as well.

“He’s big and physical, but he can also give you a juke move,” Sharpe said. “And he also has a lot of speed to him that you don’t expect him to have.”

Pinson Valley has a crowded backfield, with talented runners pushing each other for reps. But Sharpe and Taylor are both unselfish, competing with one another in the best way.

“It’s really just friendly competition,” Sharpe said. “If one of us scores, we’re saying ‘I got one, now you go get one.'”

For the offensive line, there’s a difference in the way that they have to block for each of the backs, said senior Cameron Ambrose.

“The big difference is that with Mike, you have to chase him down to go make a block,” Ambrose said. “With Jaylen, I gotta push the pile. Jaylen’s got the size, so he’ll drag guys a little more often than Mike will.”

The difference between the two runners also affects how and when they’re used on the field, said Pinson Valley head coach Sam Shade.

If there’s a difference, it might be that Sharpe’s hands are a little better than Taylor’s as a result of having played wide receiver in the past. He can catch out of the backfield or line up at wideout to give Pinson Valley an extra option on offense.