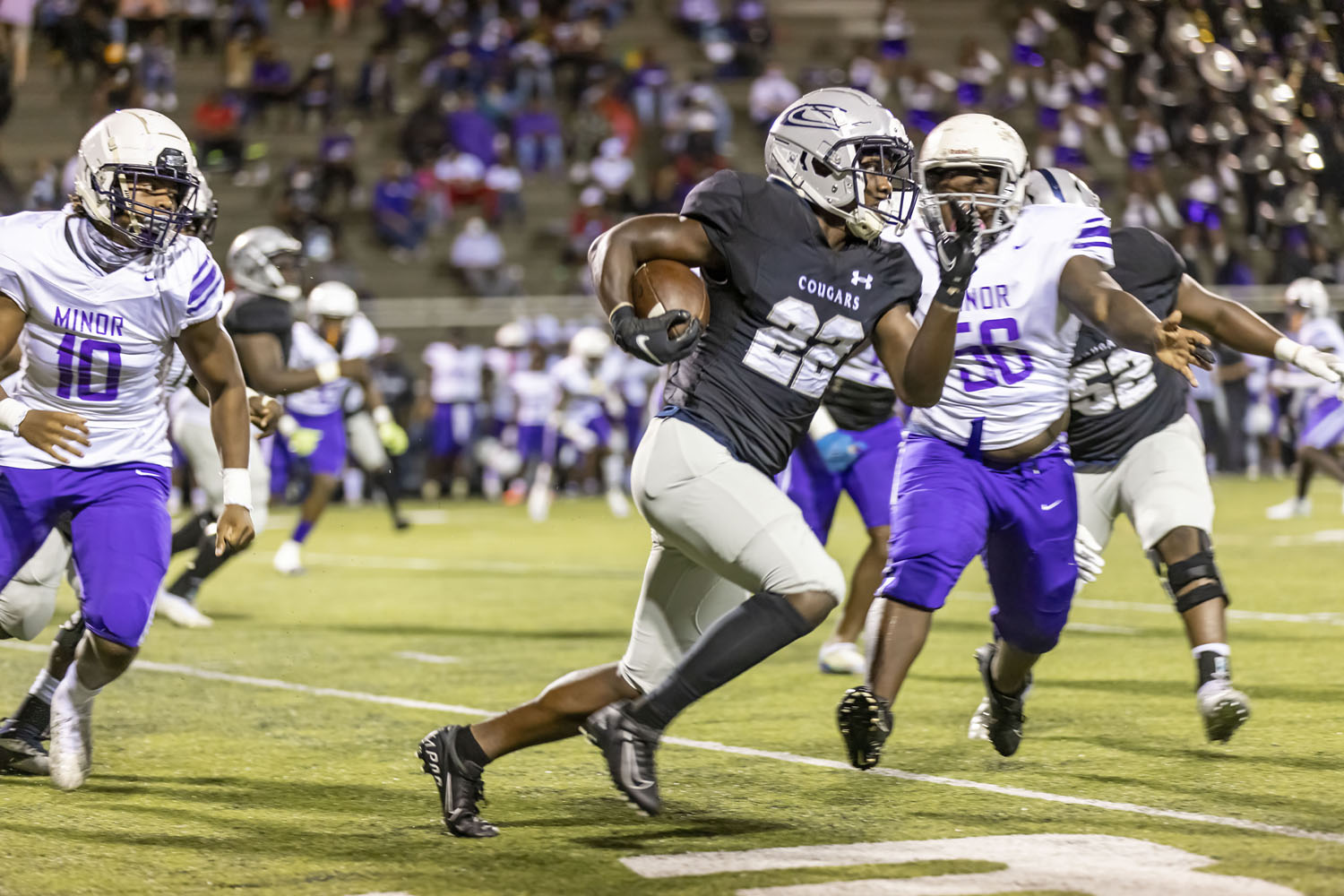 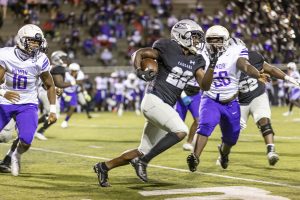 Minor started things off first going up 7-0 on their first possession of the game, but the Cougars didn’t wait long to respond. The usual suspect of the Cougar run game, Edward Osley, pushed the Clay-Chalkville downfield to open up for Khalib Johnson to hit Marquarius White for a 27-yard touchdown pass to put the Cougars 7-6 after a failed 2-point conversion in the first.

Johnson would find Jaylen Mbakwe early in the second quarter for 34 yards, but would lose five on an offensive penalty for an ineligible receiver downfield.

Osley showed up to make up for it, pushing the Cougars down to the Tigers’ 12-yard line which led to a 17-yard touchdown pass to Nate Owens but would be called back once again for an ineligible receiver. The Cougars recovered, and Osley would find the endzone on a 13-yard run to give the Cougars their first lead of the game after a successful 2-point conversion, 14-7. Osley put up yet another touchdown shortly after on an explosive 48-yard run and added insult to injury with a 2-point conversion run, extending the Cougar lead to 28-7 at the half.

The Cougar defense was all gas for the remainder of the game, holding Minor to 133 total offensive yards on the night. The third quarter would remain in the Cougars’ hands, with a Johnson to Osley 14-yarder after a lengthy 6 minute possession to make it 34-7 after an unsuccessful conversion. Mario Craver would cap off the 3rd with a 16-yard touchdown pass from Johnson, with a 2-point conversion run from Rodrekus Johnson to sit the Cougars at a comfortable 35-point lead at 42-7.

Rodrekus Johnson would rear his head again in the fourth quarter with a 54-yard run, breaking tackles and taking names to tack on 6 for the Cougars. Another successful Cougar 2-point conversion would solidify the score 50-7.

Clay-Chalkville head coach Drew Gilmer believes that his Cougars can hold onto this momentum and carry it into the second half of the season.

“Hopefully we can build on it,” Gilmer said. “We’re going into an off week, we gotta get some people healthy, clean up some little things we need to clean up, kinda evaluate ourselves and get ready for the second half of the season.”

The Cougars will begin the second half of the season in conference play at home against the Jackson-Olin Mustangs October 1st at 7 p.m.