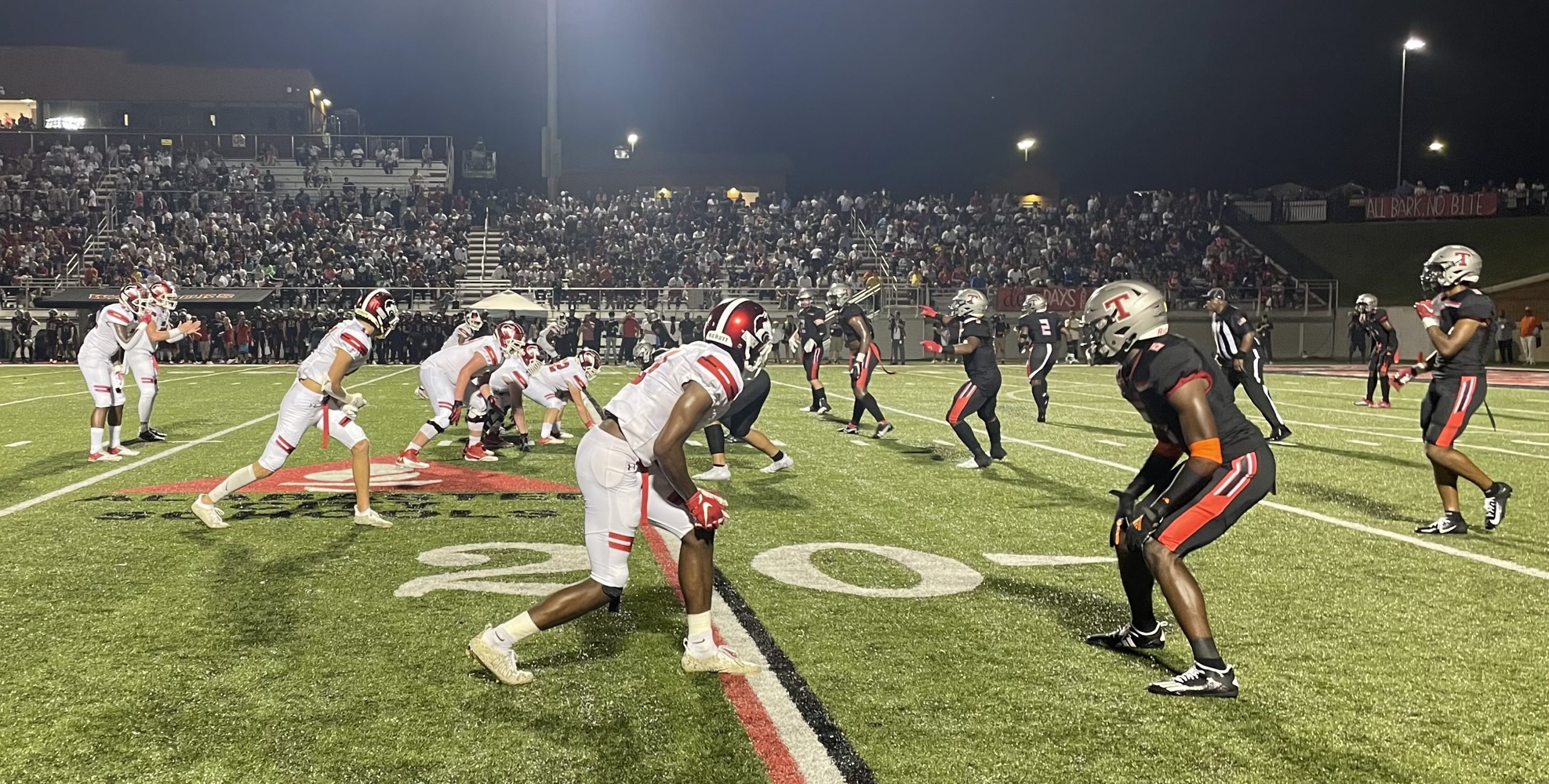 Top-ranked Thompson takes down Hewitt-Trussville in battle of unbeatens

ALABASTER — No. 1-ranked Thompson High School didn’t need help in defeating the Hewitt-Trussville Huskies here Friday night, but they got some anyway in a 42-9 victory. 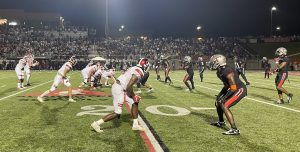 A pair of phantom calls in the first half propelled the Warriors (5-0, 3-0) to a 21-3 lead at the break, with Thompson scoring in short order off of each penalty. The most egregious call was a nonexistent crackback block against Hewitt-Trussville (4-1, 2-1) quarterback Cade Ott Carruth to negate a 14-yard scamper by James Hammonds. On the next play from scrimmage, Carruth had a pass batted into the air and picked off by Jeremiah Alexander for a pick six.

“Man, Alexander was probably the best player on the field tonight,” Hewitt-Trussville coach Josh Floyd said after the game. “He had a great game.”

It was a tough night for Carruth, who was constantly hounded by Alexander. The Thompson defender forced a fumble, got the touchdown interception, and sacked Carruth three times.

The Huskies lost for the first time this season, but they proved that Thompson is human. Not only did the defense hold the Warriors’ offense to its lowest point total all year, but C.J. Curtis kicked a 20-yard field goal as time expired in the first half to get Hewitt-Trussville on the board and maybe take some momentum into the second half.

That was not to be, however, as a blown coverage in the secondary led to a 55-yard touchdown pass from Conner Harrell to Jaylen Ward to open the scoring in the third quarter. The Huskies fumbled the ensuing kickoff, and the Warriors recovered it in the end zone for back-to-back scores. Suddenly Thompson was up 35-0.

While Harrell threw four touchdowns and 206 yards, the tale of the game was Thompson’s defense and its ability to stop the Huskies’ offense. Carruth was 17-of-34 for 140 yards, one touchchdown, one fumble, and one interception. Omari Kelly had 130 of those yards on 10 catches and a touchdown. James Hammonds, who has been carrying the Hewitt-Trussville running game all season, found tough sledding in this game, with only 26 yards on 8 carries.

“They’re obviously a great football team, got ridiculous talent all over the place, but we didn’t give ourselves a good chance with mistakes,” Floyd said. “We gave them a couple of easy ones and you can’t win like that.”

Later that same quarter, Carruth hit Omari Kelly on an open crossing route that Kelly was able to take to the house from 51 yards out to make the score 35-9.

Hewitt-Trussville plays Huffman next week for its homecoming game.