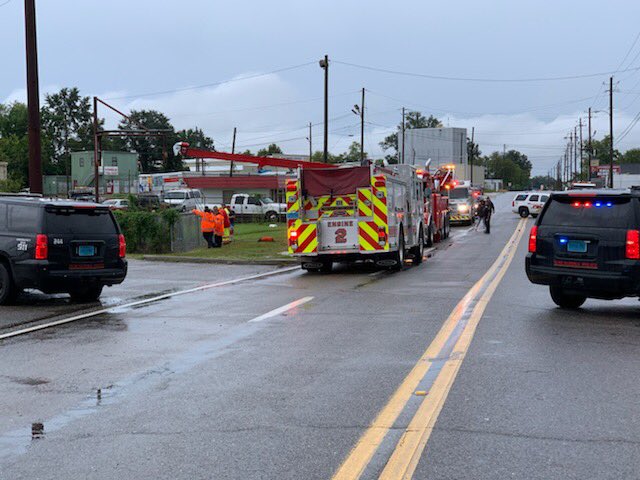 Tuscaloosa firefighters and rescue personnel respond to an emergency call of a driver swept away in flooding on September 18, 2021. (Photo from Tuscaloosa Fire & Rescue's Twitter account)

HUNTSVILLE — Heavy rains continued for a second day in Alabama, this time affecting an area in the northern part of the state. 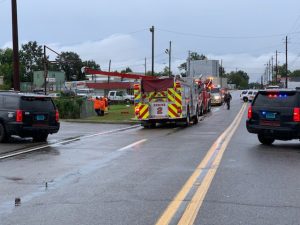 Tuscaloosa firefighters and rescue personnel respond to an emergency call of a driver swept away in flooding on September 18, 2021. (Photo from Tuscaloosa Fire & Rescue’s Twitter account)

The National Weather Service has issued a flash flood warning on Sunday morning, September 19, 2021 for an area west of Albertville and all the way north to the Tennessee state lane, encompassing the eastern part of Huntsville.

On Saturday, rains affected areas of central and west Alabama, including flooding in Tuscaloosa where one man has gone missing after driving through flooded streets.

“This afternoon TFR and TPD recovered a vehicle at Greensboro and 24th Street,” a representative of the Tuscaloosa Fire and Rescue Department wrote on Twitter Saturday night. “The motorist was not with the vehicle and had been reported missing. Crews began to search the area and have suspended the search for the evening. Crews will regroup in the morning.”

Travel in the Birmingham metro area was affected, as Interstate 459 saw at least four accidents between Exit 10 and Exit 32 on Saturday morning, including one four-car wreck that saw two vehicles slam into the concrete retaining barrier that separates traffic on the interstate and another pair of vehicles spin into the ditch on the grassy side of the road near Exit 27.

The National Weather Service predicts heavy rain for the area again on Monday.