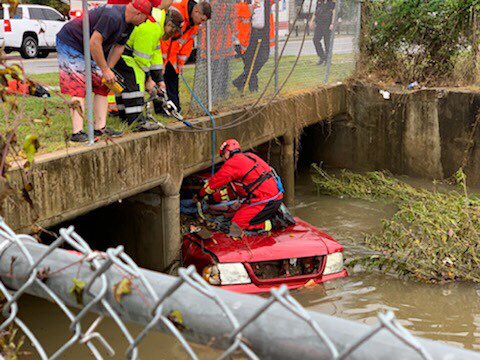 Update: Body of Tuscaloosa driver swept away by flood found

TUSCALOOSA — Authorities here have identified the Tuscaloosa driver who was swept away and subsequently died in Saturday’s flooding. 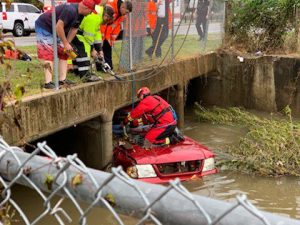 Kelvin Watford’s body was recovered about 7:45 a.m. near 26th Avenue, east of I-359, Tuscaloosa police spokeswoman Stephanie Taylor told reporters on Sunday morning. Watford’s SUV was discovered Sunday morning wedged under a bridge over a drainage ditch on Greensboro Avenue.

Heavy rains continue to bedevil the state, as a flash flood warning was in effect until 10:30 a.m. for areas west of Albertville, the east side of Huntsville, and all the way north to the Tennessee state line. More heavy rain is expected on Monday, according to information provided by the National Weather Service.