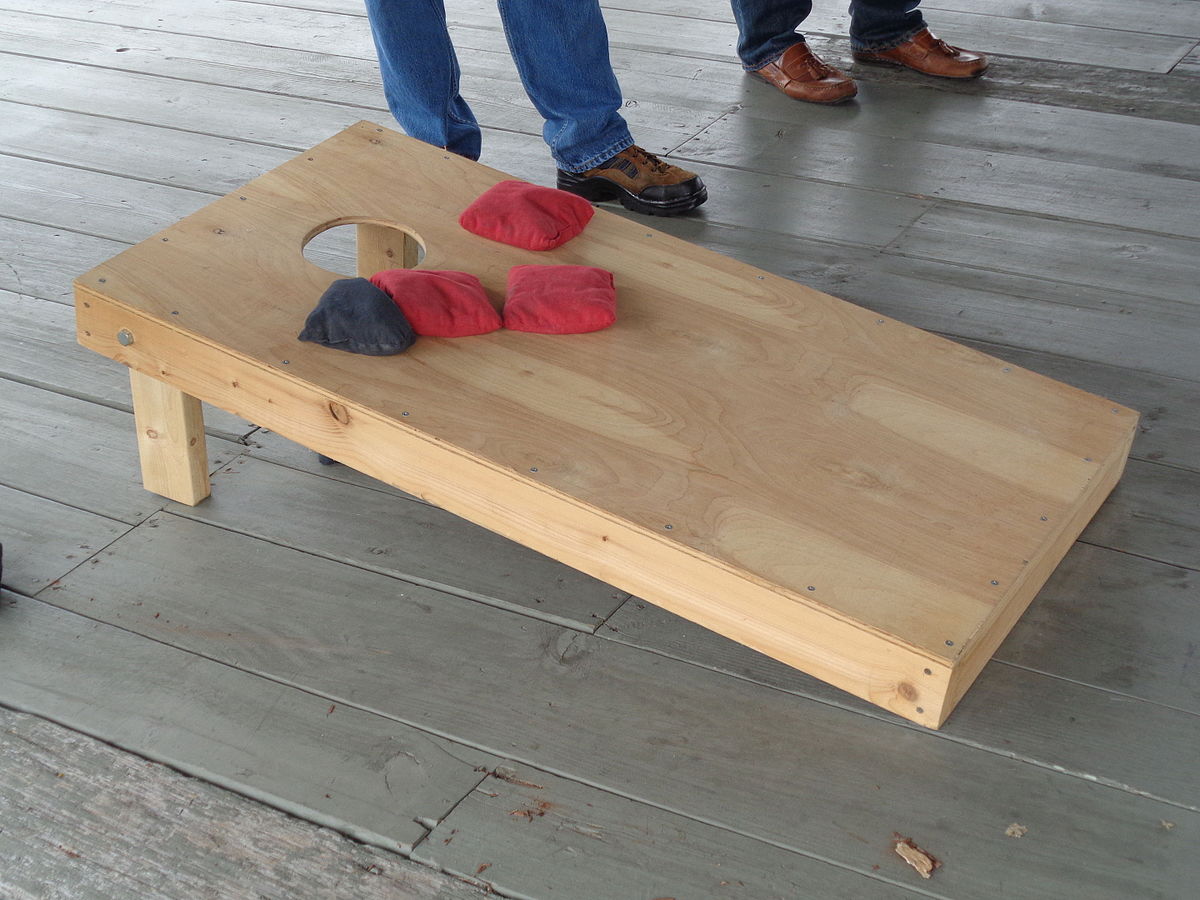 Hannah Caver, for the Tribune,

It is $20 cash per team of two, and interested teams should send an email to bafoundationteam@gmail.com to preregister for the Cornhole Tournament.

DSRCT is a soft-tissue sarcoma that causes multiple tumors to form in the abdomen and pelvic area, but where it begins is usually unknown. The first case of a DSRCT was recorded in 1989; this rare form of cancer has had fewer than 500 cases diagnosed since 1989.

DSRCT is typically not diagnosed until it has reached late stages, making it hard to treat, especially since this cancer is usually resistant to treatment.

Blake Abercrombie was 30 when he went to a routine doctor’s appointment after he experienced stomach pains while on a family beach trip with his wife, Amanda, and daughter, Blakely. Still, this doctor’s visit would be anything but routine when the doctor found not one or two but multiple tumors in Blake’s abdomen and pelvic area.

Blake was initially diagnosed with Ewing’s sarcoma, but an even more rare form of sarcoma cancer was about to shake his world to the core. After receiving more tests, Blake was diagnosed with DSRCT in June 2019.

“I was in complete shock. I had played in a golf tournament the day before,” Blake said. 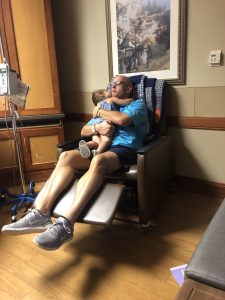 Photo courtesy of the Abercrombies: Blake and Blakely during one of Blake’s chemo treatments.

DSRCT is a rare beast, and to fight a beast, the Abercrombie’s needed the best doctors. That’s when Blake’s oncologist, Dr. Beck, at the Bruno Cancer Center at St. Vincent’s, recommended Blake head to Houston to the MD Anderson Cancer Center to see Dr. Retan.

“It was all very grim and not the best outlook, so we both just turned to our faith because that’s all we really had to lean on, the only positive that we had, that helped us because there wasn’t a whole lot left for us to go off of in a positive light,” Amanda said.

In July 2019, before Blake and Amanda went to Houston and started Blake’s initial set of treatments, they received more shocking news. Amanda was pregnant with a little boy.

“We named him Jack, and the meaning for Jack is “God is gracious,” Blake said.

The surprises did not stop there. When Blake and Amanda returned home from Houston, a group of individuals decided to hold a golf tournament to raise money for Blake’s medical expenses. Thus, the BA Foundation was unofficially born in August 2019.

Forty-five teams of four signed up for the Inaugural BA Open, Battle Against DSRCT Golf Tournament, but when the day came for the golf tournament to take place, clouds formed overhead and showered everyone in rain; however, that did not stop the teams. Rain or shine, the tournament continued, raising $30,000.

Photo courtesy of the Abercrombies: (Left to Right) Ben Parr, Blake, and Drew Upchurch trying to stay dry on the golf cart during the Inaugural BA Open, Battle Against DSRCT Golf Tournament.

“People were out in rain boots, and by the end of the day, people were completely drenched, but they showed up, paid, and played,” Blake said.

Blake explained that there is only a handful of experienced hospitals with DSRCT treatment, the two prominent hospitals being Memorial Sloan Kettering Cancer Center in New York, where DSRCT was discovered in 1989, and MD Anderson Cancer Center in Texas. All the money raised in the golf tournament helps pay for travel to Houston, co-pays, and any other medical expenses they have.

This display of support inspired Blake to continue fighting not for himself but for others struggling with DSRCT. They wanted to spread awareness. Blake explained that both the foundation and “God opening doors and providing opportunities” will help heal him physically.

Blake reached out to his close friend, David Foster, who had experience with UAB’s board and their cancer research board, and asked if he would be the director of the BA Foundation board. Foster agreed, and that’s when everything started to fall into place.

The BA Foundation launched publicly in July 2021 that they were now a 501(c)(3) non-profit and will directly fund research at MD Anderson. The foundation has 14 board members that came together to share the same passion as the Abercrombies.

In August 2021, Blake had the opportunity to spread the word about the BA Foundation and its plans moving forward in an interview with a local news station. Through doing so, he touched the lives of a family in Tuscaloosa. Andrew Gerrard, who happened to catch Blake’s interview, was battling the same rare type of cancer. 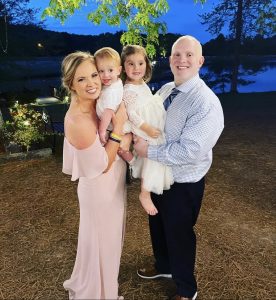 Photo courtesy of the Abercrombies: (Left to Right) Amanda, Jack, Blakely, and Blake.

Gerrard and his sister, Shelly Orr, saw the hope and awareness that the BA Foundation was trying to spread and immediately got in touch with the Abercrombies to join the cause.

“It’s giving hope to those families that are fighting with us now and that may find themselves fighting with us in the future,” Amanda said. “It’s more than money and research; it’s awareness and helping it become more known.”

Blake has been doing some form of chemo treatment since June 2020; whether it be infusions or pills, he continues to fight. His battle is why the foundation is so important to him because it’s rare, and there is no real treatment plan, but together with all the DSRCT cases, the BA Foundation can make a difference.

“People ask how do you do it, and I’m like, ‘It is what it is and you gotta do what you gotta do,'” Blake said. “Just place all my faith in God and know that He is going to take care of me, and to this point, He has, and I firmly believe He will continue to do so.”

The Second Annual Battle Against DSRCT Golf Tournament will take place on November 1, 2021, and as Blake excitedly explains, “it’s already filled up with teams.” 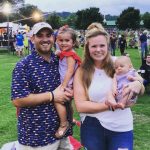 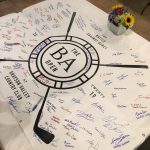 Photo courtesy of the Abercrombies: A banner signed by all who attended the Inaugural BA Open, Battle Against DSRCT Golf Tournament. 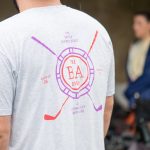 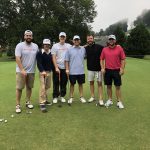 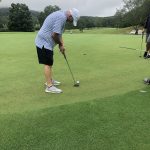 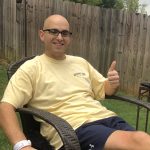 Photo courtesy of the Abercrombies: Blake continues to fight while sharing hope and awareness to everyone.