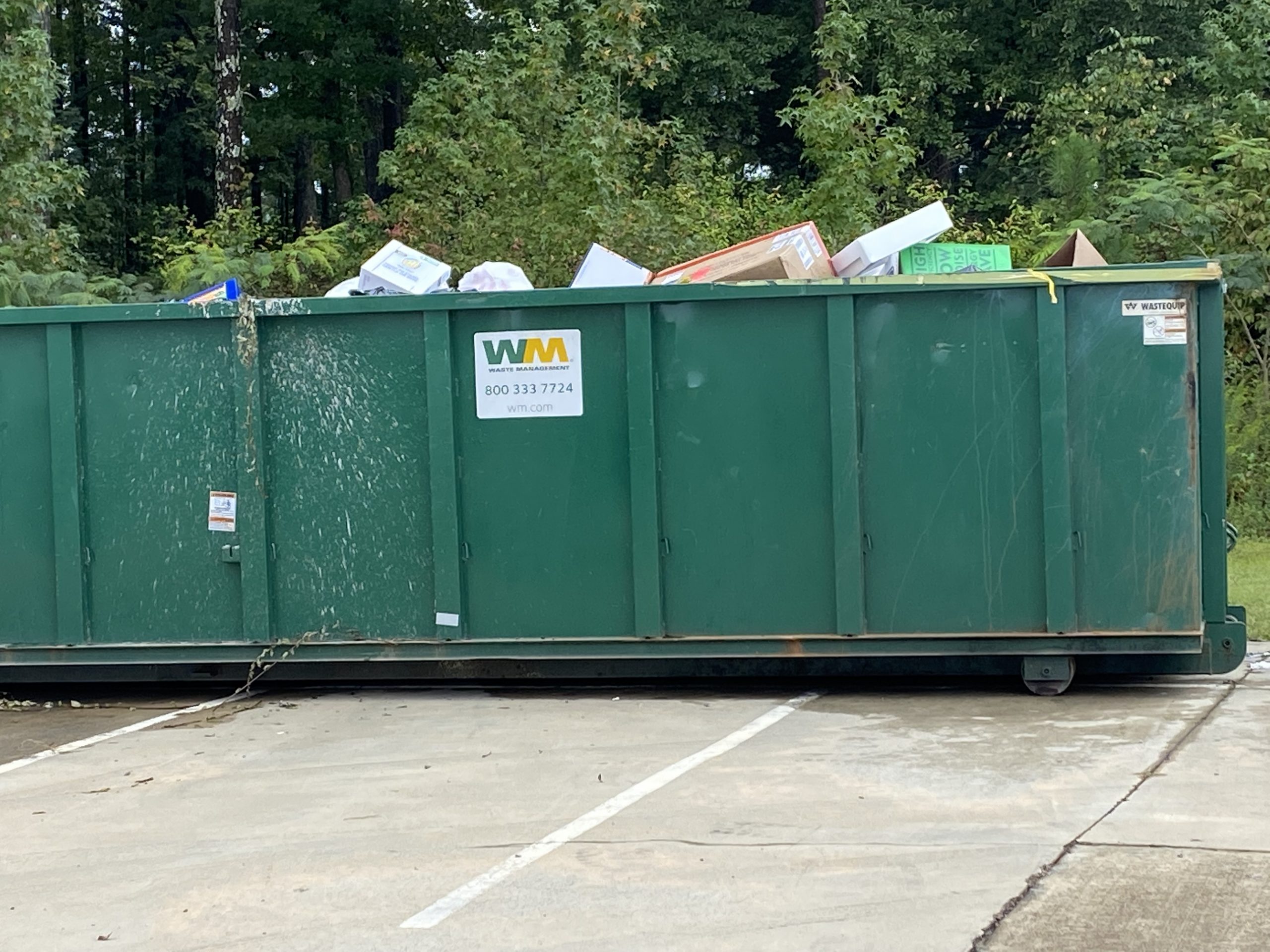 One dumpster was provided for Springville to throw all the excess trash that was overly following from personal trash cans. (Photo by Russell Pitts)

By Terry Schrimscher, for The Tribune

SPRINGVILLE —The Springville City Council approved a motion to reopen bids for the city’s garbage collection service Monday night, September 20, during the second regular monthly meeting. Members of the council agreed on the measure during the work session after discussing ongoing delays with the service. 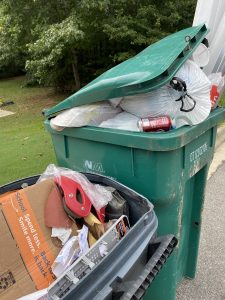 “We obviously have a problem. I understand the citizens are frustrated and have every right to be,” said City Attorney James Hill. “From the perspective of the City of Springville, the law says you solicit bids. We got one.”

In July, the city agreed to rebid services and extended the existing contract with Waste Management through September 1 but did not receive bids from any other vendors.

“We haven’t signed a contract with the one, and I’ll tell you why,” Hill said. “I submitted three versions of the contracts, and every time they send me back contracts with changes.” The Council rejected the existing proposal and agreed to solicit new bids.

Garbage collection problems are not unique to Springville. Cities around Alabama, and the nation, are dealing with similar delays largely attributable to staffing shortages.

In nearby Mountain Brook, which has contracted with Waste Management since 1995, city leaders are asking for patience as they work with the company to improve the situation. According to the Mountain Brook website, the city has already issued $27,000 in fines, and another $37,000 in fines are imminent.

The City of Springville does not currently have the option to issue fines due to the contract negotiations. However, Hill said he believes their agreement allows them to prorate payment for services that could help resolve the problem.

“If y’all want me to draw up new bid specs, I’m going to do them somewhat differently,” said Hill. “I’d like to go ahead and take the dump passes out. I think that is creating a scenario where we are minimizing the number of bidders,” he said. Hill also proposed presenting an option without debris pickup so council members can see the difference in costs.

“In the meantime, I think you should think about the offer the Town of Ragland has made,” Hill said.

The Town of Ragland has extended an offer to send a garbage truck and city driver to help catch up on the missed routes in Springville. Some of the current routes are as much as four weeks behind.

“As long as Waste Management is agreeing to stay with it, I’d like to see it rebid,” said David Vinson, Council member for Springville District 2. Vinson agreed the city needed to explore the offer from Ragland to get trash collection caught up.

The council also approved the following:

The Council moved to an executive session on trade and commerce to close the meeting.