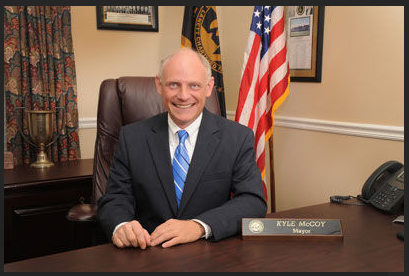 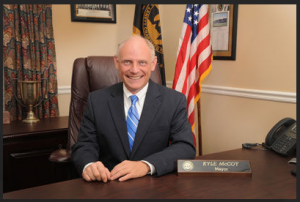 McCoy pleaded guilty this morning in Chambers County Circuit Court to two charges of using his official position or office for personal gain. As a result of his felony convictions, McCoy was immediately removed from office as mayor and is barred from holding public office in the future.

According to a plea agreement, McCoy admitted that he used his position as mayor to provide a City-owned Chevrolet Tahoe to a family member for seven months. McCoy’s family member was not employed with the City of Lanett and had no government purpose in possessing the vehicle. McCoy’s unlawful actions resulted in his personal gain, which included savings on the cost of a replacement vehicle and insurance and money for fuel and maintenance.

McCoy further admitted using his position as mayor to avoid paying for City utility services (gas, electric, water, sewage, and garbage) on seven different accounts. Beginning at various times between June 2017 and April 2018, McCoy ceased paying utility bills. By August 2019, McCoy owed more than $41,000 to the City of Lanett. At that time, McCoy directed a City employee to hold these accounts, which resulted in McCoy no longer incurring minimum fees, late charges, and his accounts being removed from the City’s “cut-off” list. McCoy paid the $41,232.84 balance seven months later in March 2020, but he did not pay any late charges or minimum fees for the period his accounts were on hold. According to a plea agreement, McCoy agreed to pay those unpaid fees and charges, which equal $2,069, as restitution to the City of Lanett.

“McCoy’s actions are appalling violations of the citizens’ trust and brazen abuses of his authority as mayor,” said Attorney General Marshall. “The people of Lanett deserve leadership with honor and integrity. It is important that McCoy now is removed from office, that he may not be in a position to betray the public trust in the future, and that he is being held to account and punished for his crimes.”

Chambers County Circuit Judge Steve Perryman set a sentencing hearing for October 26 at 1 p.m. McCoy faces penalties of two to 20 years imprisonment and fines of up to $30,000 for each of the two convictions, which are class B felonies.