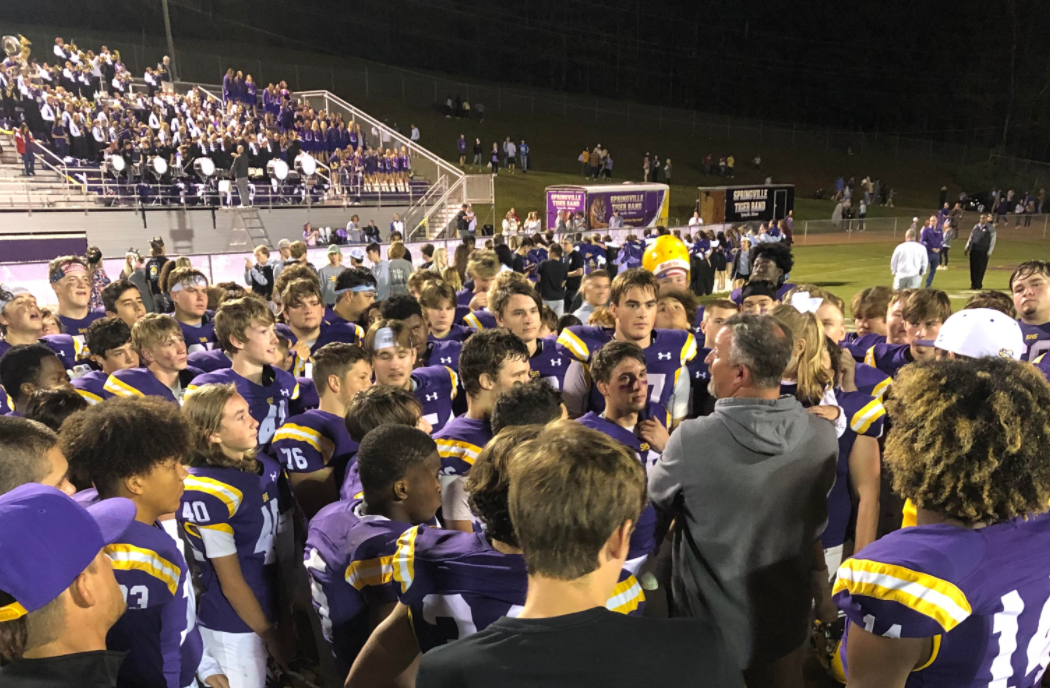 SPRINGVILLE — The Springville Tigers welcomed the Fultondale Wildcats to Tiger Stadium Friday night for a homecoming showdown. While Fultondale put up a fight early, the Tigers would flex their muscle and defeat the visiting Wildcats 42-14. 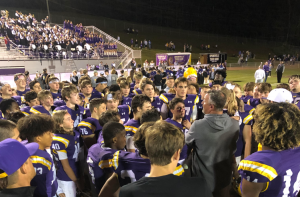 Fultondale won the toss and took the ball first, driving it down the field and finishing the drive with a 1-yard touchdown run by Demarion Hatten to put the visitors up 6-0. On the ensuing kickoff, Springville’s Jamel Williams would get the ball at the 23 and return it 77 yards to put Springville on the board and tie the game at 6 with 6:37 to go in the opening quarter.

Fultondale would be held to a punt on their next possession and give Springville a short 36-yard field to work with. On a third and 10 play from the 35, Ashton Frye would find Johnny Wolf for a touchdown pass. A successful 2-point conversion put the home team up 14-6. Fultondale’s next drive would start at the 2-yardline and on a third and 8 from the 4, a pass behind the line of scrimmage would be dropped and Springville’s Luke Richardson would fall on it in the end zone to widen Springville’s lead to 21-6 and that is how the first quarter would end.

“We scored in all three phases of the game in the first quarter. We got an offensive, defensive and a special teams score. I don’t know if I’ve ever seen that in a game,” coach Jon Clements said of his team’s first quarter performance. “That was a good thing to get us kickstarted, but we got back in that lull, where when we think the games over with and all of a sudden, they score again and here we are in a one-possession game. We’ve got to do a better job of sealing the deal.”

Fultondale started the second quarter with the ball and at the 7:00 mark, quarterback Wyatt Styles found Hatten for an impressive 42-yard strike and the visitors’ bid to ruin homecoming was looking better and better as they closed the gap to 21-14. The teams would trade punts and then Springville would put together a drive from their own 19, capped off by a 18-yard run to paydirt for Mahlon Alverson, who carried most of the running load for the Tigers, with 14 seconds left in the half.

Springville went to the locker room with a 28-14 lead. “Mahlon just shows up every day. Patrick got hurt a couple of weeks ago and we put Mahlon in the game and all of a sudden, things started happening,” said Clements.

The third quarter was scoreless, but the Springville Tigers were not done by any means. With 8:12 left in the fourth quarter, Frye found Robert Splawn on a nice screen pass for a 13-yard touchdown.

Fultondale’s next drive was cut short when Jacob Neal picked off a Styles pass and set his team up near mid field. Patrick Bennett would carry the load on this drive and cap off the scoring with a 4-yard run on a first and goal, making the final score 42-14, giving Springville a 3-2 record heading into the second half of the season.

Springville welcomes Southside Gadsden next week for a region matchup.