TRUSSVILLE — The Trussville Police Department (TPD) responded to a car burglarized at Urban Air Trampoline and Adventure Park on Sunday, September 19, around 7:30 p.m. 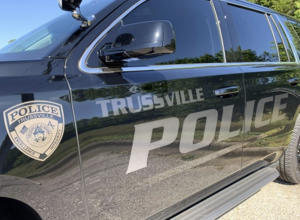 According to TPD, when a parent waiting for her children inside the business returned to her vehicle, she noticed that $2,000 in cash was missing from her center console.

Subsequently, a security camera video established that a man had approached her car, and it entered it while she was inside the establishment. The man was inside the car for around 10 minutes.

The suspect responsible could face charges including unlawful breaking and entering a vehicle and theft of property second-degree.

No other items were reported missing.