BIRMINGHAM — Gunfire outside a high school football stadium shuts down homecoming game during overtime on Friday, September 24, at 9:47 p.m. 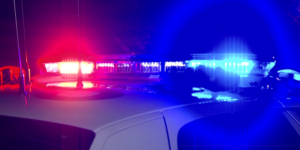 Fairfield High Preparatory School was hosting their homecoming game against Jackson Olin High School when shots rang out behind the visitor’s stands.

According to the Jefferson County Sheriff’s office, deputies responded to shots fired behind the visitor’s side of the stadium and found a man suffering from a gunshot wound. Reportedly the shots were fired from an abandoned house near the stadium.

The victim was tailgating when he was struck and did not believe he was being targeted. He was transported to UAB Hospital with non-life-threatening injuries.

Deputies searched the area and did not locate the suspect. Jefferson County Sheriff’s office is continuing to investigate the incident.

The game is set to resume play Saturday, September 25 at noon.