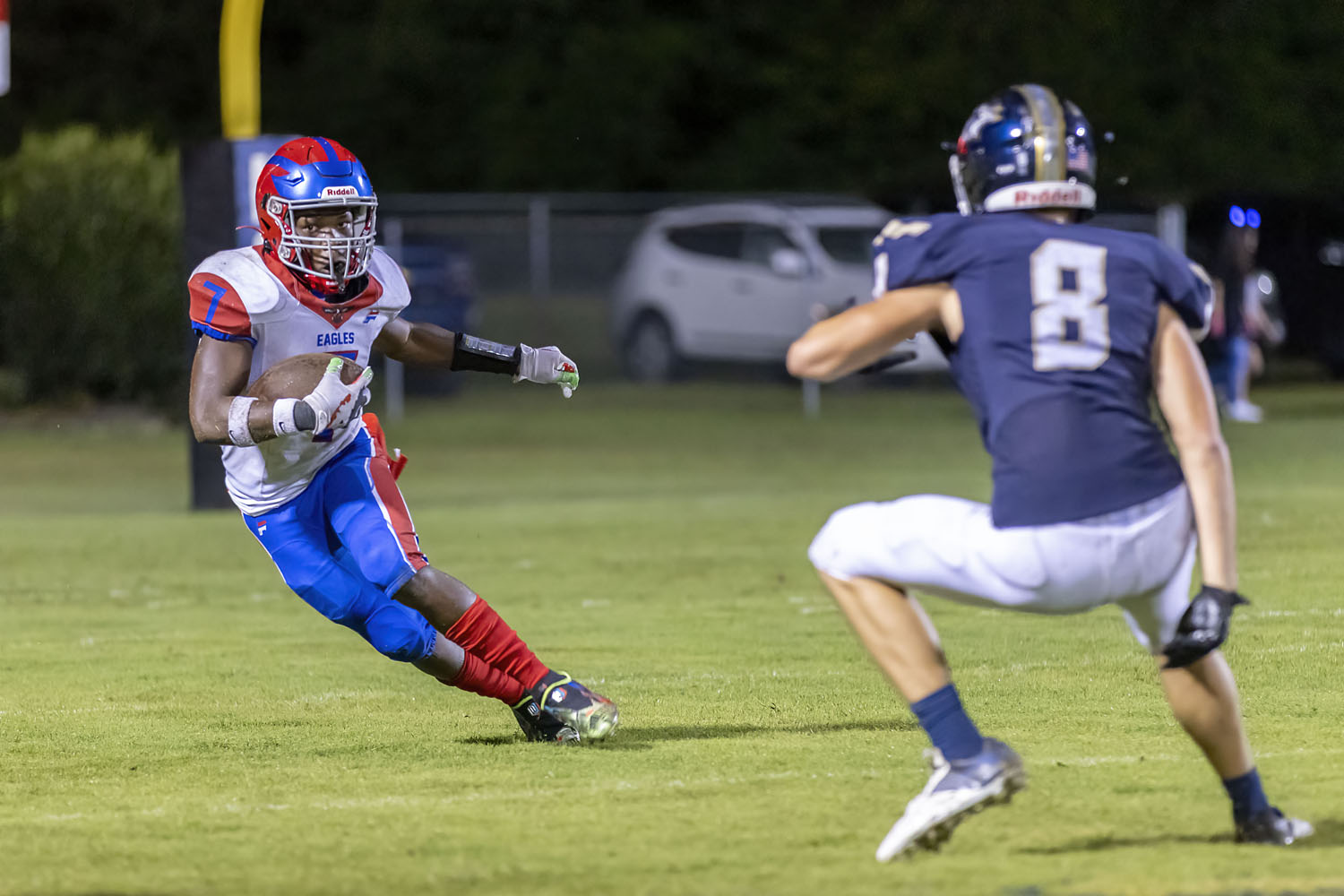 File photo: Center Point's Troy Bruce jukes a defender earlier during the 2021 season. Bruce carried the ball 29 times for 209 yards against Anniston in a 32-22 win on September 24, 2021. (Photo by Ron Burkett) 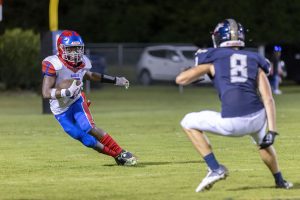 File photo: Center Point’s Troy Bruce jukes a defender earlier during the 2021 season. Bruce carried the ball 29 times for 209 yards against Anniston in a 32-22 win on September 24, 2021. (Photo by Ron Burkett)

Troy Bruce is one of the main reasons the Eagles are flying high, currently tied for the third playoff spot in 5A Region 6. In last week’s game against Anniston, Bruce had his best game of the season and led Center Point to a 32-22 victory. The junior running back carried the ball 29 times against the Bulldogs for 209 yards and four touchdowns.

“I firmly believe that he’s pound-for-pound the best running back in the state,” Center Point head coach George Bates said. “I know that I’m biased, but what he does for us — carrying the ball 20-plus times a game, is huge. He rises to that challenge, too. He knows that as a player, he’s the face of our program. He’s mature beyond his age. He’s the epitome of what we want our players to be at Center Point.”

Bruce simply was the offense for Center Point in the first half, scoring twice in the opening frame on runs of 8 and 1 yards. He then took the rock to the house for his third score of the half when he went into the end zone from 2 yards out with 1:55 left in the second quarter to make it 19-0 at halftime.

Bruce wasn’t done, though. He scored his fourth touchdown with less than a minute gone in the third quarter to make it 25-0 against a talented Bulldog team.

That’s why Troy Bruce is The Tribune’s Player of the Week.

Bruce is hitting his stride as the Eagles have now passed the mid-season mark. Center Point is currently tied with Corner for the third playoff spot in the region.

Bates has a soft spot for Bruce, who wears the coach’s old number from his playing days.

“My number was 7,” Bates said. “He was the first freshman we put that number on when we started building the program here.”

As talented as he is in the Eagles backfield, Bruce is also a respectful and student in the classroom.

“You can ask any teacher in the building,” Bates said. “They love him.”

It seems that the only folks who don’t love Bruce are the players that have to line up against him on defense every week. On Friday night, that will be Leeds, who defeated the Eagles 17-14 last season.