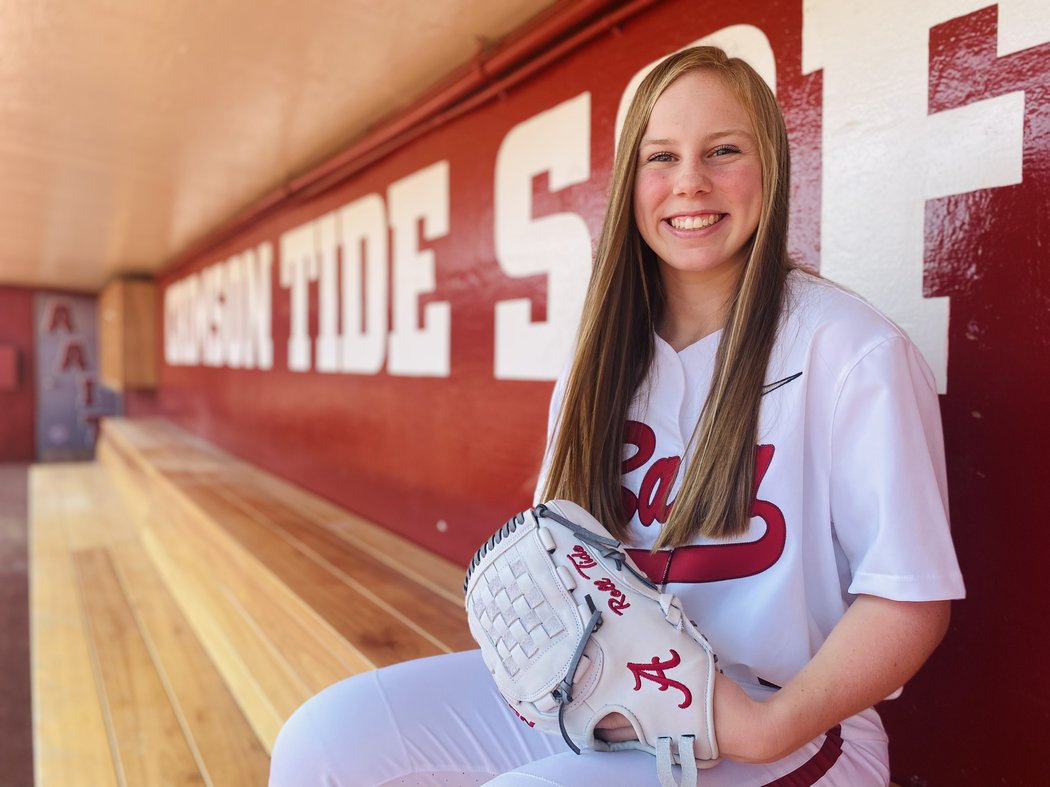 Kenleigh Cahalan, the reigning 7A Hitter of the Year and a member of back-to-back softball championships at Hewitt-Trussville, has committed to play for Alabama after graduation. (Photo courtesy of Kenleigh Cahalan)

TRUSSVILLE — For Hewitt-Trussville junior shortstop Kenleigh Cahalan, choosing where to play college softball came down to LSU or Alabama, and in the end, the Crimson Tide just felt more like home. 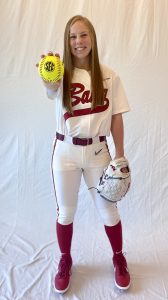 Kenleigh Calahan committed to play softball for The University of Alabama after an official visit to the Capstone earlier this month. (Photo courtesy of Kenleigh Cahalan)

Cahalan, 16, made the All-State team in June 2021, is the reigning 7A Hitter of the Year and an integral part of the Huskies’ back-to-back state championship teams. When she graduates in 2023, she’ll play ball at the Capstone.

As a fan, she’s seen Rhodes Stadium on Alabama’s campus rocking during the SEC Tournament. Walking onto the field during her official visit earlier this month made it even clearer: She belonged at Alabama.

“My top two schools were Alabama and LSU,” Cahalan said. “I was looking to play in the SEC and trying to find the best fit. Alabama just felt like home to me.”

Alabama has the added plus of being closer to home so that her parents can watch her play in college.

The 16-year-old throws right and bats left. As far back as she can remember, she’s been on a ballfield. And most of that time, she’s been an impact player.

“I guess I started playing when I was three or four years old,” Cahalan said. “I just loved it as soon as I stepped on the field. My mom and dad got me into it, and I’ve always loved it, always wanted to play.”

Cahalan plays nearly year-round. A member of the Birmingham Thunderbolts 18P, she consistently works on her craft in the field and at the plate. The consistent work keeps her in form.

“It helps me get reps all the time,” she said. “I don’t have to get back into things at the start of the season. I feel like being able to get more reps, I can go into the season being prepared.”

What’s next for Cahalan? Back-to-back state titles, committing to Alabama, winning individual honors … in some ways it seems like she’s done everything she’s wanted to. But that’s not really the case, she said. While the junior is looking forward to the season, trying to win a third straight championship, she’s most concerned with the way she and her teammates have bonded. It’s a bond stronger than wins or losses, and it’s something that she’s grateful for.

“Winning state is great, but being on this (Hewitt-Trussville) team is about being with my teammates and continuing to build the relationships we have,” Cahalan said. “Most of these girls, we’ve been playing together our whole lives.”