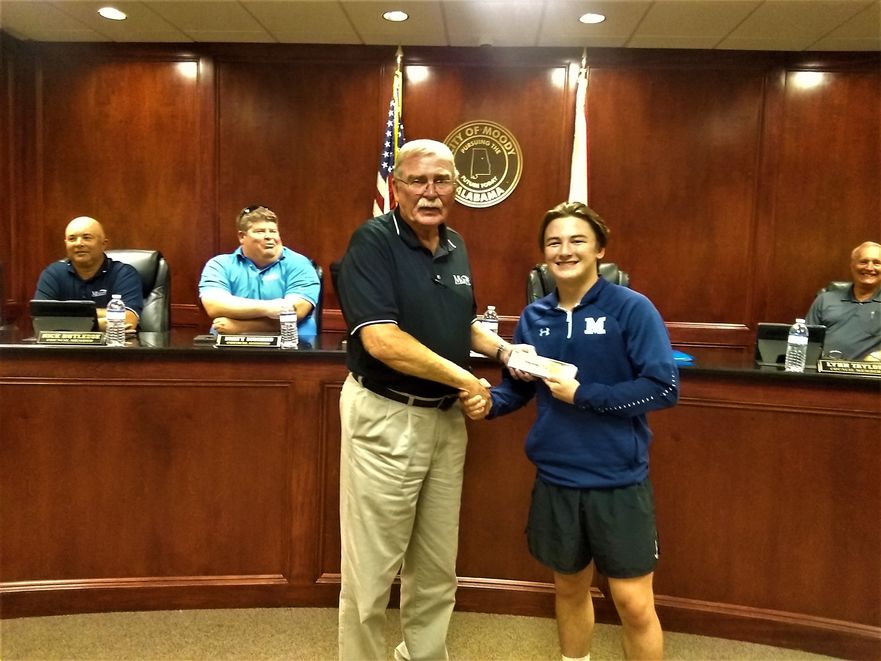 Joe Lee (left) presents a key to the city to Cory Land (right), who represented the U.S. in a world wrestling championship in Hungary. (Photo courtesy of Nathan Prewett)

MOODY – Moody’s local wrestling star, Cory Land, was recognized for his achievements, representing the U.S. at an international championship at a meeting of the Moody City Council on Monday, September 27. 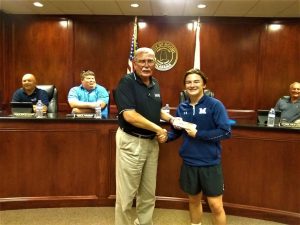 Joe Lee (left) presents a key to the city to Cory Land (right), who represented the U.S. in a world wrestling championship in Hungary. (Photo courtesy of Nathan Prewett)

Parks and Recreation Director Mike Staggs presented a list of Land’s accomplishments, namely that he is a state champion, as well as a multi-time national champion, multi-time All-American, two-time USA World Team member, received a 2021 silver world medal, and was recently signed with the University of Northern Iowa.

“We’ve recognized a lot of people in this room over the years,” Staggs said. “A lot of things locally, several things on a state level and several nationally, but this is probably the first time we’ve recognized somebody from a world perspective.”

Mayor Joe Lee presented Land with a key to the city. Then, to Land’s surprise, Lee told him that he had been selected to be the grand marshal for the city’s Christmas parade this year.

“Not too many of those folks around, so being selected to be grand marshal out of 14,000 people is a big deal,” Lee said.

Afterward, the council approved several requests before approving an asphalt project for James Taylor Road. The project is not to exceed $305,000 and was approved unanimously by the council.