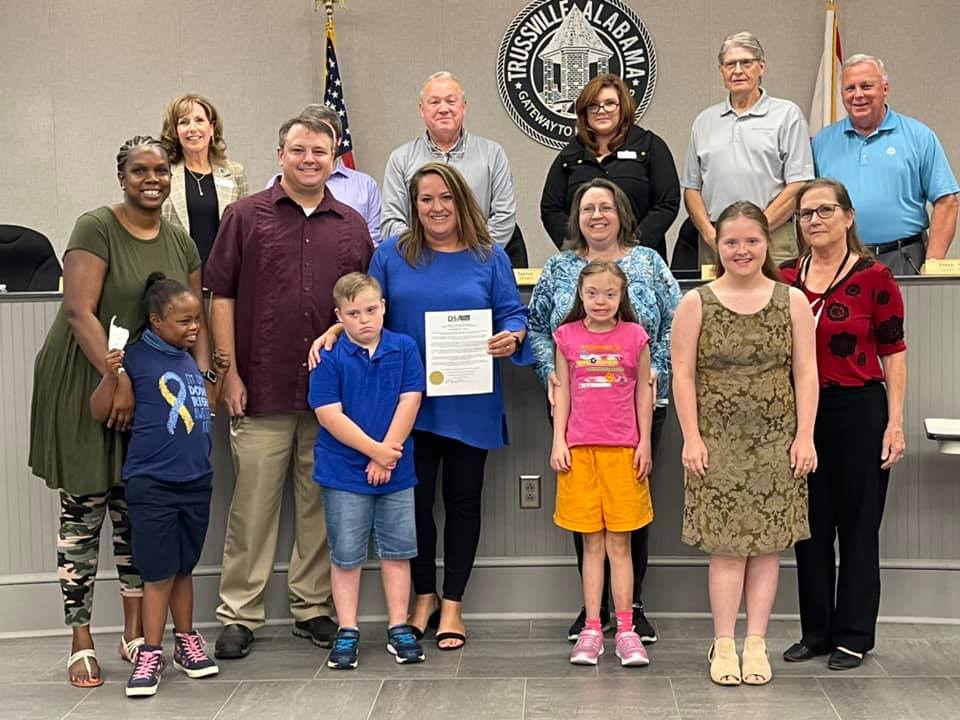 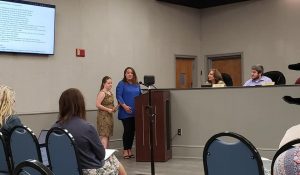 Along with October being Down Syndrome Awareness Month, Trussville City Council declared Friday’s day of recognition at their most recent city council meeting.

A proclamation encourages all Trussville residents to share positive stories and tag Down Syndrome Alabama (@DSAcares) beginning tomorrow.  The goal is to spread awareness throughout October put a focus on different perspectives.

The council “invites everyone to join them on Thursday, October 21, in our quest to turn Trussville and Alabama blue and yellow by wearing blue and yellow, share a picture, tag @DSAcares, and start conversations to spread awareness about Down syndrome,” Trussville mayor Buddy Choat stated. “October 21 was chosen because it represents the three copies of the 21st chromosome that makes people with Down syndrome extraordinary. It’s a great way to show your support.”

Stephanie Langford, President of the Board of Directors for Down Syndrome Alabama, addressed the council.

Langford said her son, Zac, rocks an extra chromosome just like he is learning to rock the piano, she said. Hannah Baker, a self-advocate making a positive impact in the Trussville community, also addressed the City Council. Baker was the 2020 Hewitt-Trussville Homecoming Queen and worked at the Trussville Chamber of Commerce. Baker is now attending Mississippi State Access online and is getting ready to perform at the First Light’s Dancing with the Stars of the Magic City.

There are other ways to show support during October. Join Rob Langford up at Slag Heap Brewery on October 19, starting at 6 p.m. as he hosts his sing-a-thon in honor of his son. Rob will sing anything for a donation to DSA. Or join the Step Up for Down Syndrome Walk on October 24 from 12:30 p.m. – 4:30 p.m. at Veterans Park in Hoover. It’s a family-oriented event with something for everyone. Bring tents and chairs and enjoy the day at the park with entertainment, food trucks, and activities for the kids. Register online at www.downsyndromealabama.org/step-up-for-down-syndrome/.