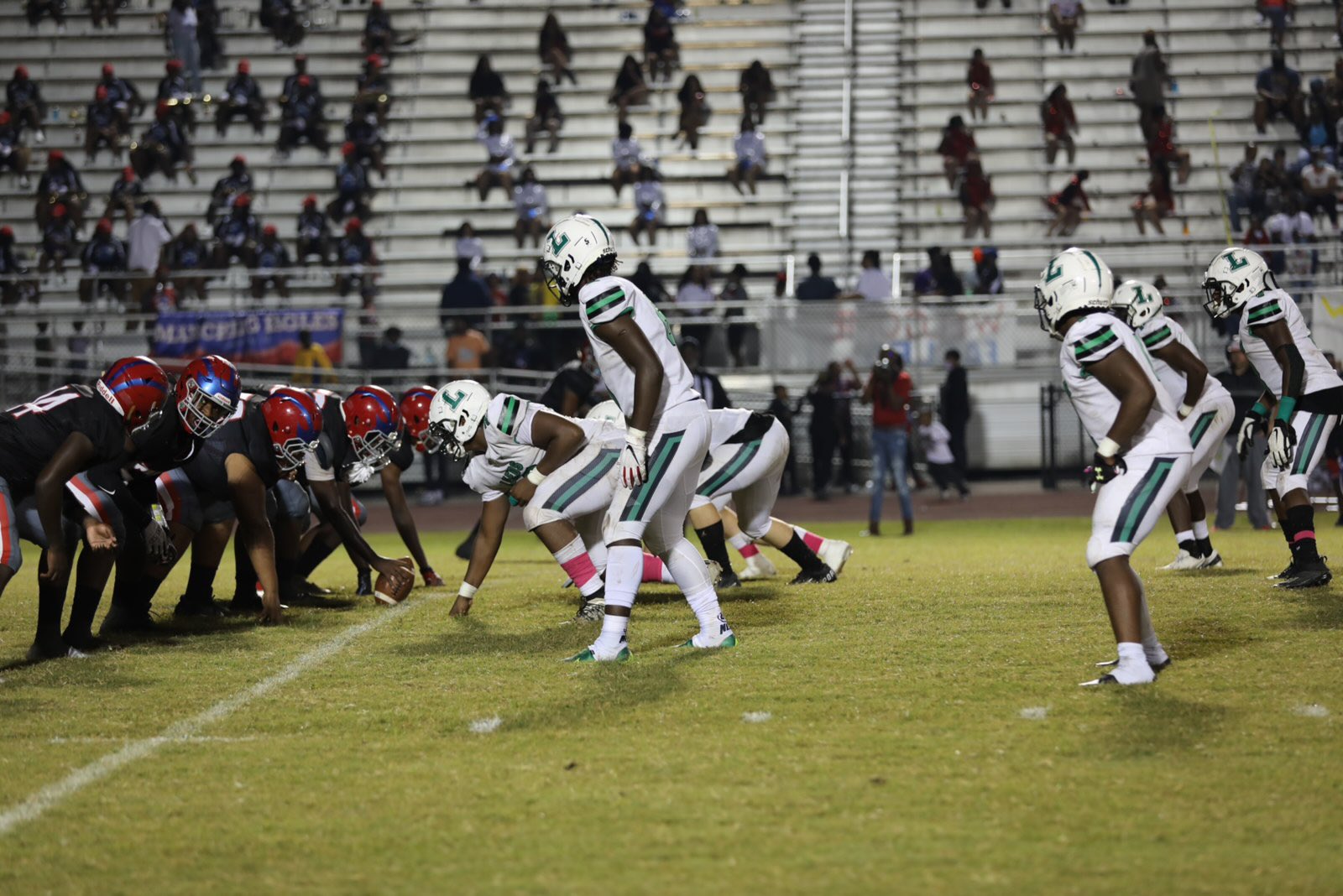 By Will Heath, for the Tribune

CENTER POINT — CJ Douglas said it as plainly as he could.

“Any team that scores on us, we take that personally,” Douglas said Friday. 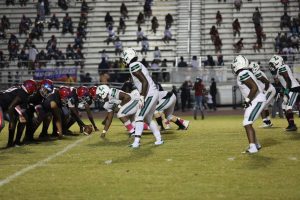 The Leeds junior had nothing to take personally at Bowman Field in Friday’s 5A Region 6 matchup. The Green Wave defense forced 6 Center Point turnovers, limited the Eagles’ potent rushing attack below 150 yards and held them out of the end zone all night, in a 28-0 victory.

“We played the way that we should play every game,” said Douglas. “Which is physical, and we trust each other.”

The Green Wave (7-0, 4-0) forced Eagle turnovers on each of the first two possessions in the first quarter, to set up the offense deep in Center Point territory. By halftime, Center Point (4-3, 2-2) had turned it over 4 times, and Leeds was up 21-0.

The focal point for the Green Wave was Center Point’s two-headed rushing attack of Troy Bruce and Jabari Collier, which managed 133 yards for the game. Leeds managed to virtually shut out the Eagles’ passing game, as Collier completed only 2 of his throws for 3 total yards, and was intercepted twice.

Leeds’ Tanner Chambers came up with two of those interceptions, and senior Josh Ruff had the other.

The offensive star was instead Leeds senior Rametrius Yelverton, who alone accounted for 167 yards and all 4 of the game’s touchdowns.

His second touchdown broke the game open, a 41-yard catch-and-run from quarterback Jarod Latta. Yelverton broke 3 tackles at the goal line to finish the run.

Late in the first half Leeds took firm control of the game, taking advantage of another short field following a short punt. Latta found Ruff to convert a 4th-and-7, and Yelverton lined up under center to sneak in for a 1-yard TD that came with 6 seconds remaining in the half. By the time Center Point’s Homecoming court made it to midfield for the halftime ceremony, the home team trailed 21-0.

“We got to learn how to play on a big stage, because we wet the bed tonight,” Bates said.

“I think (the shutout) meant a great deal to (the defense),” said Hood. “Center Point has tremendous athletes.”

Both teams will be on the road in region play next week. Center Point travels to Hayden, while Leeds will visit St. Clair County.