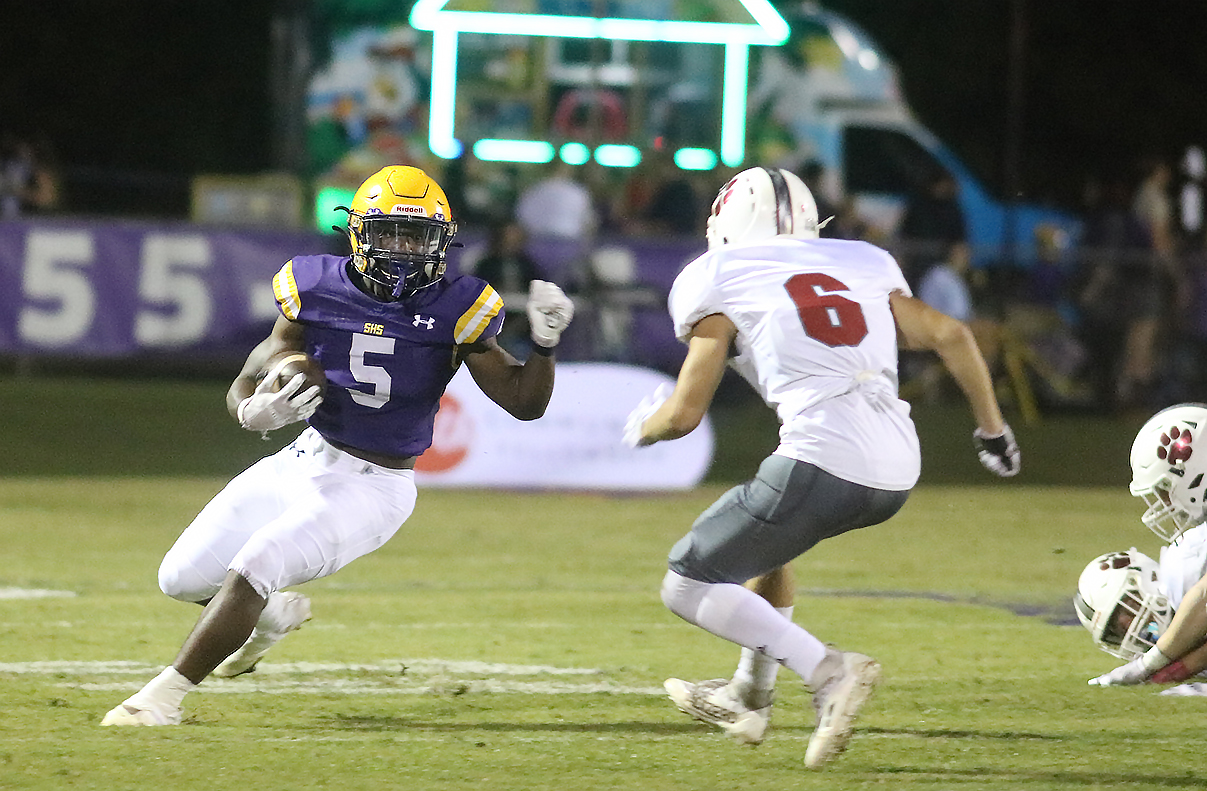 Springville's Patrick Bennett looks for running room against Southside Gadsden on Friday night, October 1, 2021. The Tigers need to beat Oxford tonight and then get some help to sneak into the 6A playoffs.(Photo by Josie Howell, The St. Clair Times)

SPRINGVILLE — Southside (Gadsden) came into Tiger Stadium on Friday night and snuck away with a hard-fought win in game that saw both defenses go toe to toe like two heavyweight boxers, taking the 13-6 victory back home with them. 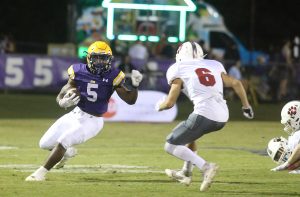 “These kids, they look at me and they want to see success,” Tigers head coach Jon Clements said after the loss. “I want them to see success. That’s what hurts me more than anything tonight. I wanted this win for them.”

Springville came out swinging in their first few plays, marching the ball down to the 36-yardline. From there, John Wolf would attempt a long field goal that would fall just short, and give Southside the ball, headed the other way. The rest of the first quarter, much like the entire game, would see a defensive tug of war between the Tigers and Panthers, ending in a 0-0 tie.

Southside opened the second quarter with an 18-yard touchdown pass from Brooks Nesmith to Cayden McMichael for the first score of the game at the 10:36 mark of the second quarter. Springville would have an opportunity to score later on in the quarter when Southside lined up for a punt and the ball sailed over the punter’s head and the Tigers recovered at the Panther 21. From there, Ashton Frye took the ball on a third down play and got the first down at the 11. On the next play, Frye would throw into the end zone, but the ball would land in the hands of Southside’s Carson Riddlespur to end that drive. The Tiger defense would continue to hold and, after Cody Abts sacked Nesmith on a fourth down, Springville would go into the locker room down only 7-0. “We are shooting ourselves in the foot,” Clements exclaimed as he walked off of the field.

Southside started the third quarter with the ball and gave the ball to their workhorse running back Everett Grizzard 6 times on the drive, capped off with a 6-yard run into the end zone, widening the gap to with 8:55 to go in the third. Both offenses would stall out and the quarter would end with a 13-0 score in favor of the visiting Panthers.

The fourth quarter would provide some excitement as Springville would have the ball to start and Ashton Frye would find John Wolf for a 14-yard touchdown with 9:11 to go in the game, giving the Tigers hope of coming back and winning the game. Both defenses would once again hold strong and Springville would find themselves with the ball and less than 2 minutes to do something with it. Frye and company would take advantage of an unsportsmanlike penalty against the Panthers on a third and long and give themselves a chance at victory with just seconds left on the clock. They would get as far as the 19 where, with 2 seconds left, Frye would attempt to find Wolf again, but instead would be picked off to end the game.

“I’m proud of our defense,” said Clements. “They just show up everyday ready to work, man. If they keep showing up, we’ve got a chance. We’ve just got to figure it out on offense.”

Springville travels to Pell City next week in another region matchup.