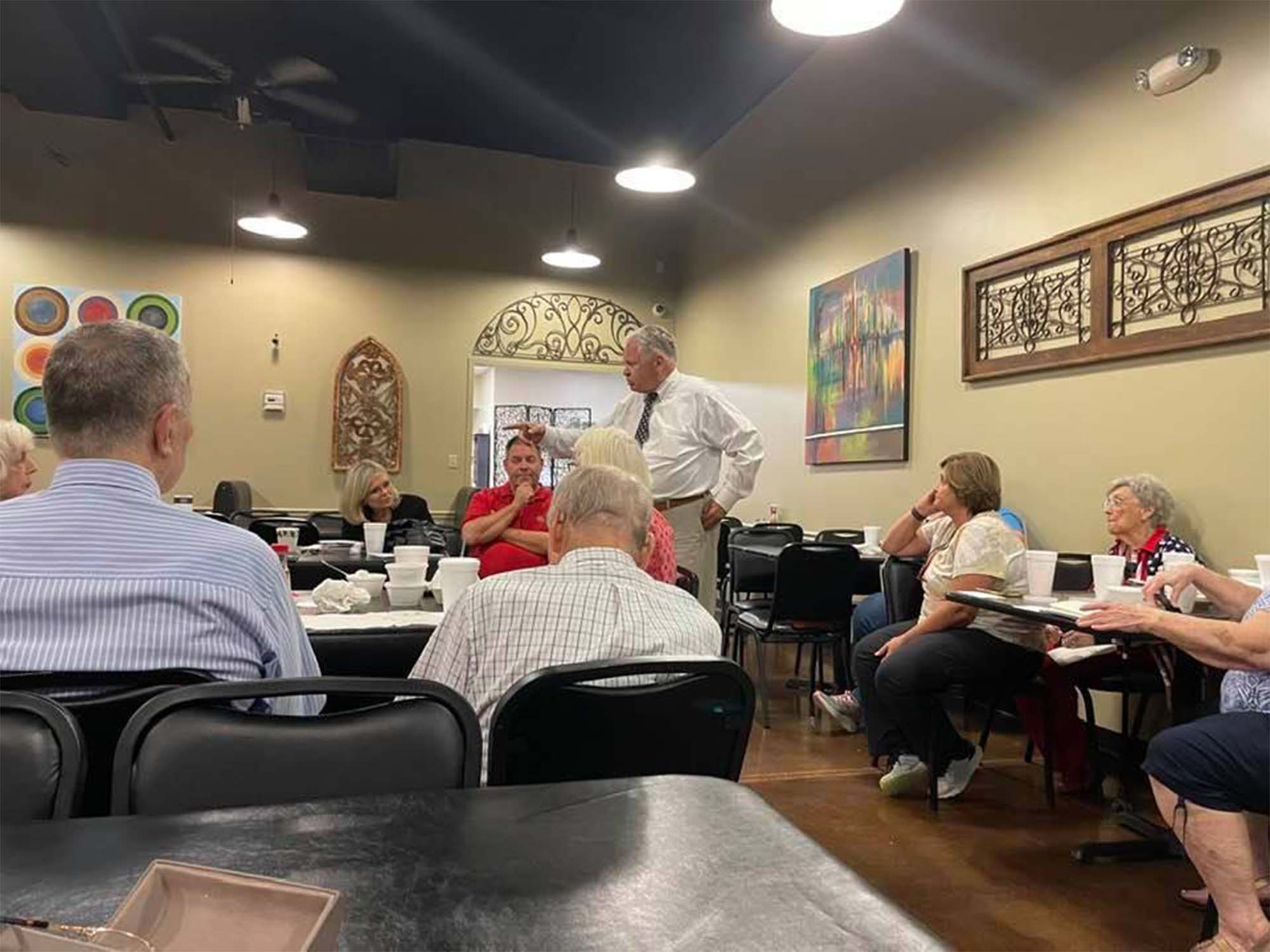 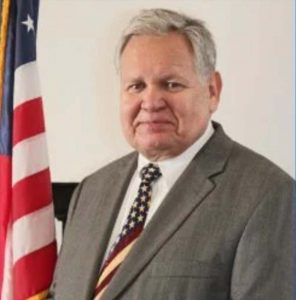 Ziegler stated that while he has not made an official announcement regarding his campaign to run for Alabama Governor, he has filed campaign documents with the Secretary of State. He explained that he is doing everything he can to gain east Jefferson County citizen’s trust.

“I’m doing more to try and win your vote than all the others put together,” Zeigler said.

He explained that he would potentially host an event and invite several news outlets to cover the announcement if they officially announced his run for governor.

“We would like to have an event or something that will get state news coverage,” Zeigler said. “We might even do it down here at Ferus.”

Zeigler explained several points he viewed Governor Kay Ivey’s initiatives as “flawed” and his goals to do the best for Alabama’s citizens. He said he wanted to say connected and available to the people of Alabama, so they see he had their best interest at heart.

He explained his opposition towards Governor Ivey’s gas tax initiative rolled out in 2019 was “run over” and will be the last time the governor will “run over” the citizens of Alabama.

In addition to the gas tax, Zeigler shared Governor Ivey’s plans to place tolls on bridges and roads all over the state. These include the I-10 toll bridge over Mobile Bay requiring motorists to pay $6 each time they pass. Although the Metropolitan Planning Organization had to approve the project, Ziegler said Mobile County and Baldwin County people who were opposing the tolls were contacting their local mayors and council members.

“When it came up for a vote before the Eastern Shore Metropolitan Planning Organization, we beat it with an eight to one vote, and the only vote we lost was ALDOT,” Zeigler said.

Also, Zeigler stated that “Ivey and the Insiders” wanted the legislature Amendment 1 “it would have been the Montgomery Insiders taking over that huge education budget.”

Zeigler explained how he and his wife co-chaired vote no on Amendment 1, the Alabama Appointed Education Board Amendment, and on March 3, 2o2o that achieved 75 percent no vote of us the people.

Finally, Zeigler said that Governor Ivey’s $3 billion Ivey prison rental plan is “flawed.” He explained that he and hundreds of other activists researched the plan and “found legal flaws, financial flaws, construction flaws.”

He asked how Governor Ivey’s prison plan would help suicide prevention in prisoners, mental health services or the lack thereof, recidivism in repeat offenders, or rehabilitation? After bringing up the “flaws” in the plan, all investors back out of the agreement. However, the new plan for the prison system will be one-third less than the original plan, and it “has us at the state building using low-interest bonds, instead of winning them, so it’s a much better plan,” Zeigler said.

Zeigler explained that he had created a ten-point plan and sent it to 139 legislators, and they picked which ones they wanted. The plan he made stated is “building our prisons rather than using low cast bonds.” Zeigler added that prisons in several counties are not in use and could be “up and running in two days.”

Zeigler said he believes that the people of Alabama can come together and get fundraisers to “bring this thing back around.”

“We’ve got to get the word out to the general public as to what’s going on in Montgomery,” Zeigler said. “I’ve been often the only elected official in Montgomery that’s been fighting it for the last six years.”