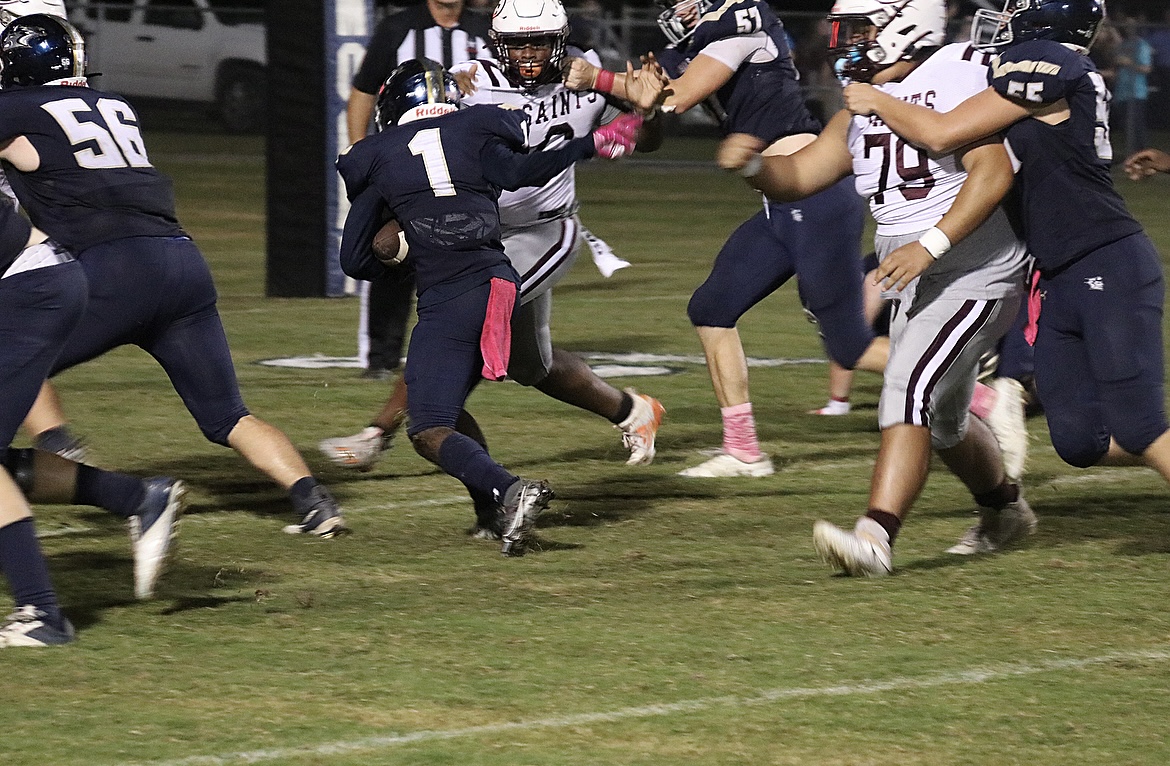 Nick Burrell rips through the saints to score another Blue Devil touchdown. (Photo by Hannah Caver) 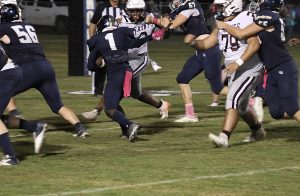 Nick Burrell rips through the saints to score another Blue Devil touchdown. (Photo by Hannah Caver)

The Blue Devils were powered by junior quarterback A.J. Wallace, who threw for 167 yards and went 9 for 12 on attempts through the air for 2 touchdowns.

“After a hot start and then dropping two, we really just wanted to get back on track,” Moody head coach Adam Wallace said. “We just wanted this game to come out and play the best game we can.”

“I feel like we needed to go bounce back from the two loses we had in a row,” Dozier said. “It was a good team win and a good shutout for us and the community.”

The Blue Devils’ defense exploited turnovers and stopped St. Clair when it mattered.

“It was a very special night, coach had a good game plan,” Burrell said. “We had a good week of practice, and then we just went out and played hard.”

Moody used quick strikes to exploit Hayden’s defense. On one drive in the third quarter, the Blue Devils converted four first downs and used a hefty dose of Burrell to keep the Hayden squad on its heels.

“Offensively, we just kept it simple, you know, ran the ball a bit, did our RPO stuff, and was very effective there,” Wallace said. “All I ask our kids to do is play with energy, play physical and let’s see how it turns out.”

Next week, the Blue Devils are on the road when they travel to Corner to battle the Yellow Jackets.