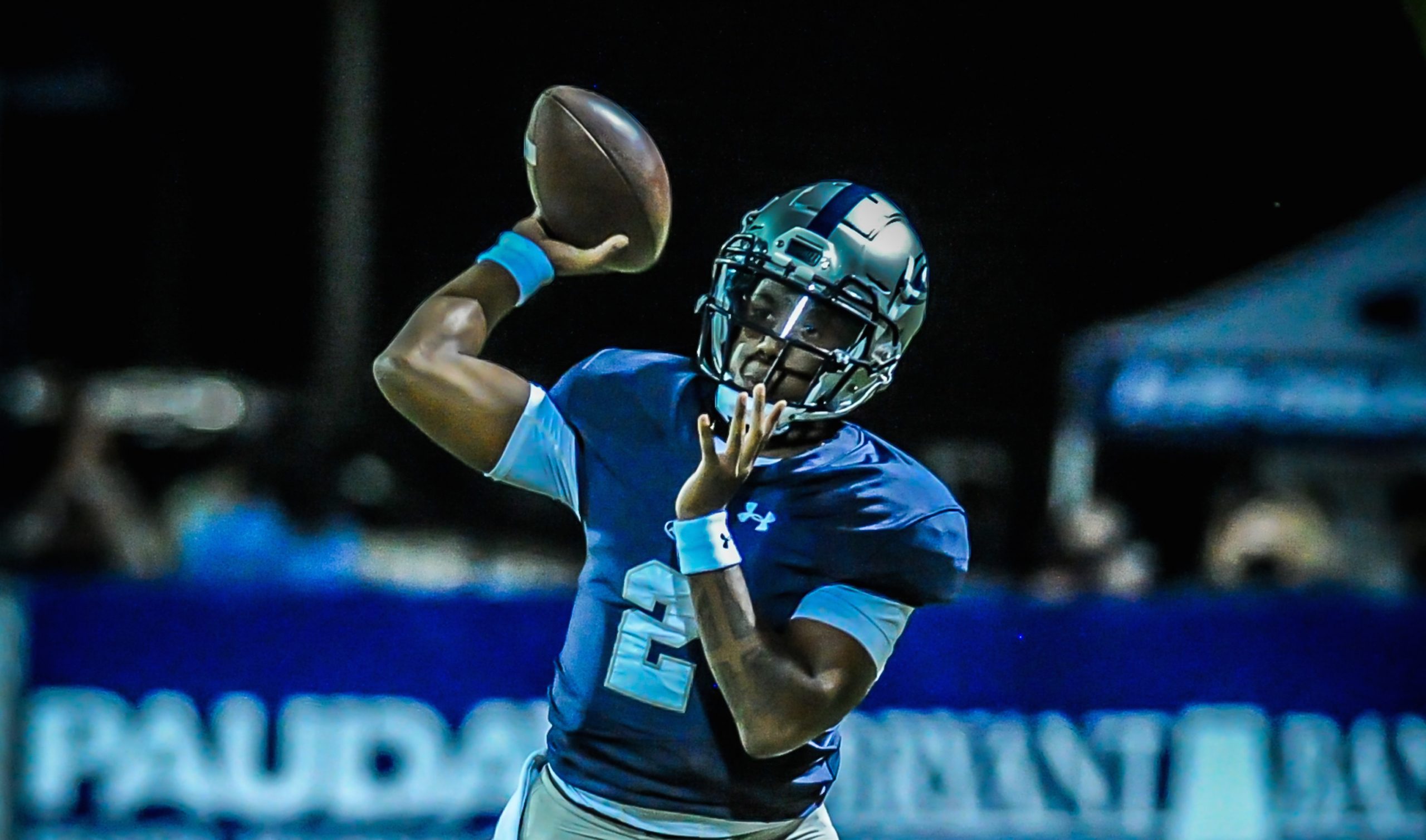 CLAY — Khalib Johnson balled out on Friday night as the 6-0 (4-0) Clay-Chalkville Cougars whipped previously undefeated Jackson-Olin, 46-14. The senior quarterback totaled six touchdowns, with five coming through the air and one on the ground. 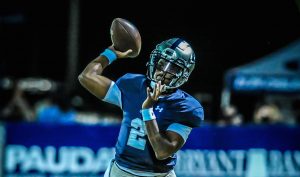 That’s why Khalib Johnson is The Tribune’s Player of the Week.

Johnson, who has committed to play at Louisville, went 20-0f-28 for 298 yards through the air, and showed his offensive versatility throughout. The Cougars scored first when Johnson found Mario Craver for 7-yard touchdown pass to cap a grinding 13-play drive that wore the Jackson-Olin defense down. Later in the first, he launched a 33-yard scoring toss to Marquarius White, and the rout was on.

Johnson hit White for a 35-yard touchdown to make it 22-6 at halftime. But the show wasn’t over.

Johnson targeted White for seven catches for 122 yards and three TDs on the night, while Craver caught three passes for 75 yards and two scores, including a 55-yard bomb in the fourth quarter that helped the Cougars pull away.

The senior signal-caller then kept the ball later in the fourth quarter on a four-yard jaunt that found paydirt and pushed the Cougars to 46 points. Johnson has completed 66 percent of his passes this season, going 72-of-109 for 1,130 yards and 17 touchdowns against only two interceptions. He’s also added three rushing scores.

The victory over Jackson-Olin was probably Johnson’s most complete game. The fact is that the Cougars haven’t needed him to play every down this season, as they have put up gaudy offensive numbers for the entire year.

But on a night when senior running back Ed Osley only managed 62 yards on the ground as the Mustangs sold out to stop the Cougars’ dangerous running game, it was instead Johnson who torched them.

If this was Johnson’s best game of the season, it came at a time when his team needed it the most. the Cougars were playing a tough Mustang team that came into the game ranked No. 7 in the state, riding their own undefeated streak and having accomplished a huge upset against the Pinson Valley Indians earlier in the season.

Jackson-Olin didn’t want to go quietly, and the Mustang’s quarterback, Malek Lowe, kept them in the game by going 20-0f-29 for 259 yards with one score and an interception. But Johnson rose to the occasion time and time again, finding his receivers behind the Mustang defense or throwing them open underneath and letting them find yards after the catch.

Player of the Week is sponsored by OrthoAlabama Spine & Sports.