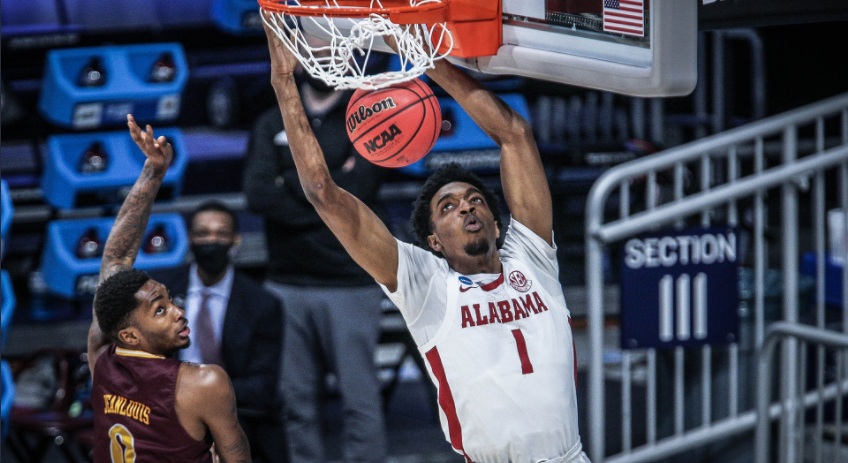 BIRMINGHAM — The University of Alabama men’s basketball team will face Colorado State University in a neutral-site game at the newly renovated Legacy Arena for the C.M. Newton Classic. The arena’s first collegiate basketball game since reopening will take place on Tuesday, December 21, 2021. 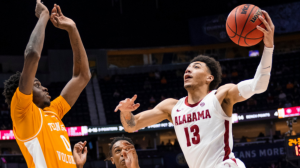 Alabama guard Jahvon Quinerly (13) drives to the hoop during the 2020 SEC Tournament semifinals. The Tide will meet Colorado State on December 21, 2021 in the C.M. Newton Classic in Birmingham. (File photo)

“This event is more than a basketball game,” said Legacy Community Federal Credit Union President and CEO Joe McGee. “C.M. Newton was not only a great coach and player but someone who cared about people. He saw beyond race and a player’s skills on the court. He was courageous and paved the way for many players after integrating the University of Alabama’s men’s basketball team. We are thrilled to be the presenting sponsor for this game in honor of Coach Newton’s legacy and look forward to watching a great game of basketball,” said McGee.

“C.M. Newton’s Crimson Tide and Commodores teams were a tribute to the rewards of integration and spurred coaches to see the humanity in all athletes – that something…the color line,” said Isaac Cooper, Birmingham Civil Rights Institute Board of Directors Chair. “Martin Newton, his son and my former AD, continues to live his legacy through his authentic advocacy. We’re delighted to join Knight Eady and The University of Alabama in honoring his legacy,” said Cooper.

“I am honored that the C.M. Newton Classic is supporting the Birmingham Civil Rights Institute,” said Martin Newton, C.M. Newton’s son and Samford athletic director. “Their mission aligns with the mission my father had, to work towards a better future for all. I am excited to partner with the BCRI to continue to take strides towards diversity and inclusion,” said Newton.

The University of Alabama is coming off an Elite Eight run in last year’s NCAA Tournament. Colorado State University is ranked number three in the Mountain West Conference, setting the stage for a matchup that has not been seen since 1990. The C.M. Newton Classic will announce tip-off time in the coming weeks.

To purchase tickets to the C.M. Newton Classic, click here.