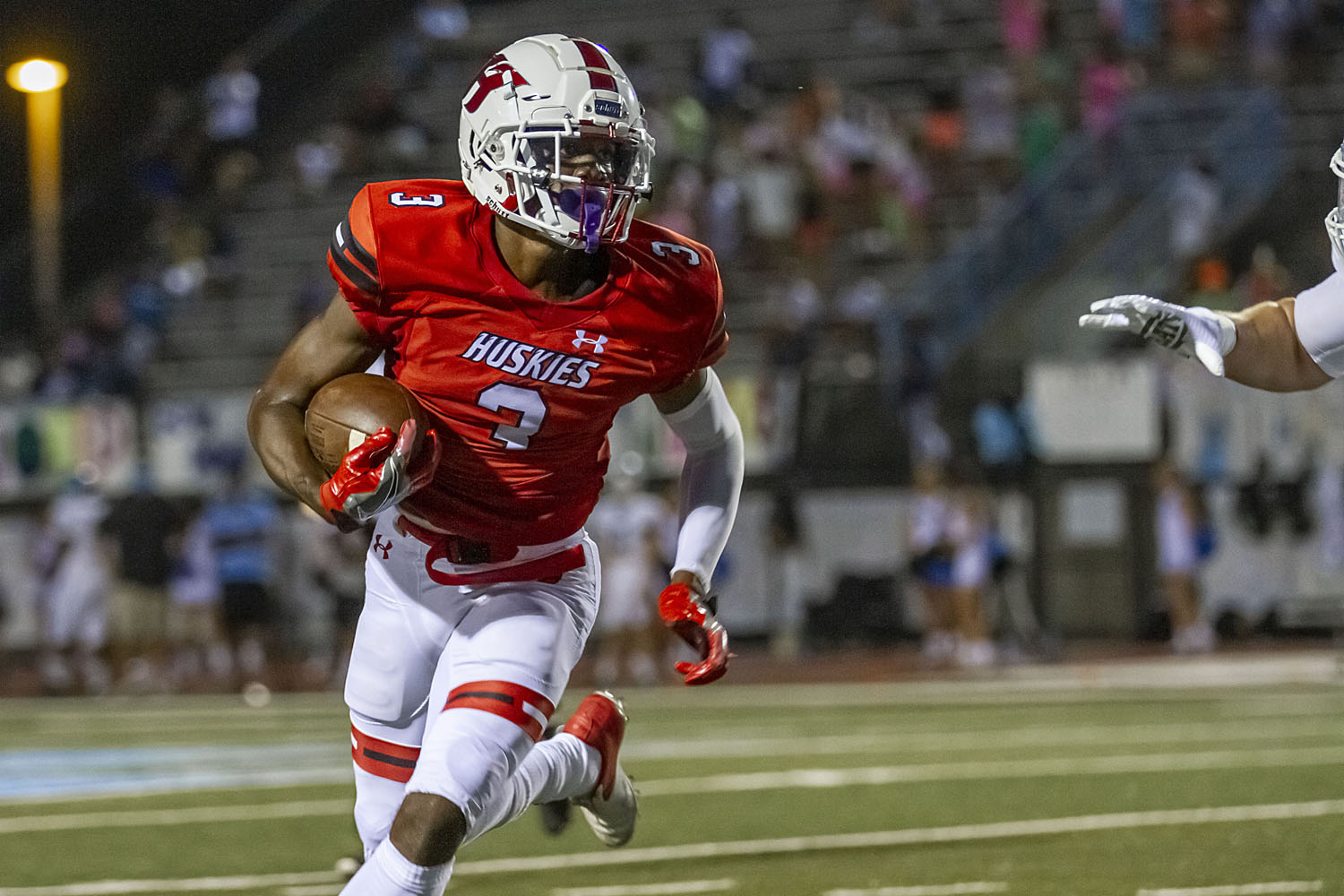 Huskies escape with a win vs. Vestavia

By Zack Steele, For The Tribune 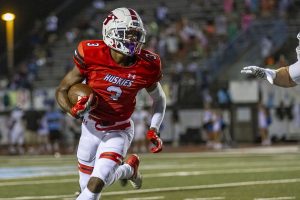 With about 5 minutes left on senior night, Hewitt Trussville called on a sophomore to step onto the big stage, and Peyton Floyd was up to the task while filling in for the injured Cade Ott Carruth.  Trailing 35-28, Floyd would lead the Huskies on an 81 yard drive late in the game to draw the Huskies even. The Hewitt-Trussville defense would do the rest, scoring two defensive touchdowns in the last two minutes.

Floyd led three scoring drives in the first quarter alone, starting with a 53-yard touchdown pass to Matt Miller to get the Husky offense going.

Vestavia would drive to the Hewitt three yard line on their initial drive, but a bad snap resulted in a fumble recovered by Husky linebacker Bam White. Hewitt would waste little time cashing in the turnover as James Hammonds took the handoff 89 yards to the house.

Vestavia would answer however, and cut the lead to 14-7. Floyd and the Huskies quickly responded with an 8 play drive, with Floyd calling his own number, taking it in for an 8 yard score.

The Rebels would force a turnover on downs inside their own 30 yard line and use the running game to drive the ball. It would take them 4 downs inside the 3 yard line, but Vestavia would finally get into the end zone.  It capped off a 17 play drive, including what appeared to be an interception by the Huskies which, after some discussion by the officials, was called incomplete.

Hewitt looked to strike quickly before the half, but Floyd was intercepted at the goal line.  The half ended with Hewitt hanging on to a 21-14 lead.

Vestavia’s Cole Turner would take the opening kickoff of the second half 85 yards for a touchdown, tying the game at 21.

After a fumbled snap by Hewitt’s punter, Vestavia would take over at the Husky 48.  Hewitt looked to have the Vestavia drive stopped, but a holding penalty on Hewitt’s defense kept the Rebel drive alive.  Vestavia took the lead on a 15 yard Cole Turner touchdown reception.

Hewitt’s offense could get nothing going late in the 3rd quarter, and Vestavia would stick to the run game.  Hewitt appeared to have Vestavia stopped on 4th down, but a pass interference call kept the Rebel drive alive.  Hewitt’s defense would later stiffen as Vestavia would miss a 37-yard field goal attempt.

On the next play, Floyd tossed it out to Auburn commit Omari Kelly on a receiver screen, who turned on the jets and went 80 yards for the score. The PAT tied it at 28.

Another great kickoff return set up Vestavia at the 50. Vestavia would quickly score again with the short field on a 40 yard touchdown pass.  The PAT made it 35-28.

Things began to turn desperate after three and out for Hewitt  gave Vestavia the ball back at their own 33 with 9:13 left to go.  Vestavia would drive into Husky territory but the Husky defense would force a punt and take over at their own 19.

Without any panic, Hewitt took it 81 yards for the score with Floyd hitting Jordan McCants for an 18 yard touchdown on the wheel route.  The drive would take 15 plays, and tie the game leaving 1:36 left in regulation.

On Vestavia’s first play after the kickoff, Conner Thomas made the easiest pick-six you’ll ever see, taking it 28 yards and with the PAT, Hewitt had a 42-35 lead with 1:22 to go.

Vestavia drove to the Hewitt 43, but on 4th and 6, Bam White scooped up a questionable fumble and take it 60 yards to the end zone.  Hewitt’s PAT was good, sealing a 49-35 win.

Peyton Floyd went 15-23, for 305 yards and three touchdowns through the air, adding 48 yards rushing and a touchdown on the ground.  Omari Kelly had five catches for 153 yards and a touchdown in his final game in Husky stadium.

Hewitt improved to 6-2 and 3-2 in the region. They will go on the road next week to Gadsden to take on Gadsden City in a pivotal region game.