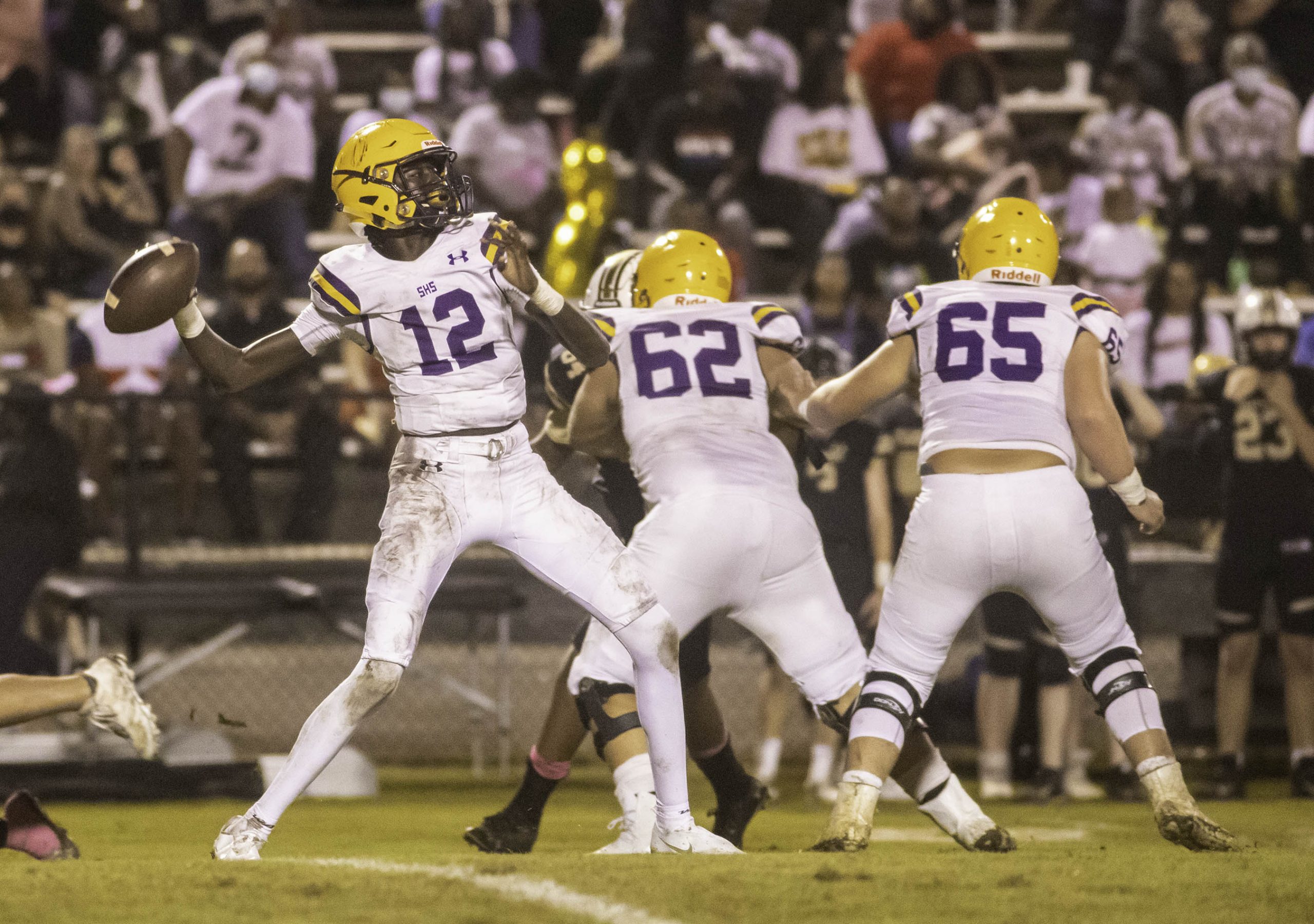 PELL CITY — The Springville Tigers walked away with a hard-fought 24-21 win over county rival Pell City on Friday night. 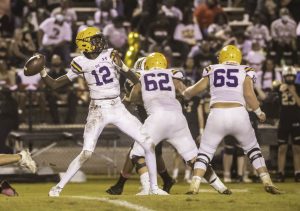 As the game was tied for most of the matchup, the clock proved to be the toughest opponent. A wet and muddy field also yielded many dropped balls and slippery players for both teams.

With the game tied at 21-21 going into the fourth quarter, the Tigers took possession of the ball after its defense sacked Panthers quarterback Baylor Smith on a third-and-10 with four minutes to play. Springville took advantage as running back Malon Alverson took the ball up to the 28-yard line on six straight carries.

A holding penalty by the Panthers pushed the Tigers up to the 18-yard line, giving the Tigers a first down with seconds to go.

After running back Patrick Bennett moved the ball up to the third yard line with seven seconds to spare, the Tigers sealed the win on a successful field goal.

“I’m so proud of our kids,” Springville head coach Jon Clements said, adding that both his players and coaches have worked hard to improve over the course of the season.

“Those are 87 young men who had to trust somebody that they didn’t know. They came in and bought into what we were doing and they sold out to it and I’m proud,” Clements said, referring to his first year coaching at Springville.

“Ashton’s like my kid and I’m so proud of him because he’s taken a lot of crap from a lot of people,” he said. “But what they did tonight, got behind the team, got behind the community to get that win, that’s awesome.”

Pell City followed it up with a comeback play as a penalty put the team at the 14-yard line on a second down. However, the team worked their way up to less than 1 yard needed on fourth down. As the Panthers went for the last play, Kentrell Borden ran the ball all the way to the end zone to put the score 14-0.

The Tigers, however, responded in the next possession as wide reciever Johnnie Wolf posted a 64-yard touchdown pass from Frye to close the gap at 14-7. With some ground to make up, Springville’s defense forced a Panther’s punt. Once the Tiger’s took the ball back, Frye ran the ball up the field for seven consecutive plays to put the ball at the 5-yard line.

After three plays and three timeouts, Frye finally put up a Tiger touchdown from the 3-yard line on fourth down to finish out the first half and tie the game 14-14.

Both teams came back from intermission with the same determined mindset to win the game. Pell City once again posted the first touchdown of the half with a 49-yard touchdown pass by Collin Smith to briefly take the lead.The Tigers quickly responded on the next possession with a 15-yard touchdown by wide receiver Jamal Williams.

This put the score at 21-21 going into the final quarter that was determined by a Tigers’ field goal.

“I thought we played hard tonight, but we just came down to the end of the game and we just couldn’t close the door,” Pell City head coach Wayne Lee said.

“I thought we improved on offense today, I’m not sure defensively, but you know, that big play over the top, we can’t have that, especially on a third and 10 situation, but we’ll just keep working hard and move on.”

The Panthers will be on the road for its last three games of the season. The team will travel to Fort Payne this Friday while Springville will host Oxford for a regional matchup.