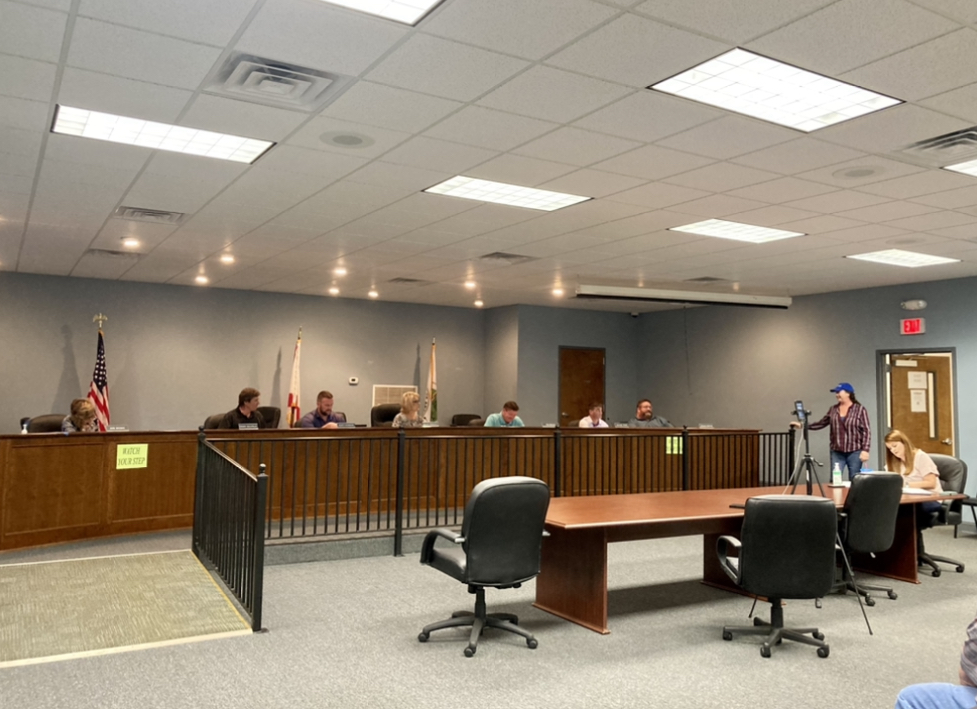 ARGO – Argo Mayor Betty Bradley announced at the regular council meeting on Oct. 11, 2021, that the city council had approved its 2021-22 budget at a budget work session held Wednesday, Sept. 29. Additionally, Bradley stated that she voted “no” on the adopted budget. 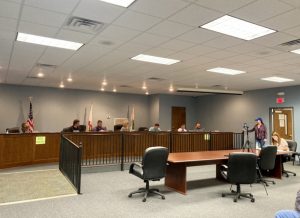 “There was nine different budgets given to the council,” Bradley said. “This is the one they chose.”

“I do have a statement I would like to read about the budget,” Bradley said during the mayor’s report. “I would like to say that, even though I do not agree with the budget, I feel the council believes the budget they passed is the one for the city. I would also like to say that nine different budgets were presented to the council by the clerk and I, along with input from all department heads. I previously had met with all of them before the budgets were presented to the council asking for their needs and wants. They all agreed that they would like to have an extra person but agreed to wait a little longer to make sure the city revenue would accommodate extra personnel.

“After phone calls were made outside of an open meeting, they apparently changed their minds without informing me until the work session where the budget passed. I would like to add that I also asked the council to pass one of the other eight budgets without hiring additional personnel, and for us to come back in six months and see if city revenue had fallen. Revenue was down for the month of September by almost $12,000. I’m not saying that this extra personnel that the council wants the city to hire is not important; I’m saying I feel the economy is so uncertain with the things happening in government right now that the city needs to be sure that extra personnel can be afforded.”

Bradley said she was concerned about unemployment funds and stimulus packages to American citizens being cut.

“Without this extra money, I feel people will start spending less, meaning less revenue,” she said. “If you look around, small businesses are closing their doors because they cannot survive in today’s economy or find employees who want to work. In the city of Argo, we only have small businesses, except maybe Jack’s, dollar store and Subway. The last administration and I worked very hard to bring the city out of the red. I’m not downing previous administrations because I’m sure they did the best they could with the revenue they had to spend at the time.”

Bradley said she voted “no” for the budget for the following four reasons:

“After all of this, I want to thank the city council for all the meetings they have attended and all the hard work they did in passing this budget. A big ‘thank you’ to the city clerk; without her, these nine budgets would not have been possible. Thank you to the heads of departments for all of the hours spent changing and rearranging their budgets. Even though I am not happy with it, I hope we can move on now to projects within the city and continue to do the work that we are elected to do.”

During Monday’s regular council meeting, Resolution 2021-10-11, concerning the purchase of a John Deere excavator for $40,972 and a dump trailer for $10,500 using Covid relief funds, passed with a 4-2 vote. Mayor Bradley and Councilor Danny McCarley voted against the resolution.

Bradley said at the Sept. 13 council meeting that she did not approve of the resolution because she was concerned about the possibility of having to pay back the funds if, for any reason, using the funds to purchase equipment was not approved under the federal guidelines. She also said that the city has until 2024 to allocate the relief funds and until 2026 to spend them.

McCarley declined comment on his reason for voting “no.”

Bob Carter, with the Argo Business Club, announced that Argo Christmas Parade will take place on Dec. 11, 2021, beginning at 10 a.m. The line-up for the parade will start at 9 a.m. Applications will be available in several different stores around Argo, as well as online.

The next meeting of the Argo City Council will be Monday, Oct. 25, 2021, at the Argo Municipal Complex. The regular meeting will begin at 6 p.m. following a 5 p.m. work session.