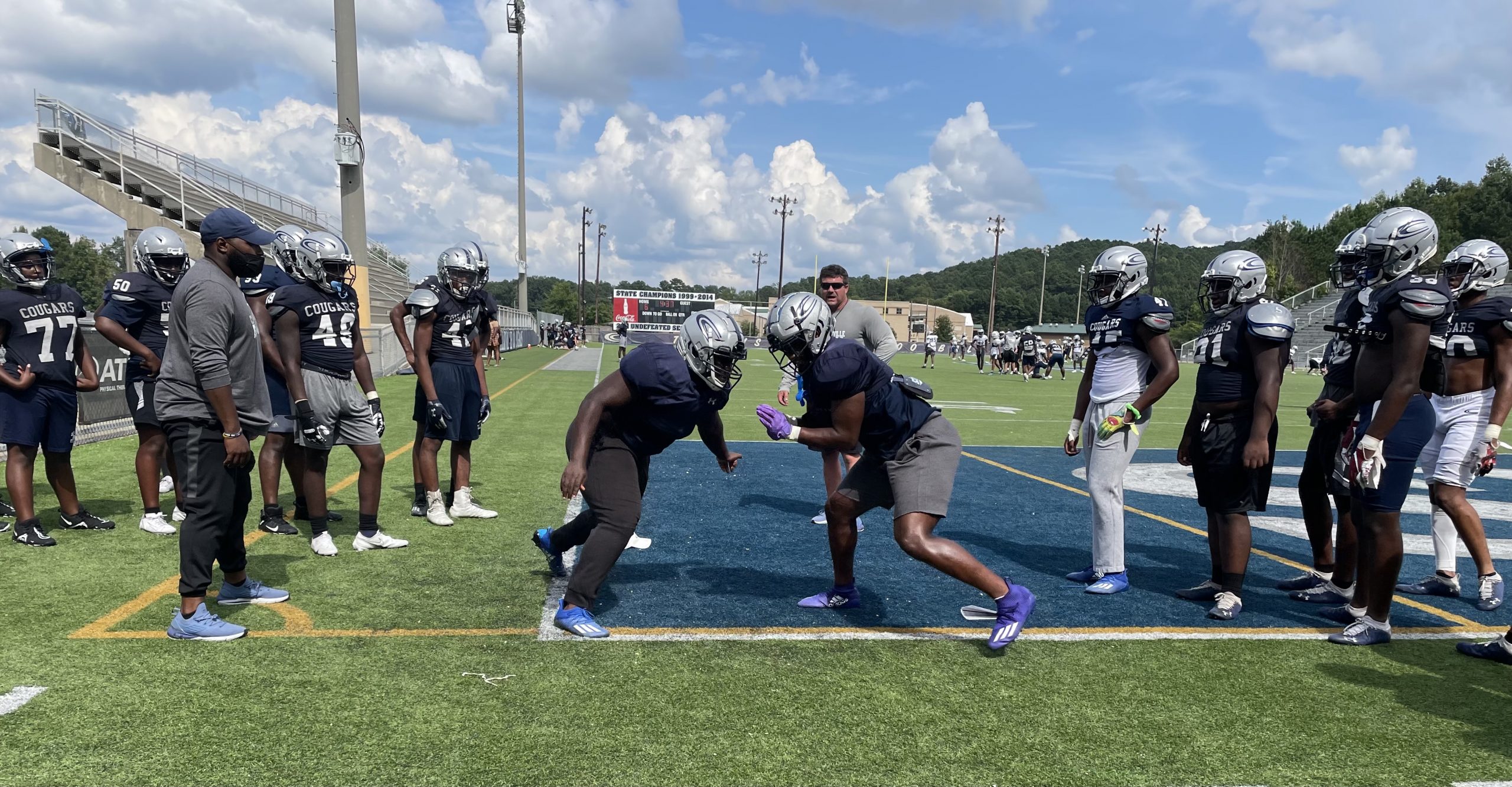 No. 1-ranked in 6A, Clay-Chalkville practices earlier during the 2021 season. (Photo by Bobby Mathews)

For Clay-Chalkville, Pinson Valley is next step forward

CLAY — Measured in miles, Pinson Valley isn’t much of a road game for Clay-Chalkville. The schools are separated by six miles, and the players on each team have, for the most part, grown up with one another. 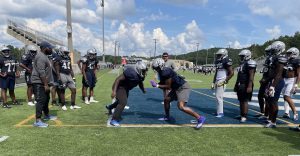 No. 1-ranked in 6A, Clay-Chalkville practices earlier during the 2021 season. (Photo by Bobby Mathews)

But the seventh-ranked Indians have the home field advantage, and they have something else that the Cougars, currently ranked No. 1 and undefeated, desperately want: a state championship. Clay-Chalkville hasn’t won a state crown since 2014, and the team that has consistently stood in its way over the past five years has been Pinson Valley.

The Indians have won three of the last four state titles, including back-t0-back championships in 2017 and 2018. Clay-Chalkville head coach Drew Gilmer said Thursday that his team understands the moment in which they find themselves.

“I don’t think we feel a lot of pressure,” Gilmer said. “We’ve approached this as a normal week. We go and do what we do. I know this is a big game, and it’s a game we’ve got to win to win the region. I’d say we’re focused.”

The Cougars will need to be. Pinson Valley starting quarterback Zach Pyron will play after sitting out the last two games for the Indians. Pyron, who is committed to Georgia Tech, is dangerous both as a passer and a runner, so Clay-Chalkville will need to be prepared for everything.

“First of all, we really have to take the air out of their passing game,” Gilmer said. “We can’t let (Pyron) have an easy throw-and-catch. And then our defensive backs are going to have to cover longer, because he can extend plays with his legs. Defensively, our guys are going to have to do a good job of keeping everything in front of them.”

Gilmer expects his opponents to be back at full strength.

“I expect all of their guys to be back and healthy,” he said. “That is a very talented, well-coached football team that’s not going to beat themselves. We have to concentrate on doing what we do and get the ball into the hands of our playmakers, find the best matchups on the field to give our team the advantage.”

Even though Pinson Valley is the only team to defeat Clay-Chalkville during the 2020 regular season — a 27-10 home loss — Gilmer said that revenge isn’t in the Cougars’ minds.

“We are treating this as a normal game,” he said. “This is just the next step that we have to take to try to win the region.”

Playoff implications are at stake, of course. If the Cougars win, they claim the 6A Region 6 title outright. Lose, and it sets up a potential three-way tie with Pinson Valley and Jackson-Olin.

Clay-Chalkville and Pinson Valley kick off at 7 p.m. on Friday night in Pinson.