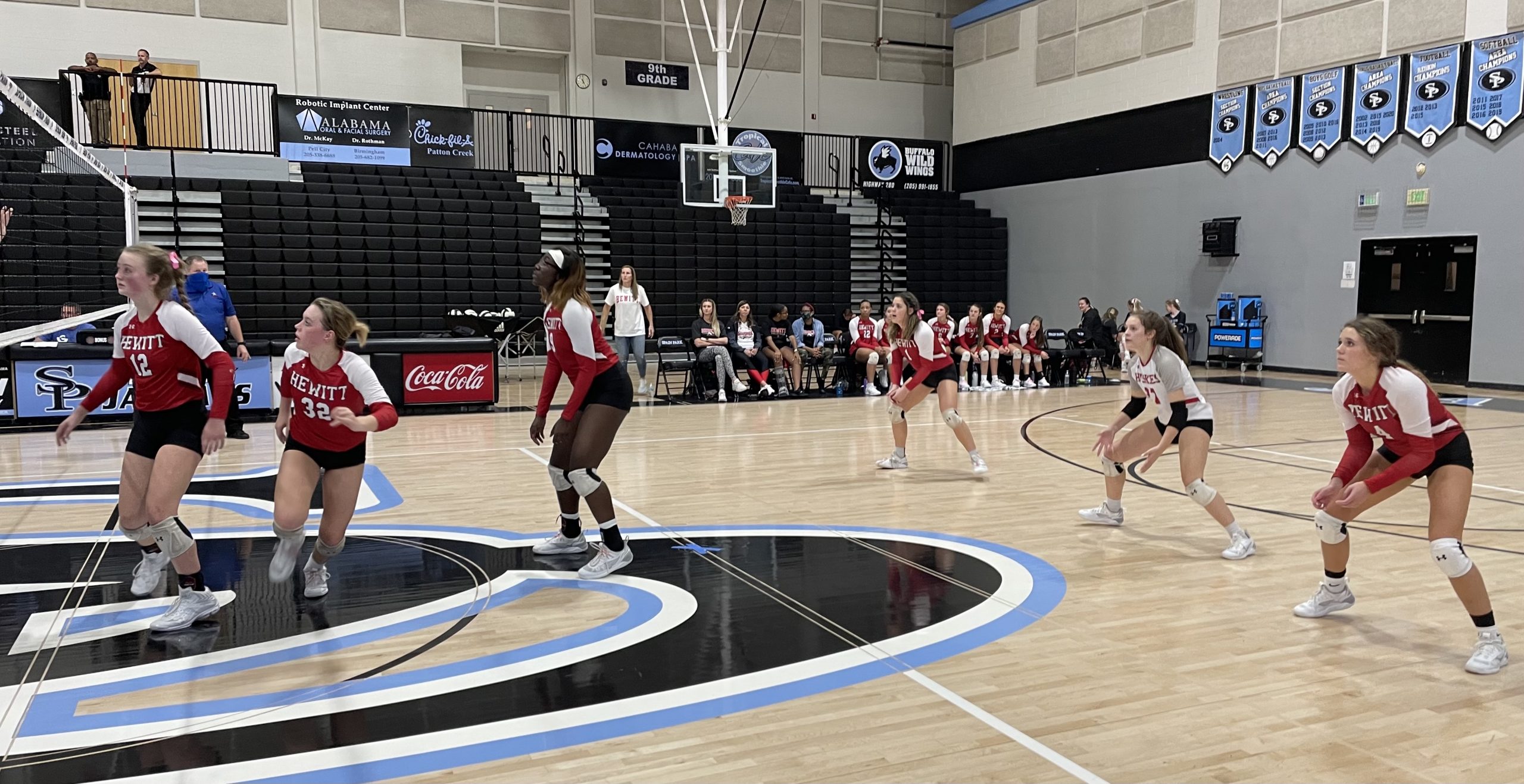 Hewitt-Trussville volleyball ended its season in the first round of the 7A Area 6 volleyball tournament on Thursday, October 14, 2021. (Photo by Bobby Mathews)

Hewitt-Trussville bows out of area tournament

HOOVER — There were tears in the locker room after it was over. Hewitt-Trussville bowed out of the 7A Area 6 tournament today, dropping three straight sets to Vestavia Hills. 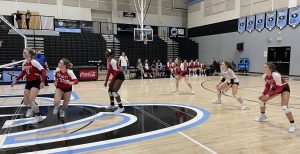 Hewitt-Trussville volleyball ended its season in the first round of the 7A Area 6 volleyball tournament on Thursday, October 14, 2021. (Photo by Bobby Mathews)

Early on, the Huskies had their chances. Using a more aggressive game plan at the net, Hewitt- Trussville was able to battle back against the Rebels after falling behind early. Behind the serve of Molly Kate Green, the Huskies tied the first set at 15 all when sophomore Kennedy Vincent stepped up with a huge kill. The Huskies took their first lead of the match one point later.

After a service break, Julianna Perez served to give the Huskies a late lead, 22-21 and forced a Vestavia timeout.

The timeout worked as a tactic to break Hewitt-Trussville’s momentum, and the Rebels took the next three points to win the first set 25-22.

“We were playing a lot more aggressively at the net, which I think worked highly to our benefit,” said Huskies head coach Jackie Cox. “We blocked way more balls than we have blocked all year long.”

It was a team effort at the front line, with Green, Vincent, Chrischandria James and Sara Phillips all stepping up to block Vestavia’s aggressive hitters at various times throughout the match.

But give the Rebels credit: They adjusted in the second set after Hewitt kept it close early. Vestavia scored nine unanswered points to make it 16-8 before James stepped up with a huge kill to stop the bleeding momentarily. Back-to-back kills by James and Green made it 19-11 in Vestavia’s favor, and then James pounded three hard serves to bring it to 19-14. Unfortunately for the Huskies, they couldn’t close the gap, and the Rebels won 25-15.

The third set was more of the same, with Vestavia getting points in bunches. After giving up the first point of the set to a Perez serve, the Rebels tore off five straight points before a serve into the net stopped them. But Vestavia only allowed the Huskies a point before taking back serve and holding for another four points. After another serve into the net, James stepped up with a huge kill, but the Rebels ran off six more points to make it 15-4, and things were getting out of hand.

Vestavia took that final set 25-12 and ended the Huskies’ season in the first round of the area tournament.