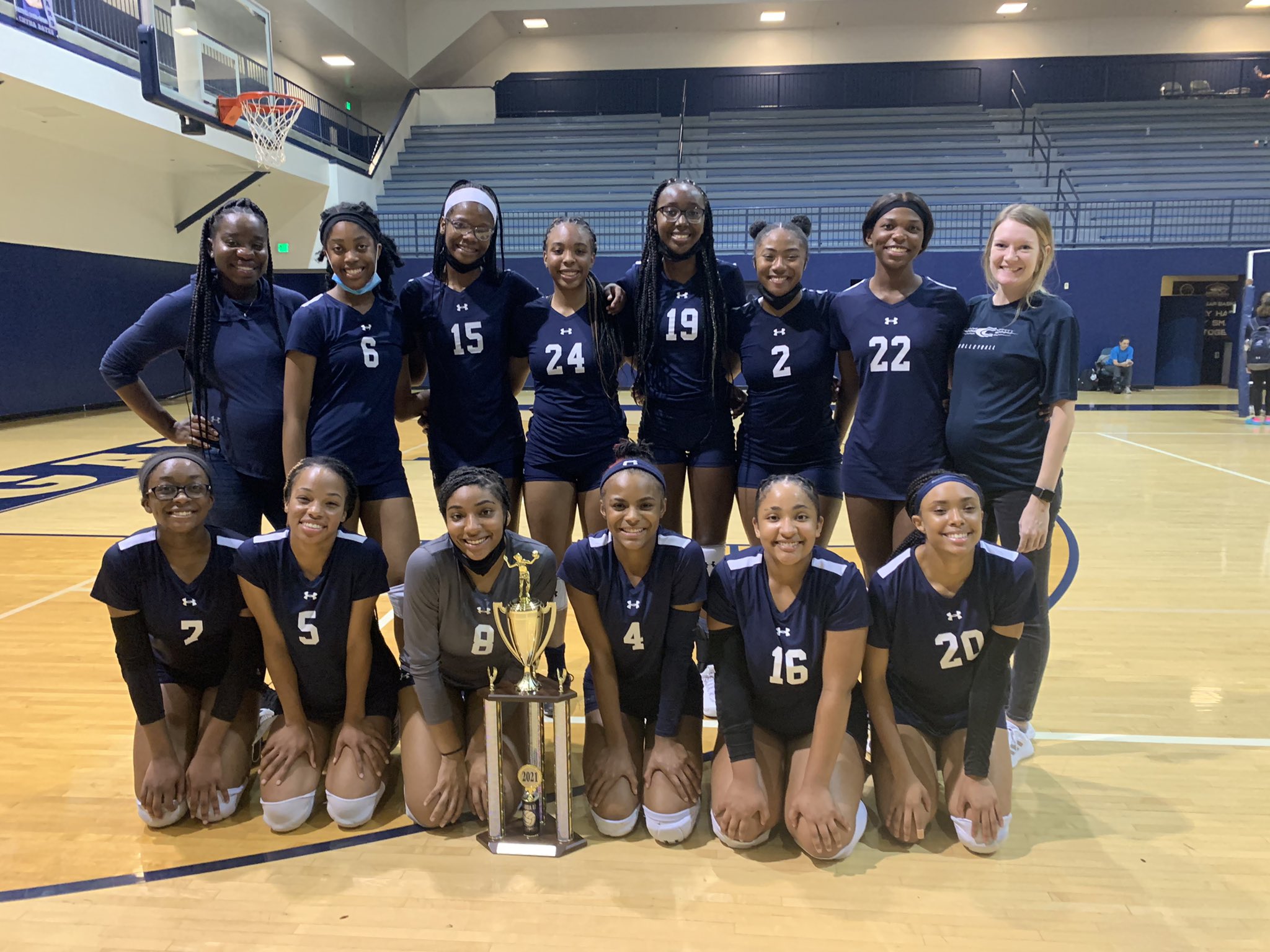 CLAY — The Lady Cougars celebrated a championship on Thursday, bringing home the 6A Area 12 volleyball title. 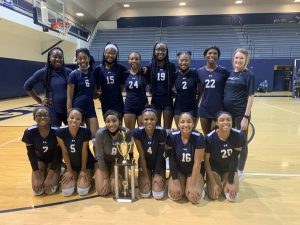 “I think this is the best this team has played so far this season,” Lady Cougar head coach Jocelyn Brown said. “La’niyah Lumpkin was really the star of that match, and Reese Smith with her digs, but this was really a great team win.”

The championship match started out evenly, with Mortimer Jordan forcing Clay-Chalkville to an extra point to win the first set, then winning the second set. The pitched battle made Clay-Chalkville dig deep for the win.

“We started off a little slowly against Mortimer Jordan,” Brown said. “We played them twice already this season, and they are a really good, really scrappy team.”

With the sets tied at one apiece, the Lady Cougars relied on what has become their hallmark to sweep the next two sets: their chemistry.

“We have a team of mostly juniors,” Brown said. “Their chemistry is high, their communication level is high — they’re a very tight-knit group.”

The Lady Cougars are 16-4 in the regular season, and learned their lesson in communication early on.

“We started out this season with a loss,” Brown said. “But I couldn’t ask for a better group of players. They have been very coachable, very teachable, and they play together.”

Clay-Chalkville beat Pinson Valley to reach the finals of the tournament. As with the finals, things were tough in the early going of the first round.

“We started off a little shaky versus Pinson,” Brown said. “Once the girls got used to what their opponents were doing and got momentum, that really built their confidence.”

Clay-Chalkville moves on now to the Super Regional next week.