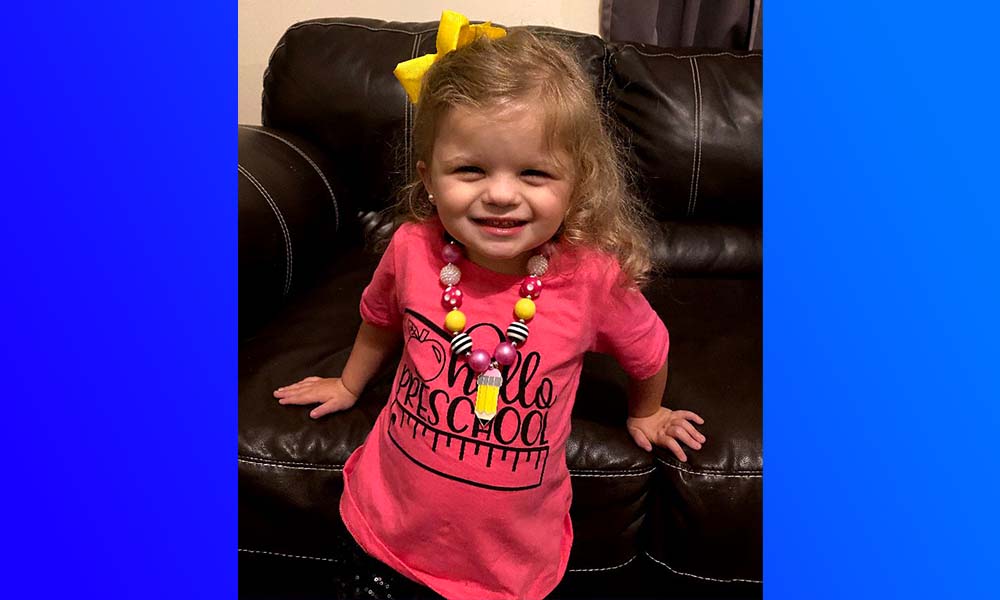 SPRINGVILLE — Adelynn Cole is a beautiful little girl with a smile that lights up her parents’ hearts. The 4-year-old looks like pretty much any other kid her age. But she’s battling a rare illness that many people have never even heard of. 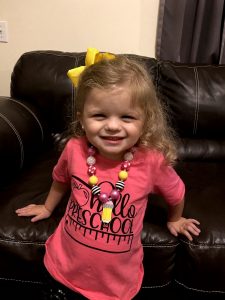 Adelynn was diagnosed in 2019 with Okur-Chung Neurodevelopmental Syndrome (OCNDS), a rare genetic disorder first identified in 2016. OCNDS is caused by a mutation in the CSNK2A1 gene. The gene CSNK2A1 creates a protein called CK2, which plays a crucial role in development. Therefore, a mutation in this gene disrupts typical development.

Adelynn is the only reported case of OCNDS in Alabama, and there are fewer than 200 reported cases worldwide. To raise awareness of this condition, Moving into Action for OCNDS has set up an event in the area for the weekend.

Moving into Action for OCNDS is a nationwide fundraiser organized for Saturday, October 16, and Sunday, October 17, that anyone can participate in. Participants can walk, run, or roll to help raise awareness for OCNDS sponsored by CSNK2A1 Foundation.

The CSNK2A1 Foundation is a nonprofit organization focused on finding a cure for OCNDS and ensuring affected individuals have the opportunities and supports necessary for happy and full lives.

The Coles are hosting a Moving into Action on Saturday, October 16, at Lakeside Park in Pell City at 10 a.m.

Adelynn’s father, David Cole, said that everyone diagnosed with OCNDS is affected differently; in Adelynn’s case, she can’t walk. David explained that when Adelynn was diagnosed, he discovered he also had the gene for OCNDS, but he never experienced any developmental difficulties growing up.

“We manage it like she’s a normal child,” Cole said. “She has her moments where she has symptoms, but we manage it.”

Cole explained that when Adelynn was diagnosed, it was an emotional moment for the family.

However, he said they knew that something wasn’t right because Adelynn was not developing as a typical toddler would be at her age which is why the Coles took part in DNA testing to try and understand what Adelynn was experiencing.

Cole hopes that Adelynn can overcome many of the boundaries she faces and learns to walk, and experiences a happy childhood. Cole said that Adelynn visits Alabama Pediatric Therapy in Rainbow City three times a week for therapy to fight OCNDS.

“I hope in the future, she’ll be able to learn how to walk,” Cole said. “To live a normal life as a kid and not have to be bound to a wheelchair.”

Getting out into the community and doing something for Adelynn is something that the community can get involved in and help make a difference in the lives of those affected by OCNDS.

“It makes me feel good walking towards a cause to hopefully help not only Adelynn but the rest of the children in the world that have this condition either find medicine or help find treatment,” Cole said.

Cole said that his brother and family from Ohio are walking on Saturday in support of Adelynn. Cole’s overwhelming support from his friends and family is indescribable because he knows that Adelynn is not alone in her fight.

“You can walk in your neighborhood; you can walk wherever it doesn’t matter,” Cole said. “We’re trying to raise money for the foundation to help Adelynn find a cure or find a treatment for the condition.”