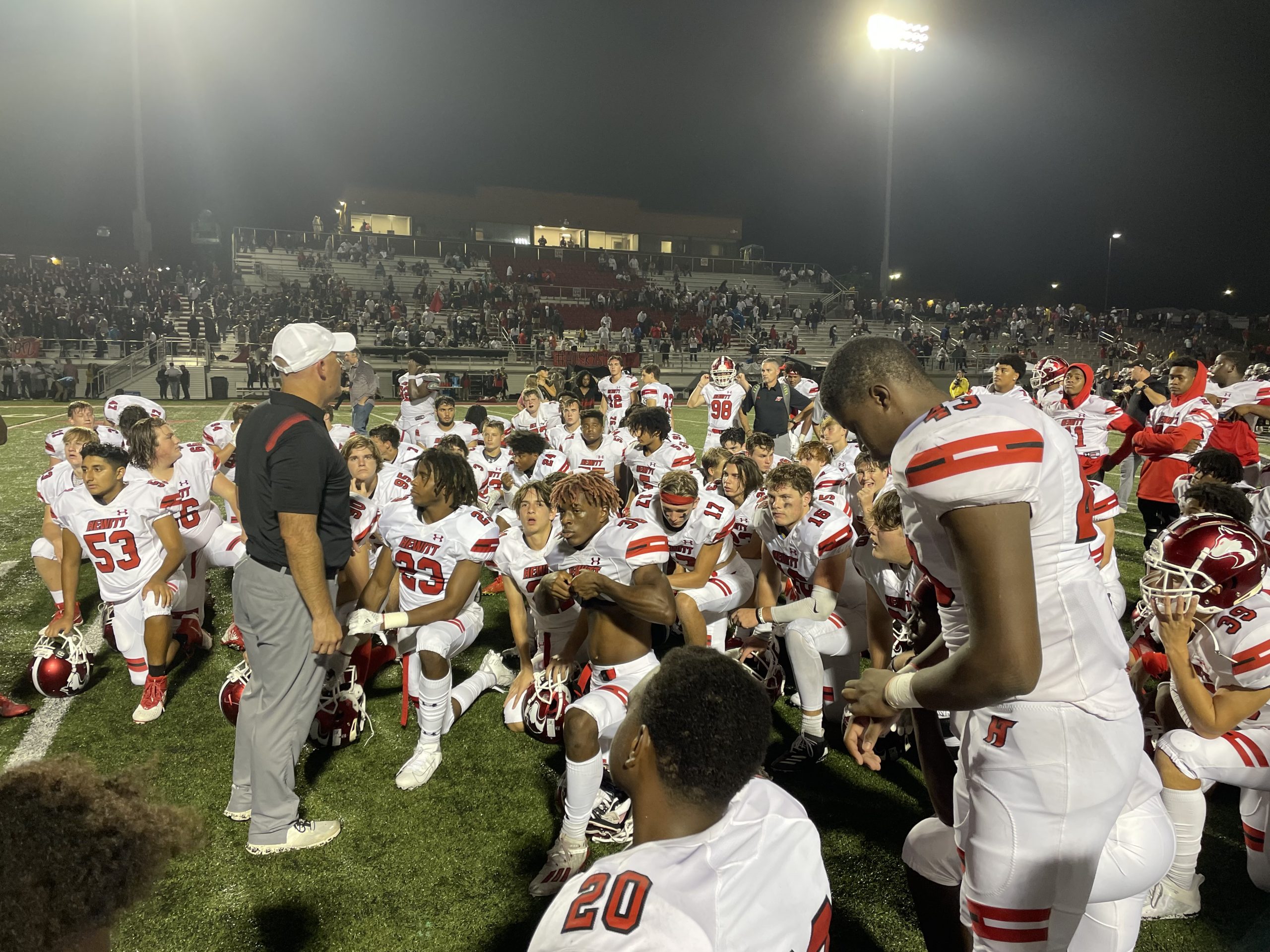 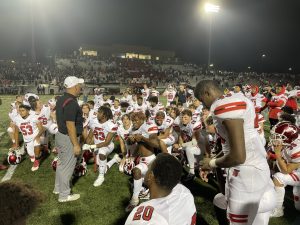 The win secures a playoff spot for Hewitt-Trussville, but it wasn’t easy. The Huskies fell behind 14-7 when Octavious Griffin scored for the Titans with about 10 minutes remaining in the half. Senior running back James Hammonds then broke off a 16-yard TD run for the Huskies with around five minutes to go to the break. A missed PAT meant that Gadsden City maintained a one-point edge going into halftime, 14-13.

The Titans extended their lead when Jacob Perry scored with 7 minutes remaining in the third quarter. With the PAT, it was 21-13, and Hewitt-Trussville was looking to get back into the fight.

Sophomore quarterback Peyton Floyd stepped up with a five-yard touchdown run with three minutes to go in the third quarter, and then hit Kadarius Barnes for the two-point conversion to make it 21-21.

After the Titans returned the ensuing kickoff for an 80-yard touchdown, the Huskies found themselves right back in a hole, 28-21.

With about a minute remaining in the quarter, Matt Miller scored for Hewitt on a one-yard run. The PAT tied things up at 28.