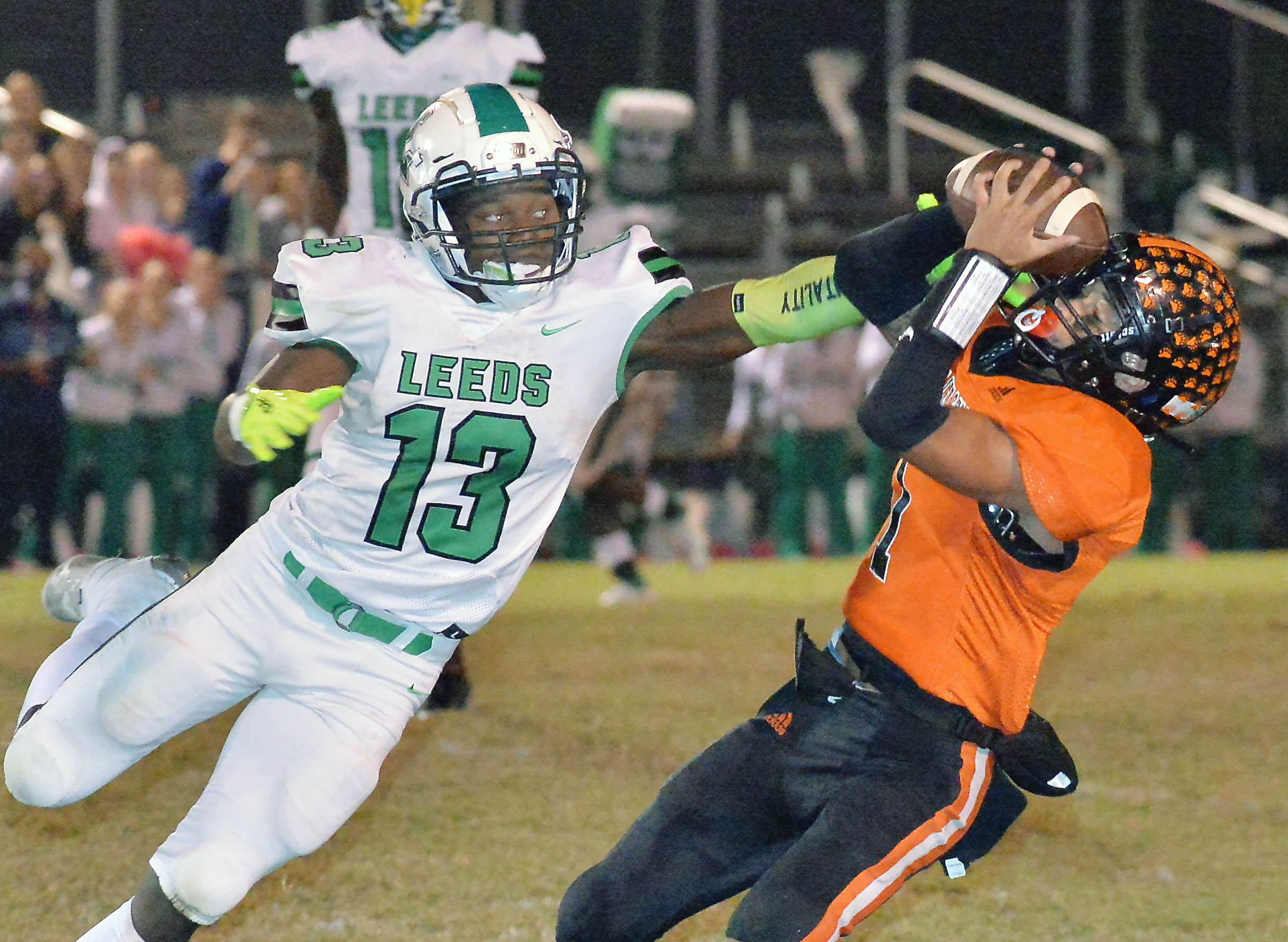 Alexandria's Javais Mcghee makes a catch during the Leeds at Alexandria game as Leeds' Christian Douglas tries to cover him. (Photo by Bill Wilson)

By Tyler Waldrep, The Daily Home

ALEXANDRIA — Leeds and Alexandria seemed to be on a collision course all season. 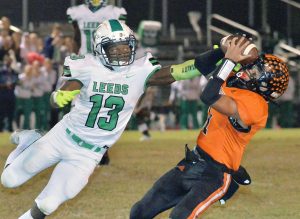 They were undefeated coming into Friday night, beating their previous opponents by an average of 23.2 and 34.4 points, respectively.

As it turned out, the de facto Class 5A, Region 6 championship game was just another showcase game for a Valley Cubs team that dominated Leeds 43-7.

Running back Antonio Ross picked up 54 yards and a score on Alexandria’s very first play. Senior Braxton Tucker recovered his first of two fumbles, two plays later, which set Ross up for an 11-yard sprint to the end zone on the Valley Cubs’ third offensive play.

As it turned out, the night was just getting started for Ross. He finished the evening with 190 yards and three touchdowns on only 17 carries.

“He’s something else,” Alexandria linebacker Tyler Brown said. “He is a hard worker, and he is a great leader. He wants everybody else around him to be good. He is not focused on himself so much.”

Speaking of everyone else, the Valley Cubs defense held Leeds to 200 yards of offense and didn’t give up a score until Leeds running back Rametrius Yelverton found the end zone with 3:17 left in the third quarter.

That same defense also forced four turnovers in the first half, including two interceptions hauled in by Brown, who was playing inside linebacker instead of his usual role on the outside. But the sophomore won’t take even half the credit for those plays. After all, his teammate Da’Markus Williams tipped up the first one to end Leeds’ first drive.