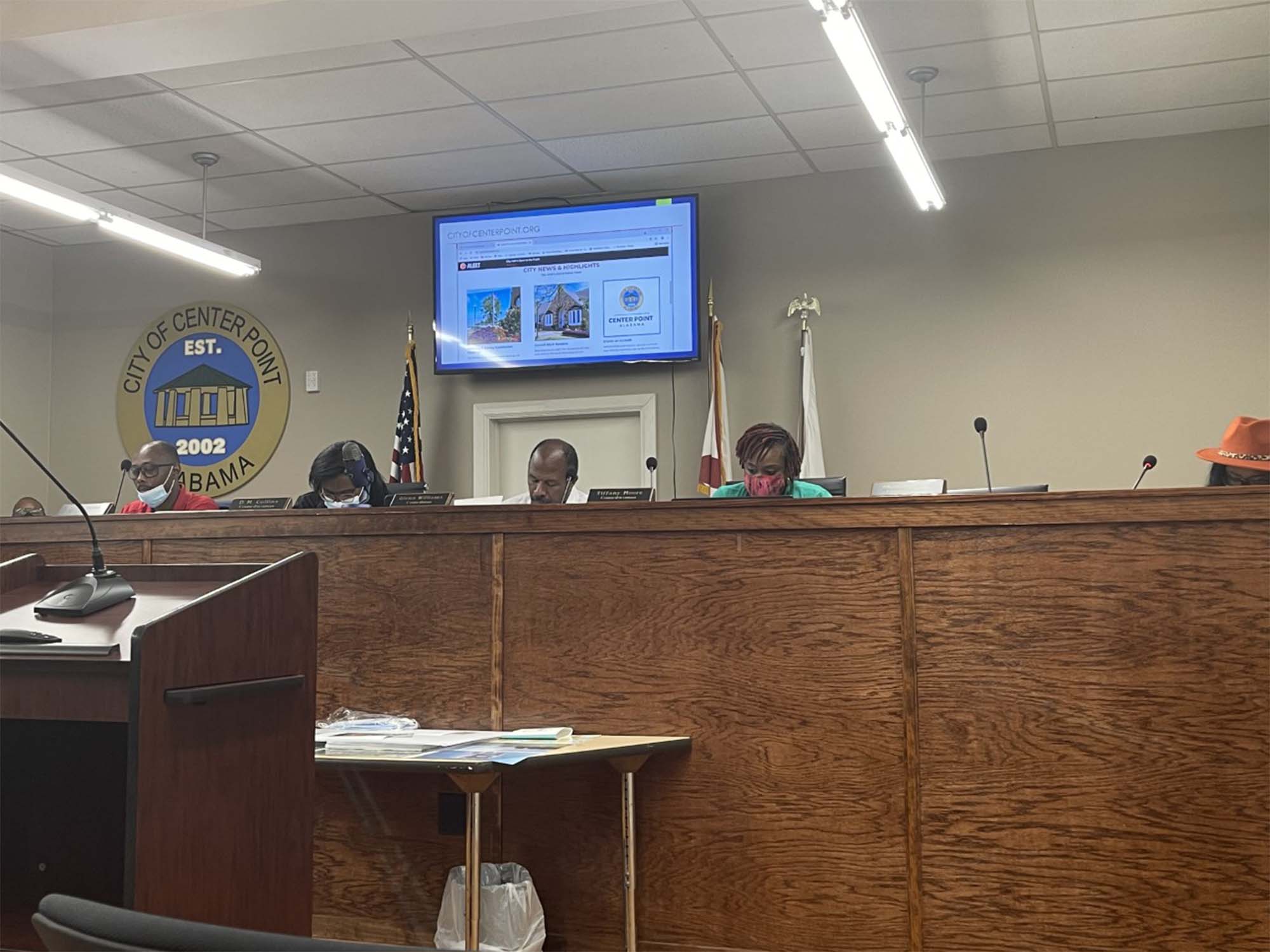 CENTER POINT — The Center Point City Council approved a resolution to remove a building off the demolition list for a resident to continue repairs on Thursday, October 21. 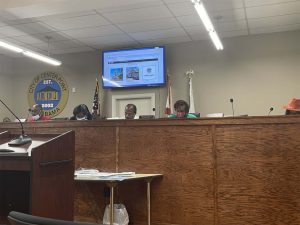 Resident Llewellyn Haleem came back before the council to discuss his concerns about his business permit renewal and express to the council why he couldn’t finish the repairs on a building he had been working on for over a year.

“Mr.Hinkle, my architect, and myself met, I was in full compliance,” Haleem said. “Those inspectors came out there and inspected the plumbing. It wasn’t finished, so they didn’t come back and finish it. Mr. Hinkle told me and my architect to just stop, don’t do any more work, and that’s why I stopped. He said, Don’t do any more work until I get a tenant.”

Haleem said once he got a notice from Center Point’s Director of Inspection. Ricky Hinkle, the contractors, and everyone he had on the job stopped working.

Haleem mentioned he noticed his business license had expired after the HVAC contractors came out to check the building after a tenant moved in.

“He only gave me 90 days to bring the building from condemnation up to code, and it was in the wintertime,” Haleem said. “I just couldn’t get it done. I asked for an extension, and he wouldn’t give it to me; he told me to come in front of the councilmen.”

Haleem mentioned another agreement was given within the same year from a city attorney after the previous council denied him to extend time on the building’s repairs.

“He is talking about there’s no way it could be done in 90 days; he signed the agreement that says 90 days. The other agreement gave you 91, so that’s 180 days,” Hinkle said.

After the dispute between Hinkle and Haleem, the council decided to remove the building from the demolition list and give Mr. Haleem 120 days from October 21 to get the building in fully working condition.

The items approved on the council’s consent agenda were:

Attorney Bobby Hornstein spoke to the council on behalf of George Burton, the body shop owner located on 9 16th Avenue in Center Point.

“The property was rezoned light industrial in August of 2003, and at some point and time, the city had some master zoning, without his knowledge or involvement. It was rezoned to commercial, and he was not aware of that,” Hornstein said.

Hornstein said the property had been a body shop for quite some time, and it used to be a business that carried lawnmower supplies. Hornstein currently has a lawsuit in place with the City of Center Point to fix the issue, but if the council can help, the lawsuit will be thrown out.

The council approved the rezoning of the property to change back to Industrial Light instead of Commercial 1.

Property Owner Anthony Owens of Summerise Apartments spoke to the council about his concern of the trash cans and trees within his complex.

“The trash cans and trees, we don’t know where they came from,” Owens said. “They are not ours. We have Waste Management Dumpsters, three on the property. We called the company who owns the trash cans to come get them. We don’t know what else to do.”

Owens said he’s unsure who the vacant trash cans belong to, but he said he had called another trash can company called Allies.

“They are residential trash cans, and they came to pick up a few, but we are still waiting,” Owens said.

President D.M. Collins said she had visited the property, and she agreed that the complex does have a dumping problem.

“I have a guy specifically that goes around the properties and pick mattresses, anything that didn’t make it to the dumpster, so it will be taken care of,” Owens said.

The council referred Owens to put up a gate, but Owen said a gate wouldn’t work because of another smaller apartment complex and a couple of houses that are currently on the lot.

D.M. Collins said she also noticed Owens had a burned-out unit on the property.

“We are exactly underway now, and we planned to do it last year, but we had some issues,” Owens said .

Owens did not want to address any further issues to the public about the burned unit. However, D.M. Collins said the council needed to know publicly for the safety of the residents. Owens’ response was “permit process.”

Owens said he couldn’t pull permits, and he said he didn’t have a valid reason why.

Inspection Director Hinkle said if the work consisted of more than $50,000  for four units, Owens would need a state contractor.

During the public hearing with Owens, the council received word that Owens did not have a current business license. As a result, the council referred Owens to immediately get all the proper licensure before continuing any work.

The council also scheduled a public hearing for Property Owner Latanja Davis to speak about the rezoning of her property from residential to Commercial. Davis was not present to speak.

For Public comment, Steve Fishman spoke about his interest in buying a property in Center Point.

“One of the plans looking at it, I haven’t purchased it, but I’m finishing up my due diligence and come to let you know,” Fishman said. “I’m interested in investing in your community, and I wanted to see if I can get some help here.”

Fishman showed the council pictures of the property and spoke on his plans for the lot.

“I like what you’re doing here; I want part of it,” Fishman said.

Along with D.M. Collins, the council agreed that they would have a pleasure working with him in the future and wished him luck on getting the property.

Chief Coleman spoke about the monthly fire statistics and that the department has five vacancies available.

Battalion Captain Chris Horn spoke with the council about a fire department proposal for assistance fixing repairs within one of the station’s kitchens.

The council spoke publicly with Coleman and Horn and invited them to a work session to discuss the fire department’s needs and see if their request fits the city’s budget.

“We had a lot of great feedback, a lot of employees showed up, and we discussed with the Chamber of Commerce and Development to make this an annual thing because of the great turn out we had,” Collins said.

President Collins said the first meeting in November would take place in person.

Councilor Tiffany Moore thanked the Chamber of Commerce for overseeing the national night out event.

Things coming up in Center Point:

The Economic Development Meeting will take place on Thursday, October 28.

In addition, the Public Hearing for the rezoning of Family Dollar is scheduled for Thursday, November 18.