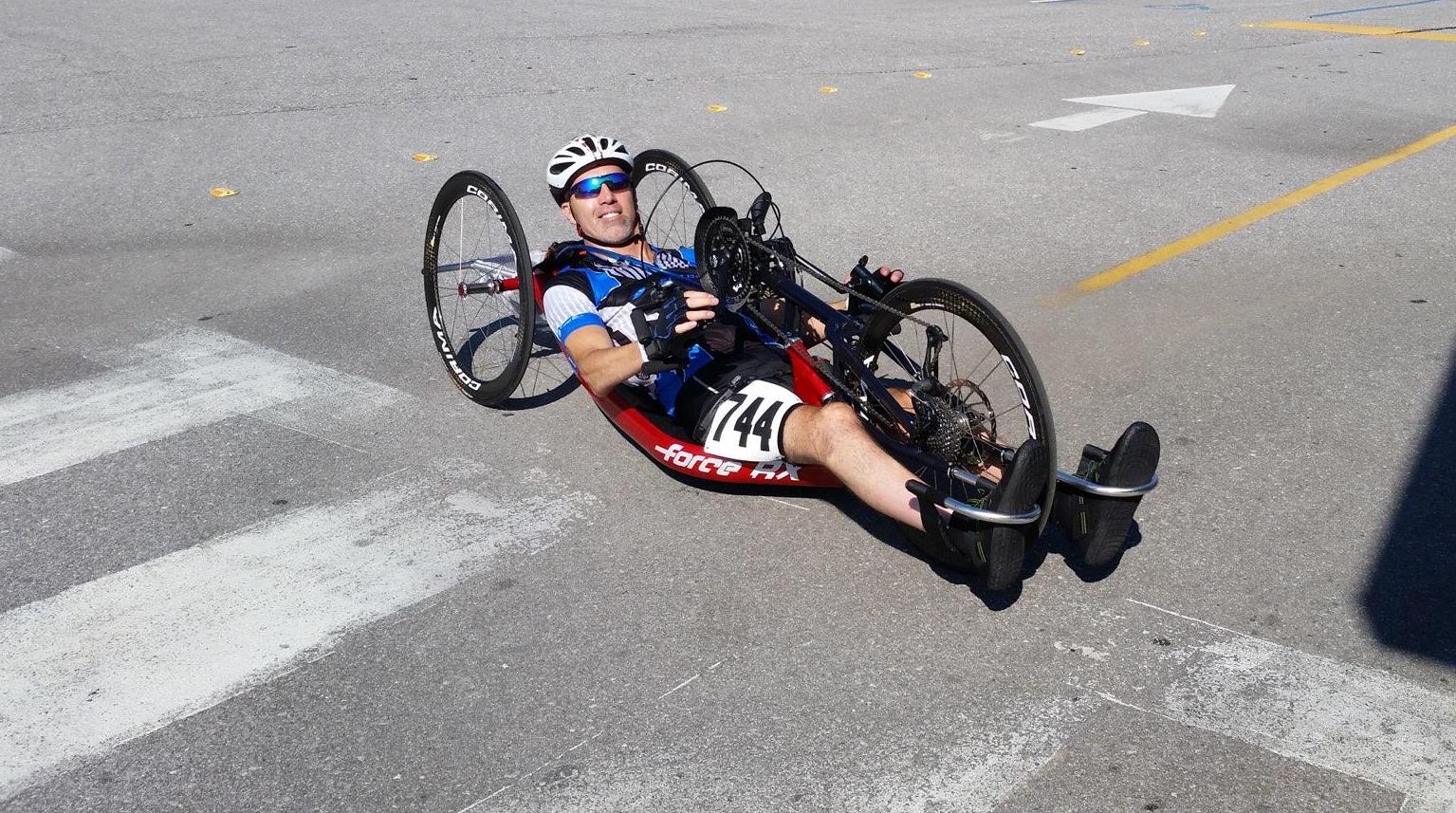 Championing a disability: Leeds man’s journey to the Paralympics and the Alabama Sports Hall of Fame

By Aubrey Joyner, For The Tribune

LEEDS — For Bryan Kirkland, life revolved around sports as he was growing up. A native of Leeds, Kirkland played every sport from football and basketball to running track. In his family and around town, Kirkland was known for his ability to excel in any competitive activity; he was a natural athlete. 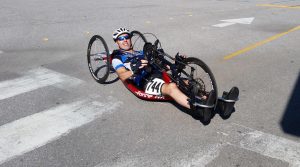 But at 20 years old, his life came to a startling halt when he suffered a spinal cord injury at a motocross event, crushing his fifth vertebrae and leaving him with C6 – C7 quadriplegia.

In 1992, just a month after his accident, Kirkland became a patient at the UAB Inpatient Spain Rehabilitation Center. The goal of his treatment was simple; he needed to gain strength to make it through his therapy sessions.

Amie McLain, M.D., professor and former chair in the UAB Department of Physical Medicine & Rehabilitation, and her team immediately knew that Kirkland’s case was different.

“For being so young, he had a remarkably positive outlook on his recovery. He is resilient in every aspect of his life. He always looks to what he can do, not what he can’t do.” She gives credit to his sportsman-like attitude.

McLain remembers the first rugby game she attended in support of Kirkland. Cheering him on alongside his family gave her an overwhelming sense of gratitude.

Kirkland stated that going from a young athlete to learning how to tie his shoes again was tough. He says that Dr. McLain and her team were essential in gaining strength to live a normal life.

Kirkland makes it clear that the support he has received from his community has been outstanding. He married his high school sweet heart, Shai Kirkland, in 1997.

“She was with me when I got hurt, she has been there with me every step of the way,” says Bryan Kirkland.

Kirkland recalls coming home for the first time since his accident to see hundreds of hand-written welcome home signs lining the road. He realized he was not in this fight alone.

Following treatment, Kirkland had little hope that he would ever be able to participate in sports again. However, when he discovered the Lakeshore Foundation, he developed a new-found passion for wheelchair rugby and track.

“Lakeshore became my safe space for doing what I love most – sports.”

Kirkland’s coach, Kevin Orr, was an instrumental mentor during this process. Orr pushed his athletes to be the best versions of themselves. The turning point for Kirkland happened at a surprising time—during a children’s sporting event known as Super Sport Saturday.

“The children who participated in the camp had such a positive spirit. They did not dwell on their disability. They only focused on the abilities they had. This really changed my perception.”

It was from this moment on that Kirkland was inspired to pursue his career as a Paralympian.

Six years following the accident, Kirkland competed in the World Wheelchair games where he medaled in three different track and field events, setting a world record in the 200 meters.

Representing the USA, he medaled at the Paralympics in the years 2000, 2004 and 2008. In 2009, Kirkland was selected as a Hartford Athlete, an inspiring group of athletes nationwide with a mission to tell their story of overcoming adversity as an athlete.

While receiving a medal on the world stage was incredible, Kirkland says his proudest accomplishment occurred in 2012 when he was the first Paralympian to be inducted into the Alabama Sports Hall of Fame.

“This is my biggest accomplishment to this day, being inducted into such a prestigious able-bodied hall of fame. Instead of recognizing my disability, they recognized my talent.”

Kirkland currently plays on a highly-skilled wheelchair rugby club team based out of Austin, TX. He trains in Alabama but flies to Austin to play with his team once a month. With every opportunity he gets, he gives back to his community and places a high priority on building relationships so he can pass on knowledge to others.

His favorite way to give back is by working with wounded veterans. He insists on being recognized as a motivator, not an inspiration.

“We all have challenges in life, I want to motivate people to look past their disability and really see their potential.”

Editor’s note: This story was originally published by the UAB School of Medicine, and is used with permission.