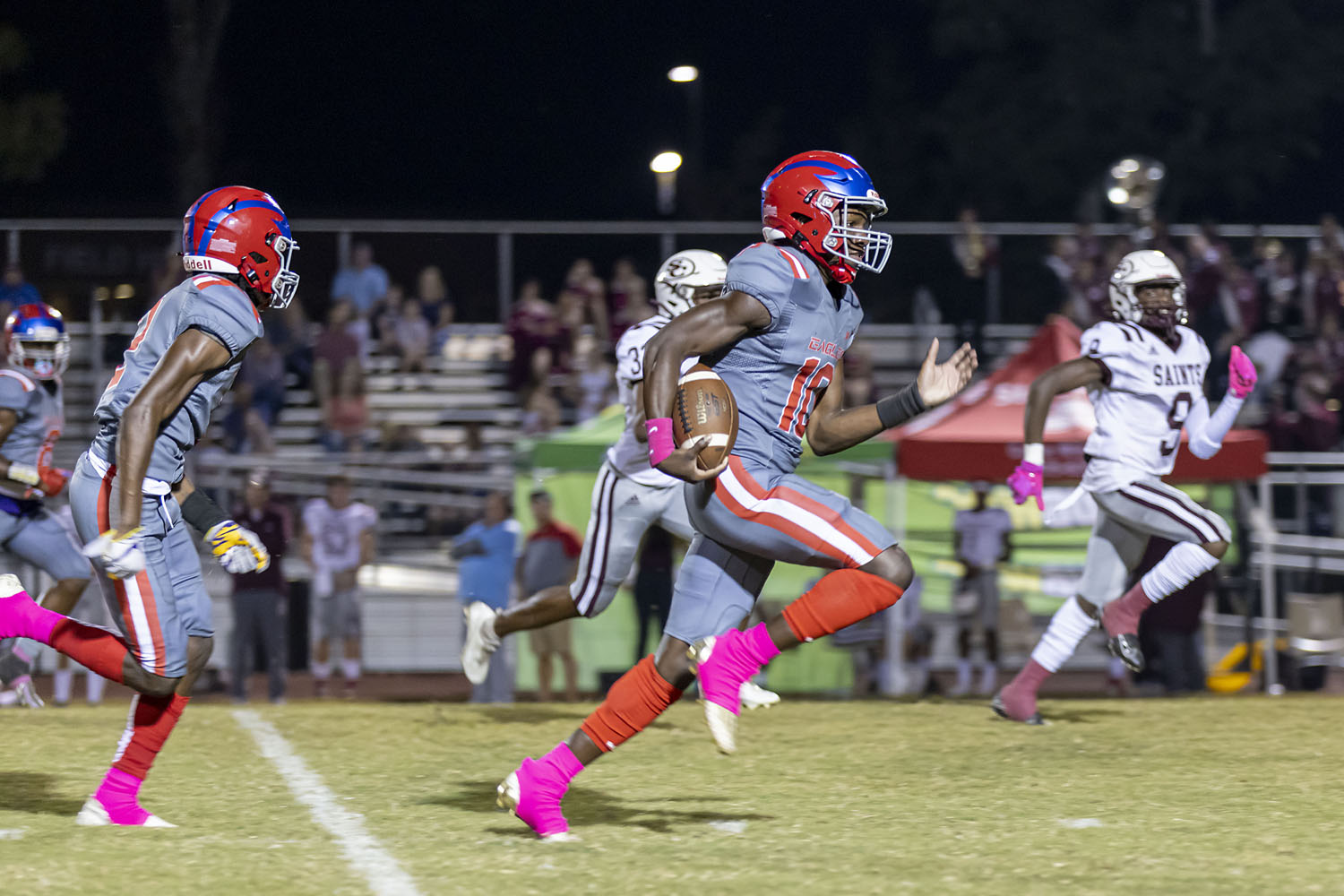 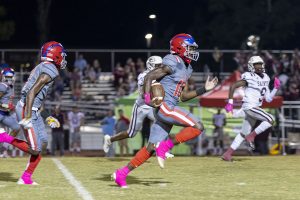 Against Corner, Collier had his best passing game of the season, going for 207 yards and a touchdown, while also running for 104 yards and scoring twice on the ground.

That’s why Collier is The Tribune’s Player of the Week.

After a scoreless first quarter against Corner, Collier opened the scoring with a 10-yard touchdown run with 8:04 left in the half. A missed PAT didn’t matter on this evening and Collier kept the game well in hand for the Eagles. The Center Point signal caller rambled 29 yards to take the rock in for another score with 10:37 left in the third quarter.

Later in the same quarter, he  tossed a 31-yard touchdown pass to Therman Moore with 6:21 left in the quarter. This time running back Troy Bruce converted for two, and the Eagles led 20-0 and the game was pretty well in the books.

“He had a really good game,” Eagles head coach George Bates said, “and he had six of his passes dropped, so he could have done even better. He’s a really good kid, and this is his first full season starting at quarterback. He’s continuing to get better.”

Collier is a natural athlete, and he’s been a key reason that Center Point (7-3, 5-2) has reached the playoffs for the fourth season in a row.

“He’s the fastest kid on the team and he’s our second-leading rusher,” Bates said. “He’s becoming a more vocal leader, and he’s explosive.”

The Eagles piled up 438 yards on 49 plays, with their offensive possessions totaling less than 18 minutes in the game.

The Tribune Player of the Week is sponsored by OrthoAlabama Spine & Sports.