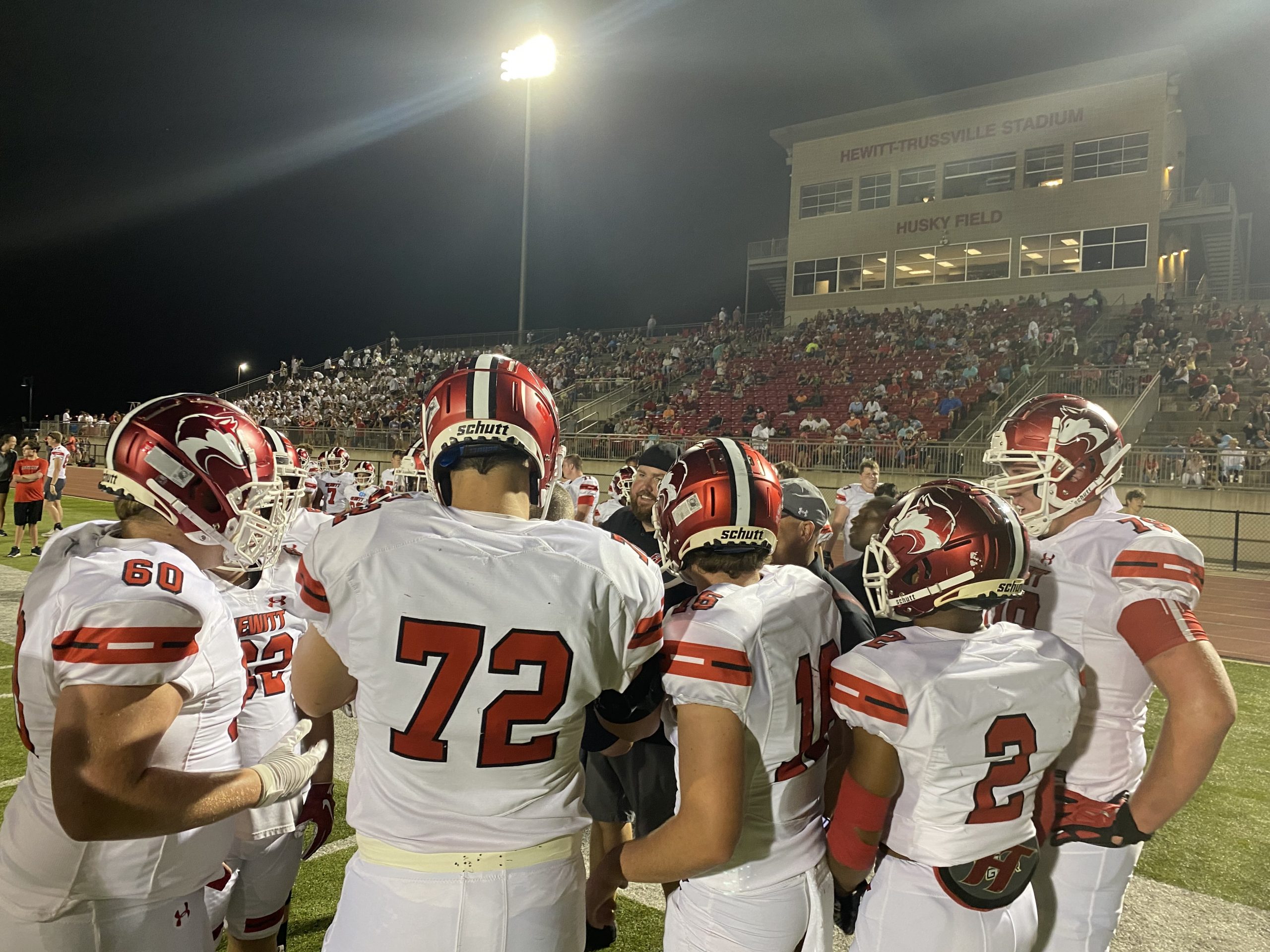 Hewitt-Trussville named Team of the Week

TRUSSVILLE — Sometimes a team’s performance is so good that it eclipses the individual ones. So it is with the Hewitt-Trussville Huskies in a dominant performance against Oak Mountain on Friday, October 22, 2021. 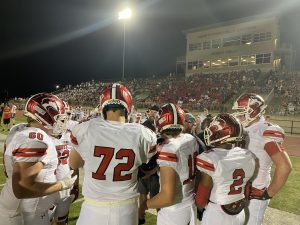 The Huskies held another playoff-bound team, Oak Mountain, to seven total points to improve to 8-2 on the season, with a region record of 5-2. Here’s how high expectations are at Hewitt-Trussville: an 8-2 regular season is almost considered a disappointment. But against Oak Mountain, the Huskies looked like everything they could be — and maybe more.

That’s why they’re The Tribune’s Team of the Week.

Peyton Floyd went 6-for-12 for 158 yards and two touchdown passes, while senior signal-caller Cade Ott Carruth returned from injury and threw a pair of touchdowns as well. Omari Kelly went off for three touchdowns and 154 yards receiving. James Hammonds ran for 127 yards.

But the story of Friday night’s game isn’t just the offensive stats. It’s also how the Huskies overcame an early disaster, a blocked punt that set up Oak Mountain with a very short field and allowed the Eagles an easy score; and it’s also about how the defense responded after that score to hold Oak Mountain out of the end zone for the 47 minutes.

Braylon Chatman and KJ Jackson each nabbed interceptions. The linebacking corps of Bam White and Hunter Jones continued to tackle well. Justice Finkley and Hunter Osborne wreaked havoc, as usual. Tyrell Averhart showed why he’s one of the most underrated defensive players in the region.

CJ Curtis was perfect on PATS. Gavin Williams added one, too, when he was called upon. In other words, it was what coaches want from their team as they wind down the regular season: A total team effort.

That team effort was enough to help the Huskies secure the No. 3 spot in the Class 7A Region 3 playoff race. Already a lock for a playoff spot, Hewitt-Trussville came into the game against the Eagles with the opportunity to improve their playoff position, and they did just that. As the No. 3 team in the region, the Huskies will travel to play Bob Jones on Nov. 5. The Patriots ended their season at 5-4, good enough for a No. 2 seed in Class 7A Region 4.

The Tribune’s Team of the Week is sponsored by Courtesy GMC. Other teams considered this week: Center Point (26-7 win vs. Corner), Clay-Chalkville (54-0 win vs. Huffman) and Pinson Valley (49-27 win vs. Jasper).