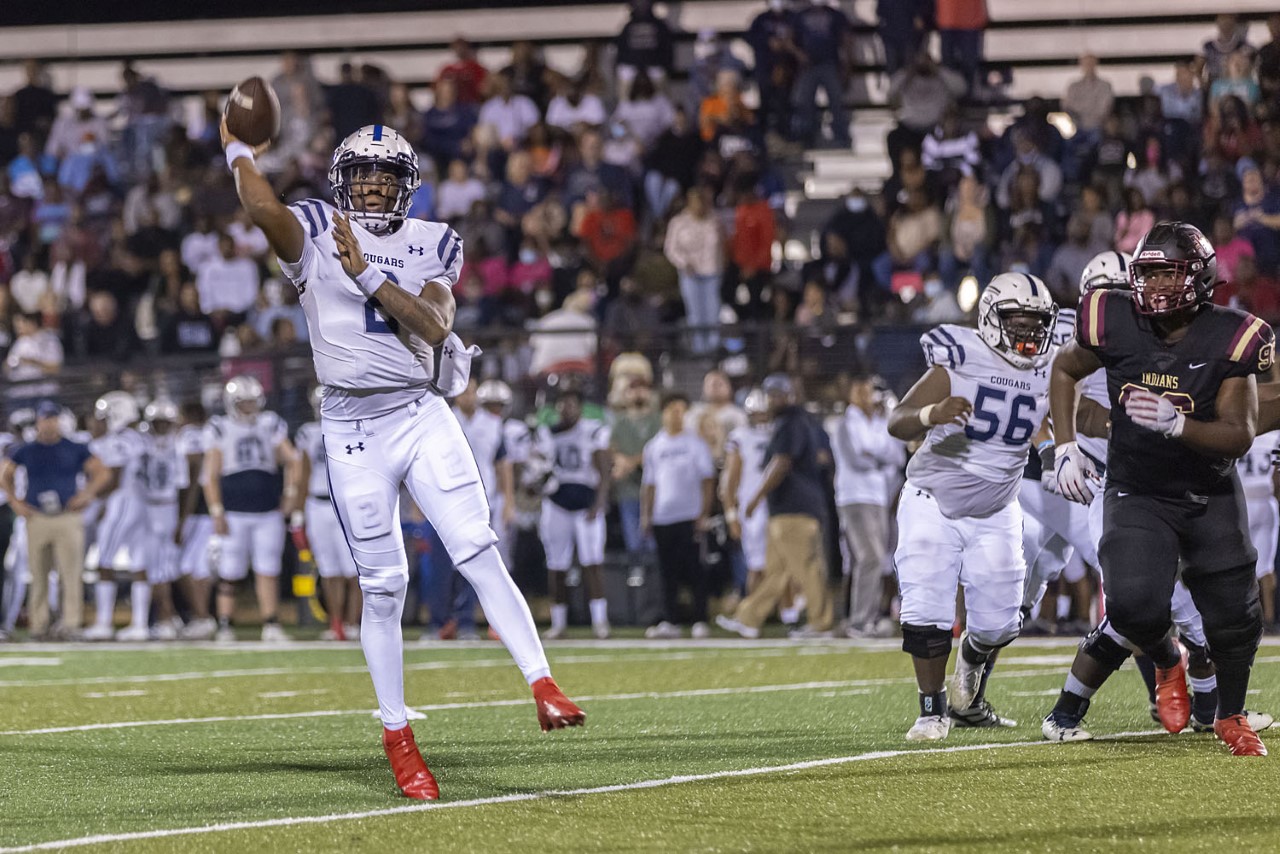 CLAY — Khalib Johnson had another stellar night for the Clay-Chalkville Cougars on Thursday, October 28, 2021, throwing three touchdowns and 214 yards as the No. 1-ranked team in Class 6A blew out a 7A playoff team at Oak Mountain, 48-0. 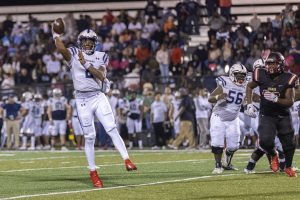 Johnson, a senior recruit committed to play for Louisville next year, has proven he can sling the ball with anyone even if he’s not always called to do so. The Cougars have a stellar running game, but Johnson also has a trio of great receivers: Marquarius White, Jaylen Mbakwe and an emerging Mario Craver.

Johnson and White connected three times for 103 yards and a score, while the senior quarterback found Craver for 76 yards and two scores.

It’s been that kind of year for Johnson. He has helmed an offense that can — and has — put up points against anyone. Against an Oak Mountain squad that’s the No. 4 playoff team in 7A Region 3, it’s impressive to win. To do in the way that Johnson and the Cougars did is even moreso.

Johnson went 9-for-17 — not eye-popping numbers, but good enough for a 52.9 percent completion rate — on a night when Ed Osley didn’t break the century mark on the ground, and neither did Rodreckus Johnson. That’s the thing about the Cougars, however: They can win on the ground or in the air, and no team they have faced so far this season has been able to stop them.

But it has been when Clay-Chalkville has struggled in the running game that Johnson has risen to the moments presented to him.

Clay-Chalkville has had some momentous victories over the course of this season. Eliminate the overwhelming victory against Shades Valley, which is deep in the trough of a rebuilding year. Look what Johnson did against Hueytown: He went 11-of-14 for 217 yards and four touchdowns.

Against archrival Pinson Valley, Johnson came out on top in a battle of highly rated quarterback prospects. While the Indians’ Zach Pyron struggled and threw four interceptions, Johnson was 8-for-15 with a touchdown and most importantly didn’t do anything to hurt his team. When the Cougars took on the Jackson-Olin Mustangs, Johnson went 20-for-28 for 296 yards and five touchdowns.

As Clay-Chalkville prepares to host Decatur for a November 5 playoff game, the Cougars will lean more and more on Johnson’s ability and leadership. So far during the 2021 season, Johnson has answered the call every time he’s been asked to handle the load. That’s why he’s The Tribune Player of the Week for the second time this season. Player of the Week is sponsored by OrthoAlabama Spine & Sports.