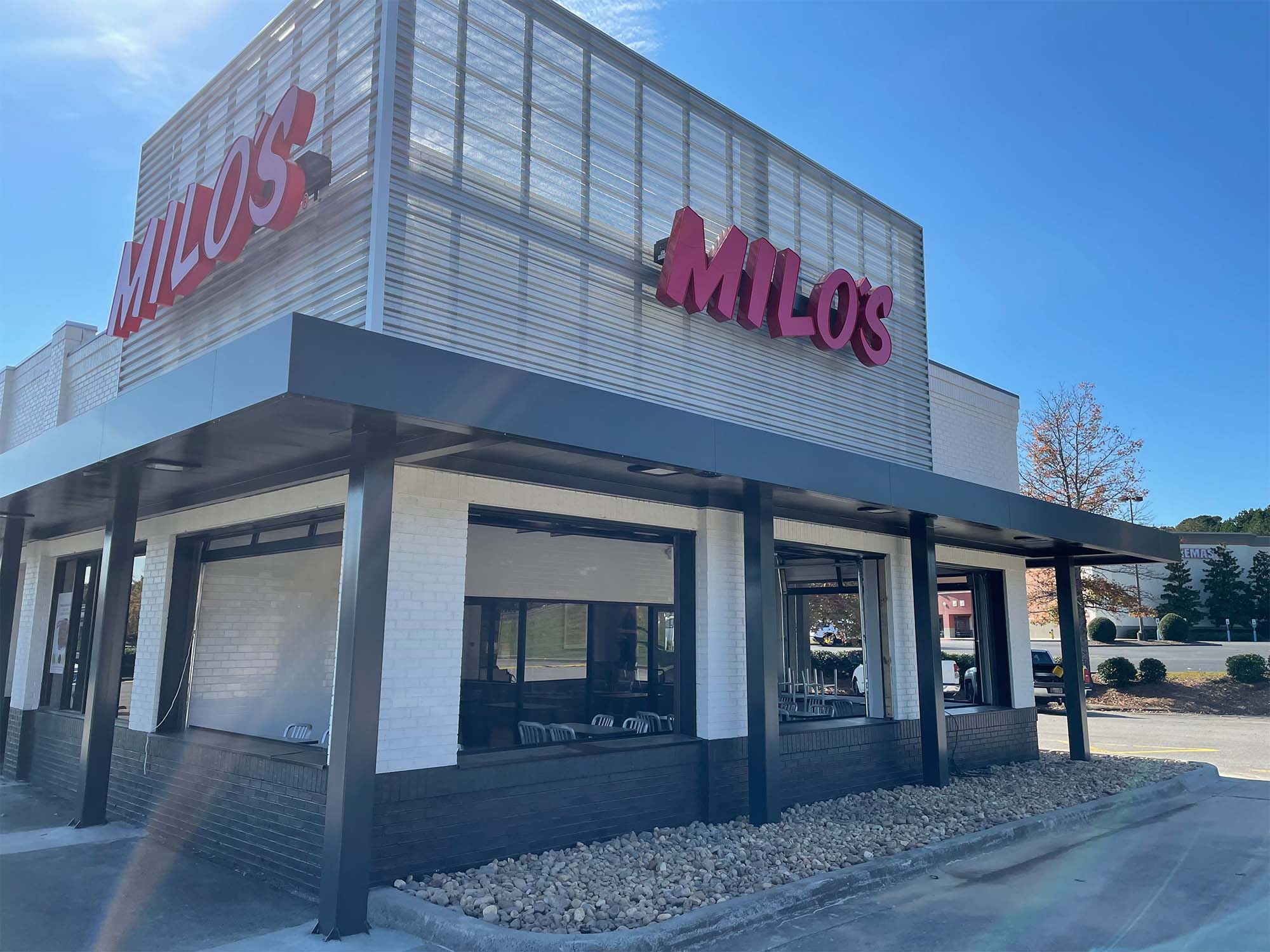 Milo’s in Trussville gets a new look 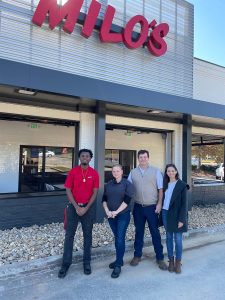 The company planned to revamp several stores and already had plans to include Trussville, but an accident at the restaurant on Friday, March 5, accelerated the renovations. An SUV slammed into Milo’s, leaving a large hole in the side of the building that faces Chalkville Mountain Road.

The refresh incorporates five half garage doors in the revamped dining room, and the plan is to have the doors open as much as possible. In addition, all new furniture has been ordered for the dining room to tie into the modern look.

“We wanted to do Trussville first because it has been such a great store for us,” Executive Vice President Adam Pennebaker said. “So we came up with having this outdoor covered seating area as kind of what we wanted, and to brighten up the aesthetics for the outside of the building.”

Milo’s Marketing Director, Mary Duncan Proctor, said that they are excited to open the dining room for customers to come and experience the renovations they have been making. Proctor believes that their customers will enjoy the new style that Milo’s is bringing to Trussville.

“Our customers have been really patient with us with coming back from COVID they weren’t allowed to dine in, and now we’ve pushed them out again to do this refresh,” Proctor said. “We wanted to make sure that it’s up to date with what we’re doing with our new stores for Milo’s, which is a clean look and modern feel with hopefully outdoor space wherever we can.”

Pennebaker said they worked closely with the city of Trussville when it came to the vision of the refresh.

“[Trussville] approved our refresh, and they’ve had a lot of input as to kind of what we were gonna be able to do, but we really wanted to brighten our facility,” Pennebaker said. “We had dark brick, and this kind of lightens it up and makes it a safe, clean environment.”

Milo’s CEO, Tom Dekle, explained that the goal is to do a refresh every five to seven years to keep up with the quality that Milo’s strives for in every aspect of their franchise. Dekle said Milo’s stands on the quality of our food because it’s “100 percent pure ground beef, marinated, overnight tenders hand-breaded, and when you’re at an old dingy store, you don’t feel like you’re getting that type of food.”

“We always want to fold in quality,” Dekle said. “That is, even though the look and feel is is very important. We stand on quality, and that’s our most important thing. But this is consistent with that.”

Milo’s in Trussville plans to open their dining room to the public on Tuesday, November 23.