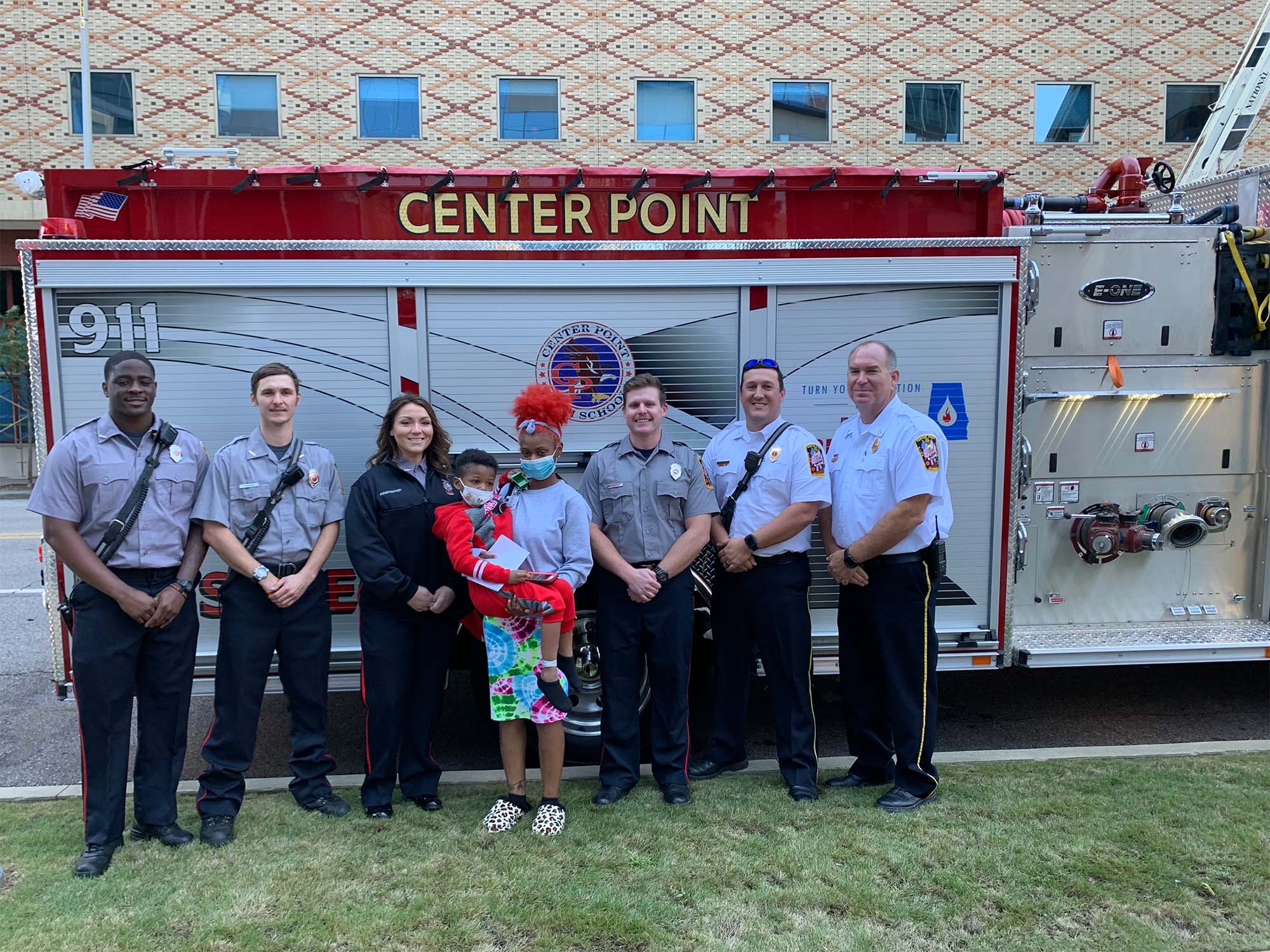 BIRMINGHAM —  Center Point Firefighters met the child they saved in an apartment fire when he was released from the hospital. 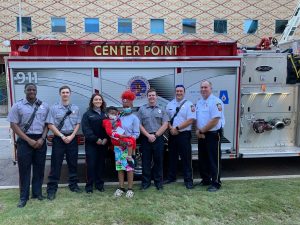 One of the most feared calls that one can get is responding to a structure fire with people trapped. A fire inside a residential home can double in size and intensity every 30 seconds. This makes every second count at a fire scene when searching for victims.

On the night of November 1, 2021, Center Point Fire Department (CPFD) responded to a fire on the second floor of an apartment building. As crews began to enter the structure, they were informed of a child trapped inside. You can imagine the stress this adds to a firefighter knowing that they now need to perform at their highest ability to locate and execute the victim’s rescue quickly. Every second that ticks by is one more that the victim depends on them to intervene. Fortunately, with this incident, all went as planned and, the crews performed a primary search that rescued the child from further injury. All the crews’ training, dedication, and teamwork worked out to produce a successful outcome for the incident.

“With this situation in mind, we like to use the positive outcome to remind everyone of the importance of fire prevention and safety,” Battalion Chief Brandon Dahlen said. “Simple things are what count, such as; a smoke detector on each floor near bedrooms (tested monthly), closing bedroom doors at night while you sleep, practicing fire drills that include two ways out, not leaving cooking food or lit candles unattended, keeping space heaters three feet from other objects, limiting the use of extension cords and not overloading there designed use.” 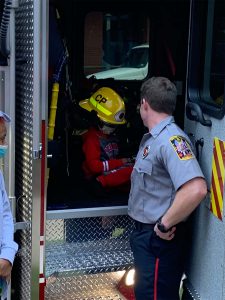 Drew Babyak shows the fire victim all the features inside the fire truck.(Photo courtesy of Battalion Chief Brandon Dahlen)

In Alabama this year, there have been 68 deaths attributed to fire-related injuries. Nationally, Alabama ranks fifth per capita for fire-related deaths. Most if not all of these could have been prevented with a few simple steps. While it’s unfortunate, fire services are aware that structure fires will occur. However, their focus is to reduce the number of fire-related fatalities that seem to result from these structure fires. In 2014 the Alabama Association of Fire Chiefs launched the “Turn Your Attention to Fire Prevention “campaign. (www.turnyourattention.com)

“Turn Your Attention to Fire Prevention” was to bring awareness to the growing number of unnecessary fire-related deaths. It has been successful with increasing public awareness to this problem; however, more can be done. For years now, the fire service has continuously offered fire prevention and safety education across the nation. Bringing awareness and education of fire safety to citizens in their communities is the best tool for prevention.

Dahlen explained that everyone who becomes a firefighter understands that the job is about staying prepared to save lives, protect property and provide service to our communities. The initial fire recruit training is over 400hundred hours, followed by countless hours of monthly continuation of education over a career.

“We do this to stay sharp and current on the essential job performance techniques,” Dahlen said. “Then, when the need arises for firefighters to perform, they have only a few moments to react, which increases the need to perform effectively.” 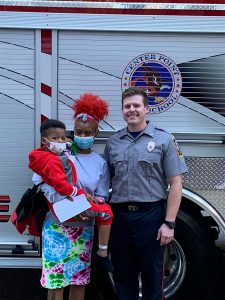 From Left to Right: Fire victim and his mom and Drew Babyak (Photo courtesy of Battalion Chief Brandon Dahlen) 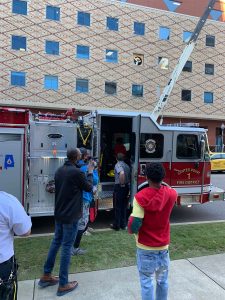 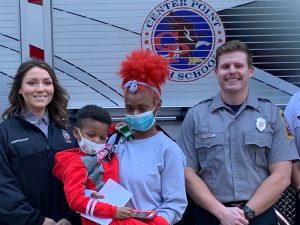