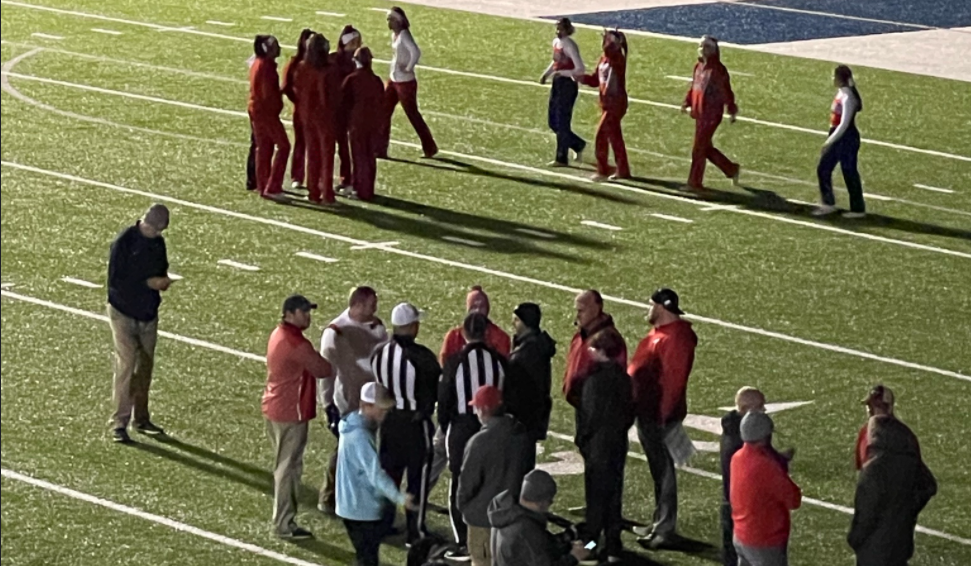 A lighting issue caused the Hewitt-Trussville vs. Bob Jones 7A playoff game to be delayed by three hours and moved to another stadium. (Photo courtesy of the HuskyFast Network)

MADISON — Omari Kelly scored twice in the first half and the Hewitt-Trussville Huskies overcame more than a little adversity on a night when their first-round playoff game against Bob Jones didn’t kick off until 10 p.m. 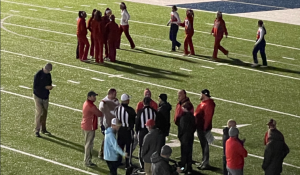 A lighting issue caused the Hewitt-Trussville vs. Bob Jones 7A playoff game to be delayed by three hours and moved to another stadium. (Photo courtesy of the HuskyFast Network)

The game ended just before midnight.

The Huskies (9-2) beat the Patriots (5-7) by a score of 42-20 and were originally supposed to play the game in the Madison City Schools Stadium. But a lighting issue — specifically a lack of lighting — at the stadium caused the game to be moved to Milton Frank Stadium.

The game was supposed to kick off at 7 p.m. However, there was a three-hour delay as technicians worked on the lighting problem and then the decision was made to move the site of the game to Milton Frank.

Once the game finally got underway, the Huskies were in command pretty much from the get-go, as linebacker Bam White got an early pick-six barely a minute into the game, and then Kelly added his two scores to push the score to 28-7 at halftime. The senior wideout would finish the game with 128 yards receiving.

And then on the Huskies’ first play from scrimmage in the third quarter, senior running back James Hammonds scored from 82 yards out to make it 35-7. Hammonds ran for two scores in the victory, and racked up 147 yards on the ground.

Cade Ott Carruth was 9-for-11 passing for 157 yards and a touchdown. Peyton Floyd also threw for a score and ran one in as well.

Bob Jones didn’t go quietly, however. Patriots quarterback Rayshawn Hardy had a hand in three scores, running in two and passing for one. Hardy hit wideout Robert Morgan for a 33-yard touchdown late in the third quarter, and then Hardy scored on the ground with 7:50 remaining to make it 42-20, and the Patriots could get no closer.

Hewitt-Trussville plays at Hoover in the second round, a rematch of an October 1 matchup that saw the Bucs dominate the Huskies, 34-10.