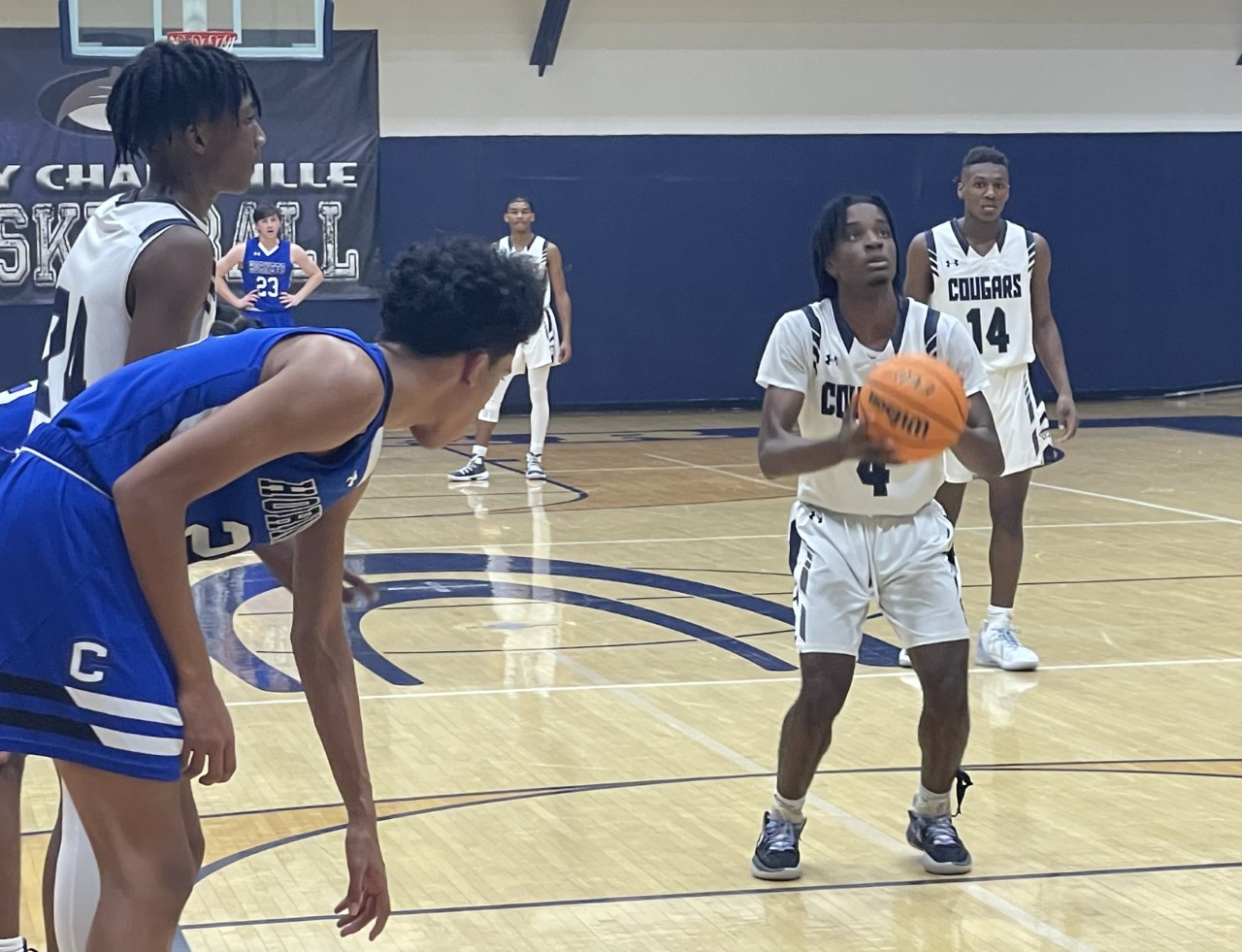 Clay-Chalkville gets OT win vs. Chelsea

Clay-Chalkville Cougars didn’t blink when they went down 7-0 against the visiting Chelsea Hornets here Tuesday night. Instead, the Cougars worked their way back into the game and prevailed 63-57 in overtime to give first-year head coach Chris Richardson his first win. 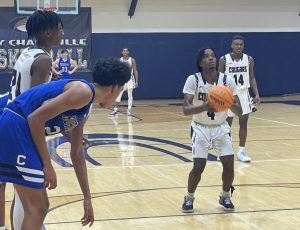 Jalen Hudson gave the Cougars a chance to win it in regulation when he hit a three-pointer with less than 10 seconds left to give Clay-Chalkville a 52-50 lead, but the team earned a technical foul when players rushed the floor to mob him in celebration.

“I tell Jalen to shoot every day,” Richardson said. “Miss it, make it, it doesn’t matter. I want him to shoot the ball. When he knocked down that shot — I wouldn’t have picked anybody else to take it. The technical, well, that was just inexperience on the part of our guys, and that’s something they’ve got to learn.”

Chelsea’s Alex Redd hit both free-throws on the technical, and the teams were tied at the end of regulation, 52-52.

Redd nearly brought the win to Chelsea in regulation, hitting a pair of layups and using great ball control while in the air to avoid defenders, giving the Hornets a 50-49 lead with 15 seconds left before Hudson answered with the three to take the lead.

In overtime, Clay-Chalkville found its rhythm, as the Cougars relied on Hudson, Davon Cheatham and CJ Dixon to pull away in the extra frame. Cheatham drained a three to put the Cougars up 55-54, and then Dixon hit a layup to push it to a three-point lead.

Chelsea’s Paul Lamzi couldn’t hit the front end of a 1-and-1, the Cougars got the rebound and extended the lead via free-throws.

“We’re a young team,” Richardson said. “We only have two guys back from last year’s team, and they didn’t play a big part in that team, barely played at all.

It was a learning experience for the young Cougars. Despite being athletic and aggressive on the floor, Clay-Chalkville didn’t take the lead until 5:51 in the third quarter. But the hard-fought victory was perfect for Richardson’s head coaching debut.

“We have some inexperience, and I expected it to be kind of sloppy, but they did what I wanted them to do, which is play hard,” Richardson said. “They never gave up. They faced some adversity tonight, because they were down and they never got away from the game plan.”

After that, it was a nail-biter, with both teams trading the lead and using a frantic pace to force the other into mistakes and turnovers.

Hudson had 15 points, while Cheatham added 14 and Dixon contributed 12 points.

Chelsea’s Lamzi led all scorers with 18, while Redd added 15.