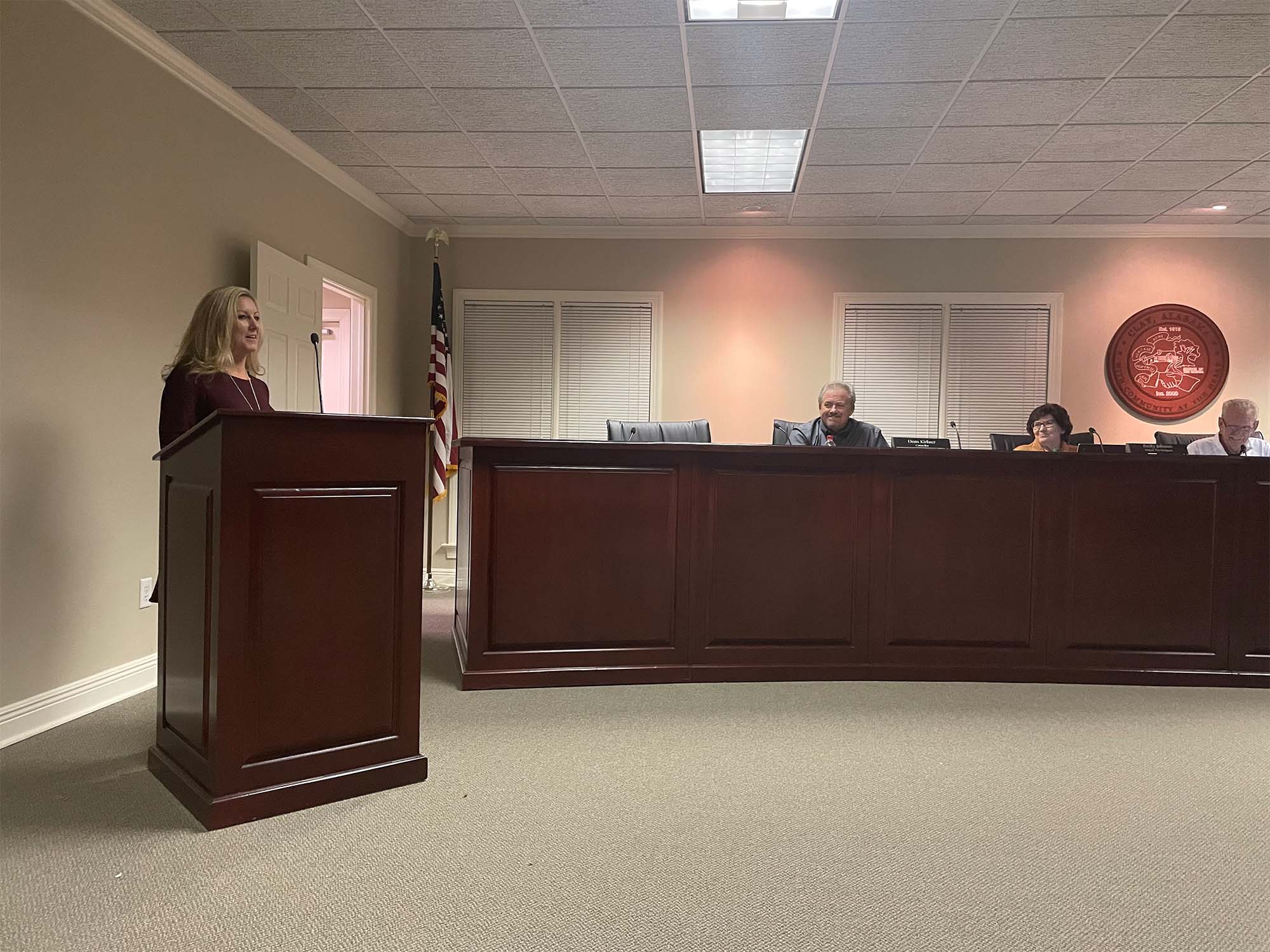 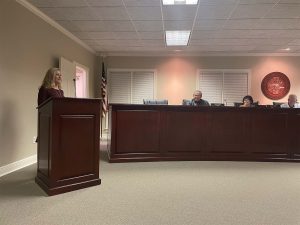 Center Point Battalion Chief Brandon Dahlen spoke about last month’s fire statistics, the fire department responded to 918 incidents, and that brings them up to date to 9,250 calls. Last year, we were at 8,136 calls, meaning that calls have risen by more than 1,100.

“If you look at our trends, every year, we’re trending upwards,” Dahlen said. “Last month, we made 352 transports, and total to year to date, we’re at 3303. And from last year, at this time, we were 29 away, so 395 transports, pretty significant.”

Dahlen discussed the importance of fire safety, reminding everyone that there have been 68 related fire fatalities in Alabama this year.

This is a resolution authorizing the elimination of nuisance on private property. On October 12, 2021, Mayor Charles Webster declared 2146 Sweeney Hall Road, 4809 Curtis Lane, and 14 Balboa circle to be a public nuisance. This is the resolution to allow the city to cut grass.

Clay council had a public hearing on a nuisance of weeds at 2146 Sweeney Hollow Road (Hardee’s).

“That contract is executed but they’re not going to do anything until the construction starts of the Dunkin Donuts,” City Manager Ronnie Dixon. “So we’re gonna try to work with them and get them to cut it.”

Clay council also discussed two other lots that are considered a nuisance due to weeds: 4809 Curtis Lane is owner-occupied and 5410 Balboa Circle is a vacant lot from the corner.

Webster thanked the community for the prayers his family received during his wife’s surgery.

“My wife had rotator cuff surgery today,” Webster said. “We spent about 12 hours at Grandview, but she’s at home resting now.”

Erica Thomas thanked the city on behalf of the American Legion 205 Michael W. Hosey Post Clay-Trussville for their donations for Wreaths Across America. Erica also asked for the council’s help in donating items to a non-perishable food drive for the homeless students in the community. Thomas said they will take coats, food, shoes for these children.

“We would like to do something because there are about 10 children at Clay-Chalkville Middle School that are homeless,” Thomas said. “That can mean in a shelter somewhere, but at least five of them are absolutely without shelter, and without a home.”

“The only challenge that we’ve had is finding people to help, so the more the merrier,” Thomas said. “We don’t only help patients, but we also help caregivers and families of patients.”

On Sunday, November 28 the tree lighting will be held at Cosby Lake. Clay’s Christmas Parade is Saturday, December 11.

Clay Elementary School will be hosting a food drive from November 15 through 19. There will be dress-up days to promote the food drive.

The next meeting of the Clay City Council will be Thursday, November 18, 2021, at Clay City Hall, beginning at 6 p.m.