TRUSSVILLE — Hewitt-Trussville high school honored 1o remarkable athletes in the 2022 senior class on Wednesday as Huskies across several different sports signed letters of intent to play for their respective colleges. 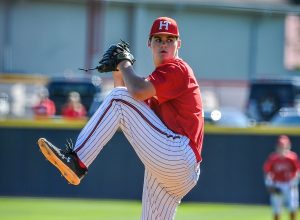 Riley Quick, a dominant right-handed pitcher who was named to the Super All-State Team in June 2021, signed with The University of Alabama to play baseball at the Capstone.

Fellow Pitcher Baker Green signed with Snead State. At 6-4 and 210, Green is another right-handed pitcher who can also play first base.

Ethan Duhon, a sure glove no matter where he plays on the field, signed to play for Huntingdon College. Duhon has been an outstanding utility player throughout his high school career and is a former All-Tribune Team selection.

Four Hewitt softball players signed letters of intent to play at the next level, continuing years of success that culminated in winning the last two 7A state championships. 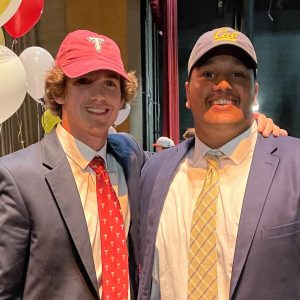 Huskies track & field athlete Tanveer Raza signed with UC-Berkeley. Raza has a 58-7 shot put personal record and is the Hewitt-Trussville school record holder. He was all-state in both shot put and discuss.

And Ethan Womack signed with Troy. Womack has a 5980 decathlon personal record and was All-State in both the decathlon and 110-meter hurdles.