ST. CLAIR COUNTY — A new state law passed in 2020 allows voters in individual school feeder districts in St. Clair County to raise their own property taxes to be used strictly on their schools.  Several schools will ask voters on Tuesday, November 16, to increase property taxes for much-needed capital projects in their neighborhood schools. The local projects range from classroom additions to new schools for Moody High School, Springville Middle School, and Margaret Elementary in the Tribune coverage area, as well as other schools in St. Clair County.

All funds generated by the property tax will be placed into a separate capital projects account. The St. Clair County Board of Education (SCCBOE) budget will be presented at every month’s board meeting (public records that can be accessed at any time). The Alabama State Department of Education (ALSDE) provides funds for teachers, PD, library, and technology based on the number of students. It is illegal not to use these funds as directed by the ALSDE. In addition, the SCCBOE will continue to provide funds for the continual maintenance of buildings such as roofs, technology resources, and paving.

“I’m very excited about the possibilities that this will bring for our students because it allows us to add more facilities and expand the current ones,” St. Clair County Superintendent Mike Howard said. “It also just allows each community the opportunity to decide if they want more for their schools in their community or not.”

Limited space and classrooms are available at both Moody Junior High School (MJHS) and Moody High School (MHS). The current population of MJHS is nearing 400, and MHS is over 700. Both buildings are beyond the expected capacity for when they were built—expanding the pre-K program at Moody Elementary School (MES). There are currently six Pre-K classes that have tripled in the last five years.

“We’ve been able to do some really cool things, academically, we’ve gone way up,” MHS Principal Chris Walters said. “But the question is, how much better would we be if we were able to get the resources the kids actually deserve?”

MHS would use the 15 millage increase to build a new high school and a performing arts center with a 2,000 seat auditorium, sound stage, sound system, orchestra pit, and “green” room for media publication with a recording studio. MHS would also implement a 21st Century STEM and science labs with robotics area. A new competition gymnasium, cafeteria, and bus access road would be built. They would build a room for a band that accommodates the entire band, including large and small group ensemble areas. The 15 millage increase would allow agriculture science, family and consumer science, and Business electives in the building. The football field would be renovated to a turf field. MHS will also add unisex fitness and workout areas for PE, a modern media center with a cyber café.

MES would be remodeling the entryway and renovating floor tile and walls. In addition, the 15 millage increase would update playgrounds, add air conditioning to gyms, add a new digital sign, and update computer labs and intervention areas.

Moody Middle School (MMS) would install an outdoor PE facility/playground area behind the school, including equipment, fencing, a basketball court, and an ADA-compliant playground for special needs students. In addition, the 15 millage increase would allow an outdoor classroom and a STEM lab.

MJHS would remodel the front office/lobby to include the “lobby area” and the second partition of doors. MJHS would update the library to a media center, add an outdoor amphitheater space, and create two science labs. In addition, they would encase the walkway from the schools to the lunchroom, install new gym bleachers and refinish the gym floor. The MJHS would house sixth and eighth grades.

MES would be remodeling the entryway and renovating floor tile and walls. In addition, the 15 millage increase would update playgrounds, add air conditioning to gyms, add a new digital sign, and update computer labs and intervention areas.

“So you’re basically looking at is probably the current eighth-graders would be seniors when they’re able to actually get in the building,” Walters said. “So that’s kind of what we’re looking at basically is a three-year timeline to actually get our hands on the money, to when it’s completed.” 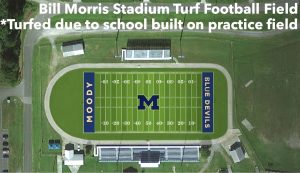 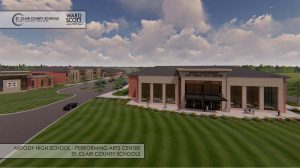 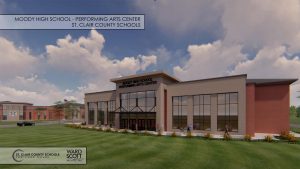 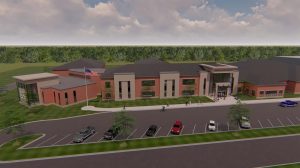 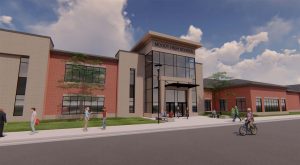 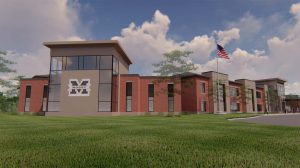 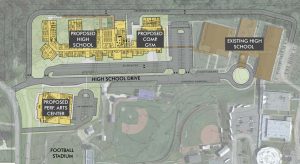 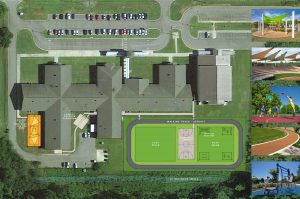 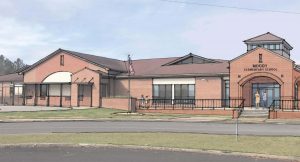 “This tax pass looks like it will allow us to be preparing for the growth we’ve already been dealing with alone with future growth,” SHS Principal Gregory Moore said. “For Springville schools to have the amount of students we have, we only have three buildings. We have an elementary, middle, and high school. So we don’t have that intermediate school or another building, to where we have space to accommodate students that we currently have and the growth that we’re anticipating in the future.”

The 15 millage increase would provide a new school for SMS which will house the seventh and eighth-graders. In addition, a new Performing Arts Center with 1000 seats and a new multipurpose gym at SHS. It would also allow the existing SMS to convert to a Springville Intermediate School. To accommodate the student population growth, additional classrooms would be built, along with other much-needed renovations at the schools, such as more Parking for high school students eligible to drive. In addition, the Springville football field would be renovated to a turf field.

“Having that Performing Arts Center, it’s going to open up opportunities for up to seven to ten percent of our kids to become a part of the fine arts,” Moore said. “We can have a true theater program so we can put on performances and do those things in the fine arts that we have kids with a lot of ability to do. We just don’t have the resources. So I think the fine arts performing arts center here is in Springville schools will allow opportunities for so many avenues for students as well as for our community.” 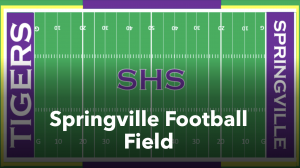 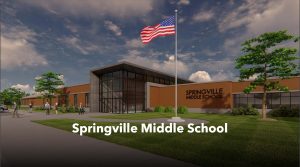 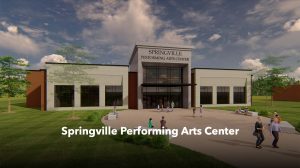 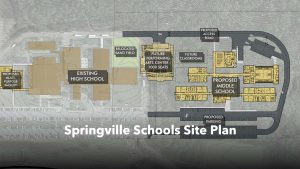 Margaret Elementary School (MaES) is at maximum capacity due to increased student enrollment growth. An additional wing of classrooms is needed at MaES. Limited space and classrooms are available at MaES, and it is beyond the expected capacity for when it was built. MaES has every classroom filled and one portable building. There are no vacant classrooms, and their enrollment increased over 80 students this school year. Their pre-k waiting list was longer than any other list in the county. MaES could add an additional Pre-K classroom if they had the new wing.

It’s estimated that over 30 percent of the fifth-graders from Margaret Elementary School will attend sixth grade at Springville Middle School. 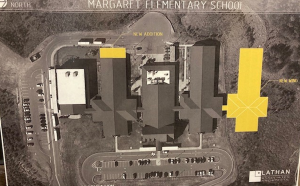 Rendering of Addition to MaES

Rendering of Addition to MaES

“I’m very passionate about this. Because you know, four years ago, we tried to do a county-wide election to increase millage rates, and it failed,” Howard said.