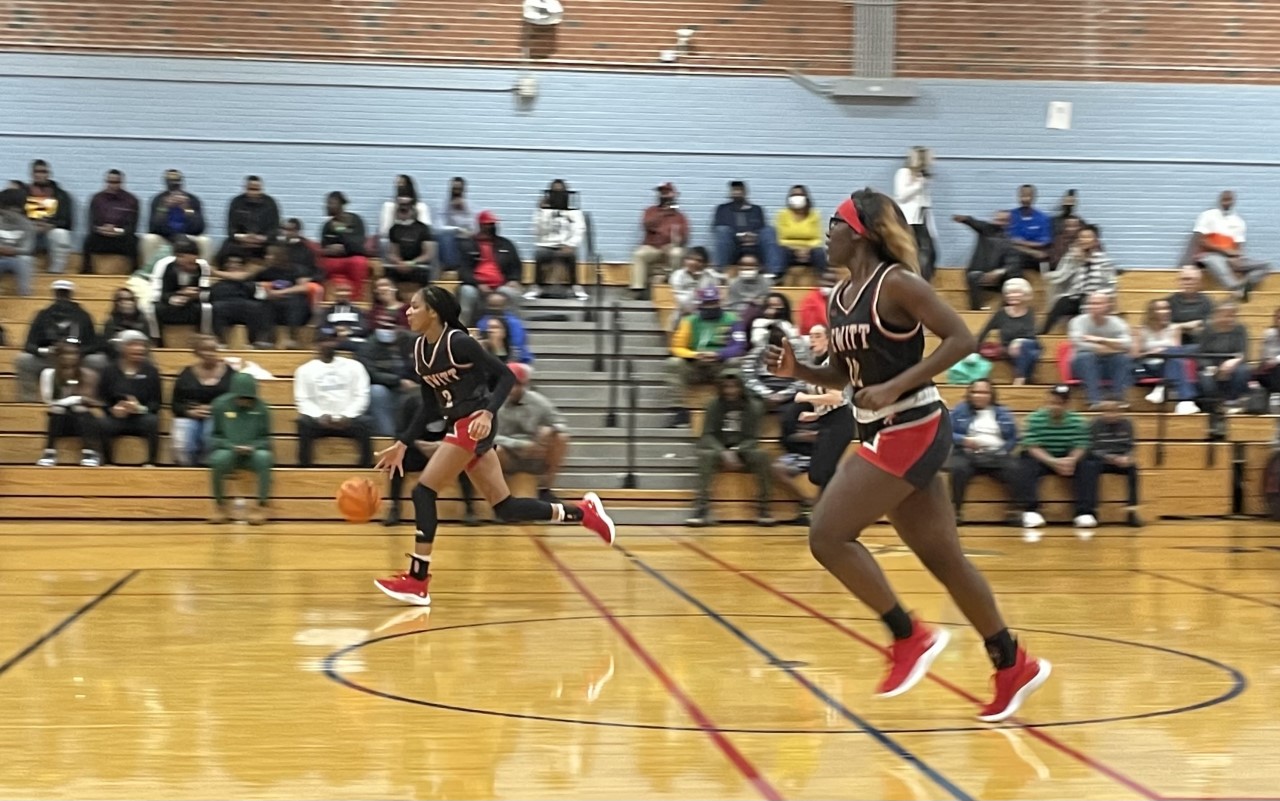 BIRMINGHAM — The Hewitt-Trussville girls’ basketball team pulled away from Ramsay here on Thursday, November 11 to win 66-48 and win their first game of the season. 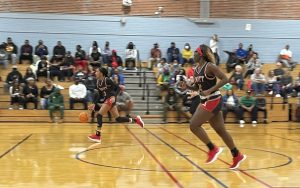 The Huskies got off to a quick start thanks to junior guard Audreonia Benson, who scored the first nine points of the game, staking Hewitt-Trussville to an early 9-0 lead. They never trailed, even as the Rams mounted a furious comeback in the second half.

“The push at the end is what we’re going to build off of,” said Huskies head coach Tonya Hunter. “We tell them that they’re going to face adversity, and they did. When Jordan got into foul trouble in the first quarter, that got us out of position early, and so we struggled early.”

The Huskies played well in spurts, but even in the win, there were things that Hunter wants her squad to work on. They’ll have time to adjust and continue to meld into the team they can be by the end of the season, the coach said.

“This season is so long, it’s a marathon,” Hunter said. “We don’t want to be good now, because they don’t give out state championship trophies in November.”

Star sophomore point guard Jordan Hunter collected two fouls early and sat out much of the first half. Benson and D’Yona Jones picked up the slack for the Huskies, however. Benson led all scorers with 18 points, while Jones used her height in the low post to pour in 14.

“I wouldn’t say it was the height difference, because they had some height on their team,” Jones said. “I was just working hard, push myself, and my teammates gave me the ball, and I went to work.”

Hewitt-Trussville went into the half with a 28-21 lead, and then Benson hit a three-pointer to push the lead t0 31-21 within the first minute of the first half.

“We came together and said ‘Come on, let’s go hard, we got it right here,” Benson said. “We had to fix our mindsets and go hard.”

Then it was Jordan Hunter’s turn to shine. She picked up 15 points, mostly in the second half, using her speed to sprint past Ramsay’s slower defenders and get to the basket.

“I got into foul trouble, and that was my fault, just being immature,” Jordan Hunter said. “Coach told me to go out there and get it in the second half, so I did. At that point we were just trying to control the tempo and push out the lead.”

With Hewitt-Trussville trying to push the lead to 20 points within the the last two  minutes, Ramsay fought back with back-to-back three-pointers by Kennedy Wagner. A third straight three-point attempt from Wagner was blocked by the Huskies and then Chrischandria James hit a layup out of the post, and Jordan Hunter scored again and converted on a free-throw attempt for a three-point play.

Lily Burford scored the final points of the game for the Huskies on a backdoor cut for the easy lay-in, and Hewitt-Trussville secured the 18-point win.