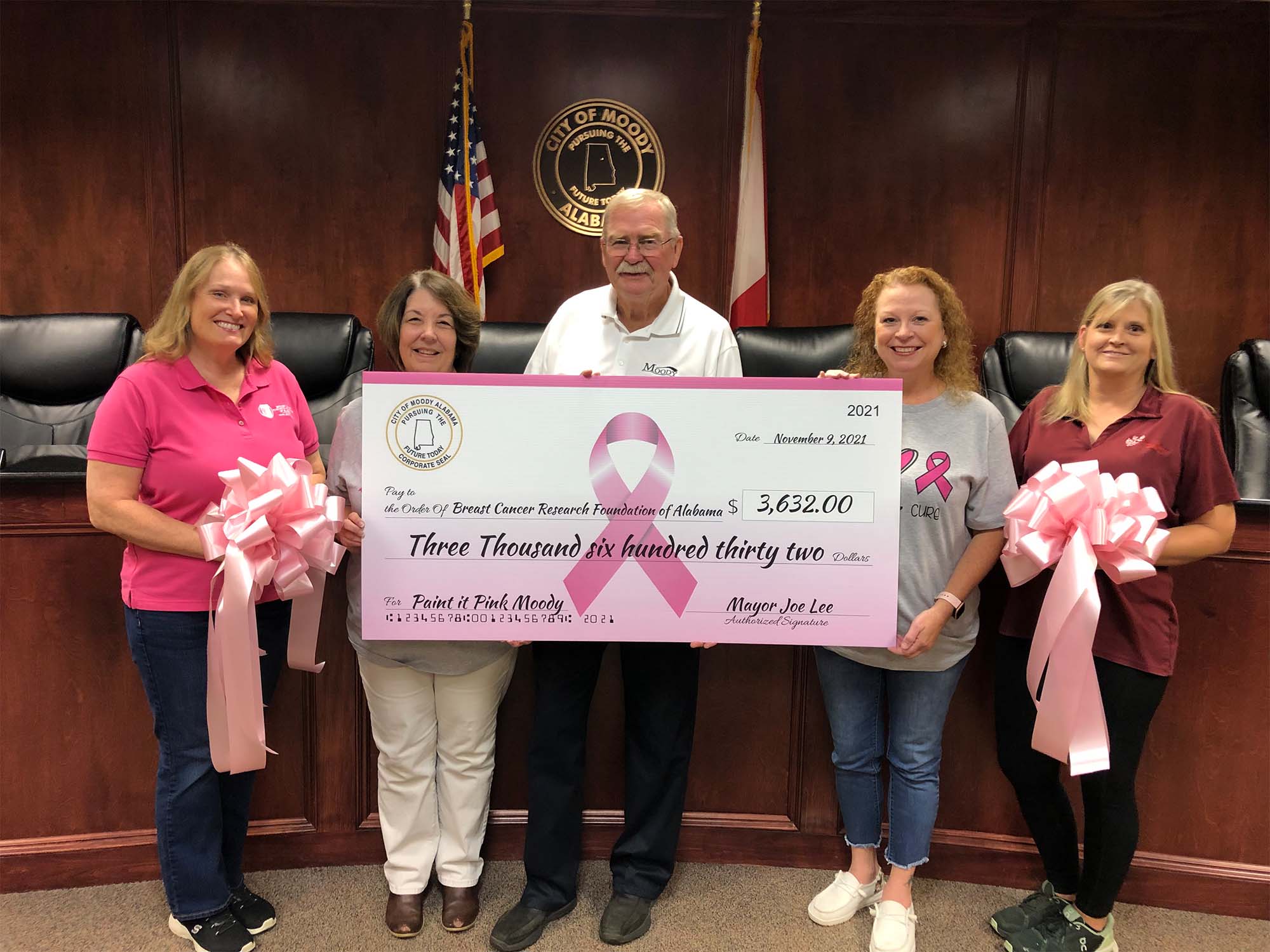 MOODY — The city of Moody presented a check to the Breast Cancer Research Foundation of Alabama on Tuesday, November 9 at 2 p.m. 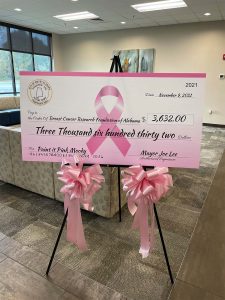 Paint it Pink Moody raised $3,632 for the Breast Cancer Research Foundation by selling pink ribbons for $20 each. Moody Civic Center Manager, Christy Ellard, explained that people weren’t just donating for a ribbon; they were contributing to help raise awareness for breast cancer.

Melissa Fraser, Mayor’s Secretary, and Ellard created this idea to paint Moody pink. They went to Mayor Joe Lee and asked for permission to “Paint it Pink,” He agreed and donated for the cause.

Fraser and Ellard spent most of their afternoon driving around Moody with as many pink ribbons as they could hold and went to different businesses to spread the pink for Breast Cancer Awareness month.

Jeans Flowers donated all their labor and ribbon to help paint Moody Pink.