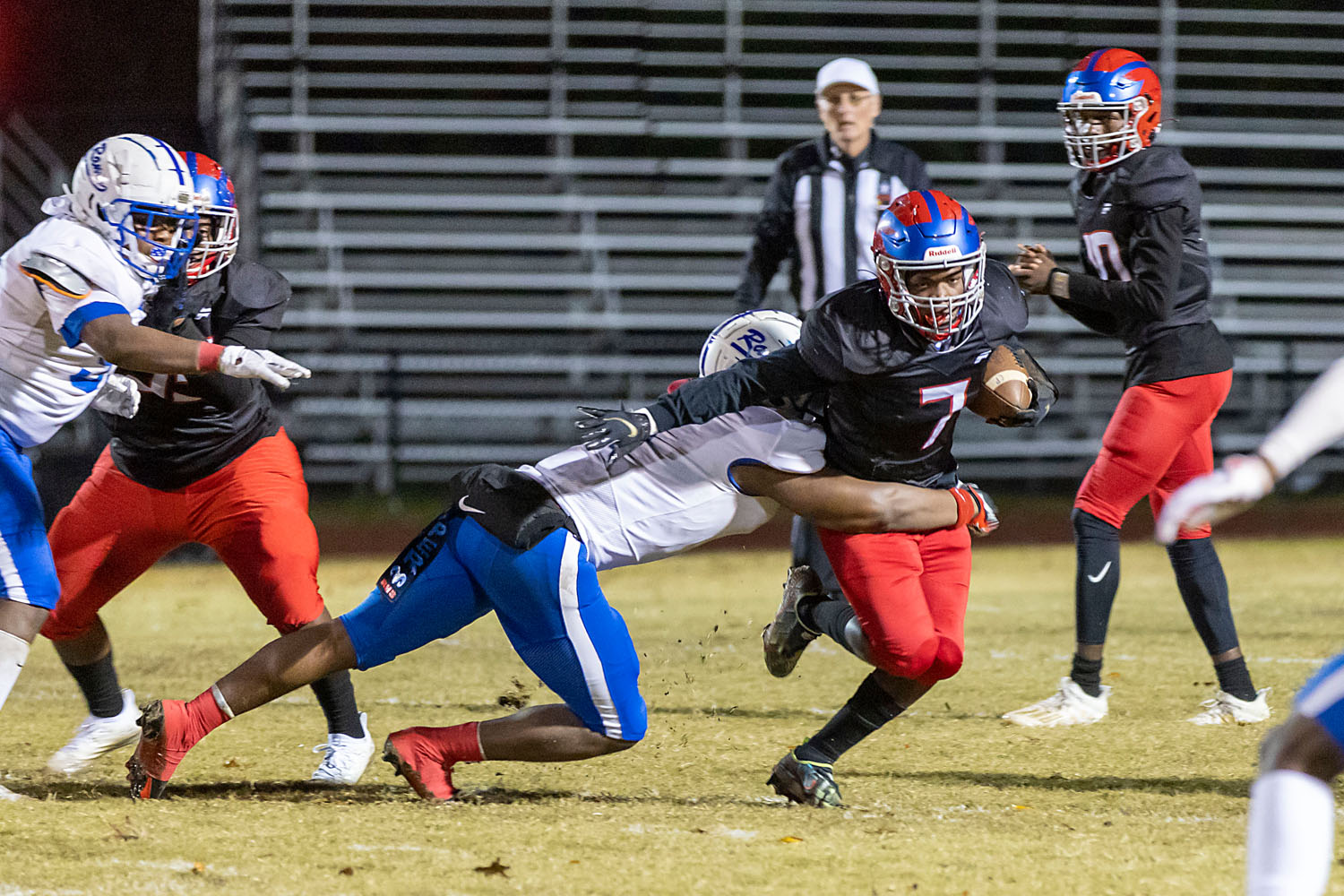 Center Point's Troy Bruce looks for running room against Ramsay during a 9-0 victory on November 12, 2021. (Photo by Ron Burkett)

By Joe Crowe, For The Tribune

CENTER POINT — The Eagles are headed to the next round of the AHSAA Class 5A playoffs, after beating Ramsay with a fourth-quarter touchdown burst that propelled Center Point past Ramsay and into the quarterfinals. 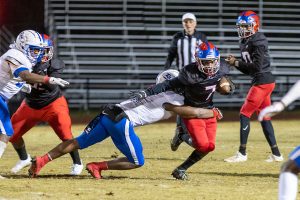 Center Point’s Troy Bruce looks for running room against Ramsay during a 9-0 victory on November 12, 2021. (Photo by Ron Burkett)

The combatants spent almost the entire second quarter in a game of human chess, between Ramsay’s 15 and 20-yard line.

“It was almost like an old school football game,” Center Point head coach George Bates said. “Both teams threw punches, both teams took punches. We just stayed locked in for 48 minutes, and we came out with victory.”

With about 2 minutes to go in the second quarter, Center Point intercepted a Ramsay pass, made it to the Eagles’ 1-yard line, but were unable to make any progress

With less than a minute left, the Rams intercepted a Jabari Collier pass– then Center Point returned the favor with their own interception. By the third quarter, even small yardage gains fired up the crowd. But over the course of eleven minutes, both teams walked each other up and down the field, with a total of four turnovers on downs– two on each side.

Then in the fourth quarter, Center Point finally broke through the Ramsay defense. Troy Bruce scored with a 44-yard rushing TD. With six minutes to go in the game, Jabari Collier (10) then completed a long pass to Deon Moore, perhaps the longest pass of the game. The Eagles then brought in Antonio Lopez Sebastian, whose field goal put the Eagles up 9-0.

That would prove to be Ramsay’s undoing, as the Eagles held them off for the next few minutes, until Collier took a knee with the clock ticking down, sealing the deal for Center Point’s playoff hopes.

Ramsay got to Center Point thanks to a 28-20 win over Guntersville’s Wildcats.