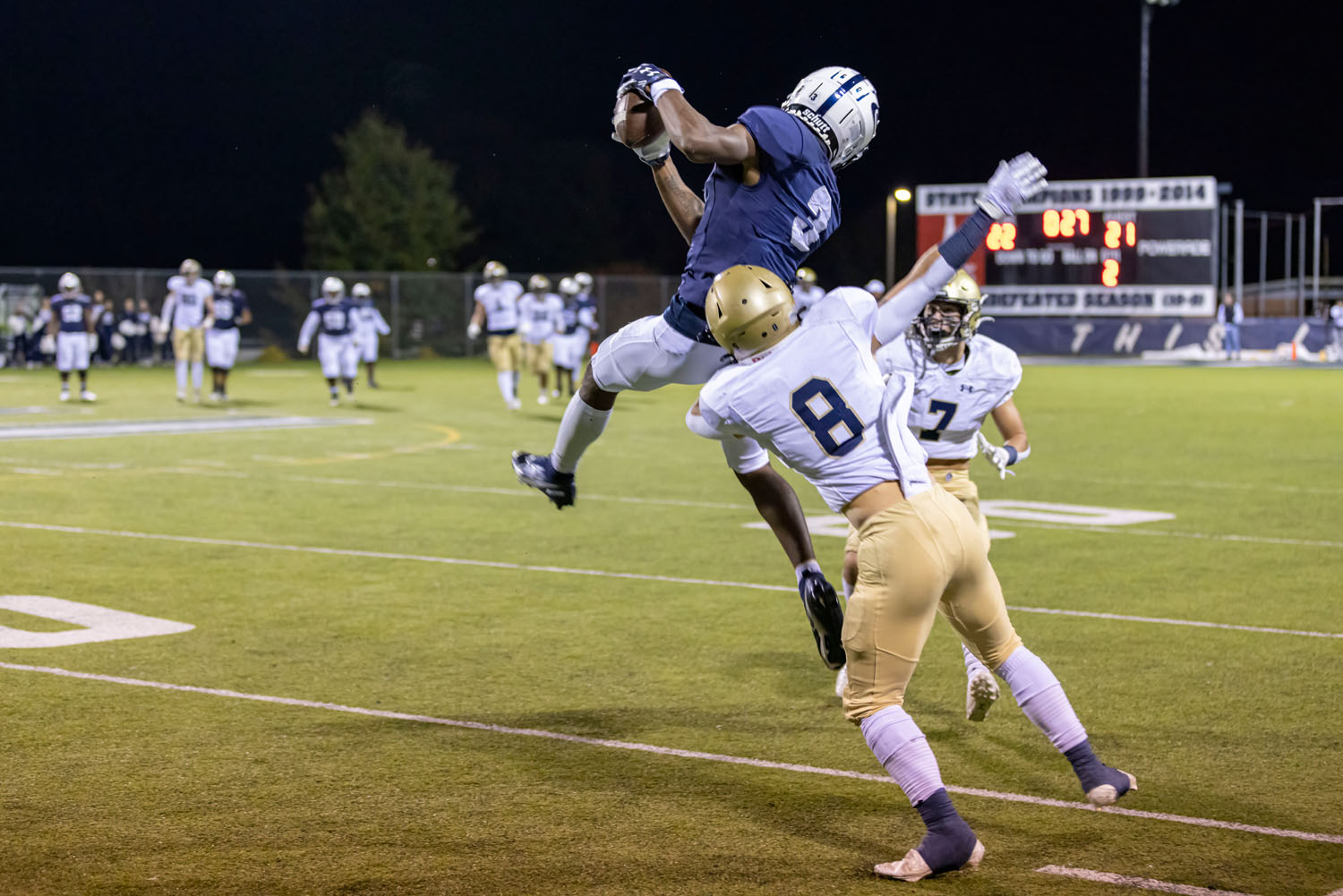 CLAY — The Cougars are headed for the quarterfinals of the AHSAA 6A playoffs with a 56-21 victory against the Briarwood Christian Lions at home Friday night. 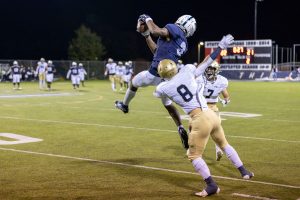 Khalib Johnson wasted no time finding Mario Craver for a 57-yard gain on the Cougars’ first possession. Ed Osley showed up to finish the drive with a touchdown run with 10:10 to go, making it a 6-0 lead after a failed PAT attempt.

Briarwood answered shortly after on a run from Luke Reebals and a successful PAT to give the Lions a 1-point lead.

But that lead wouldn’t last. Jaylen Mbakwe reeled in a punt at the 50-yard line and took the ball all the way home for a score. After a 2-point conversion by Marquarius White, the Cougars were back in the lead 14-7 with 7:24 left in the half.

Briarwood’s Chris Vizzina answered with a 49-yard touchdown run of his own to tie 14-14 after the PAT with 6:12 left in the half. The next possession for the Cougars consisted of a 44-yard run from Osley to put the Cougars at the Lions’ 5-yard line, followed by a touchdown pass from Johnson to White to add on 6, and a 2-point conversion from Mbakwe to give the Cougars an 8-point lead at 2:42 to go.

The Lions weren’t ready to slow down and tacked on 7 with 34 seconds left in the half. Not to be outdone, however, the Cougars weren’t slowing down either as Johnson found Nate Owens for a 39-yard touchdown pass with six seconds on the clock, followed by another 2-point conversion by Mbakwe to put the Cougars up 30-21 going into halftime.

The third quarter belonged to the Cougar defense, handing quarterback Vizzina two sacks on the Lions’ first possession courtesy of Rondarius Sykes and Jordan Walker. The extensive depth of the Cougars offense allowed for a run game the Lions’ just couldn’t keep up with. Osley and Mbakwe tore through the Lion defense to set up for an eventual Osley 3-yard touchdown run with 2:31 to go making it a 36-21 game in the Cougars’ favor.

Sykes got a hold of Vizzina yet again for a sack, and Devin Finley handed Vizzina another for a loss of 12 to end the third. Cam’ron Williams got his fill on the Cougars’ next possession for a total of 32-yards barrelling through the Lion defense with the help of an Osley 31-yard run to put the Cougars at the goal line. After a hard-fought battle with the Lions’ defense, Osley tacked on another 6, with an easy 2-point run from Khalib Johnson to put the Cougars up 44-21. The Cougar defense barely let the Lions breathe on their next possession with Lamar Croskey leading the pack. Williams reared his head yet again for the Cougars with a 41-yard run followed by a 3-yard run from Rodrekus Johnson for another 6 to extend the Cougar lead 50-21. Sykes ended the Cougars’ defensive performance with a pick-six to give the Cougars a final score of 56-21.

Cougar Head Coach Drew Gilmer said the Cougars still have some work to do.

“We played a solid second half,” Gilmer said. “The first half shouldn’t even have been that close. We have got to get off the field on third downs.”

The Cougars face Gardendale at home next Friday, November 19 at 7pm. This is a rematch from earlier in the season, when Clay-Chalkville beat Gardendale 46-0.