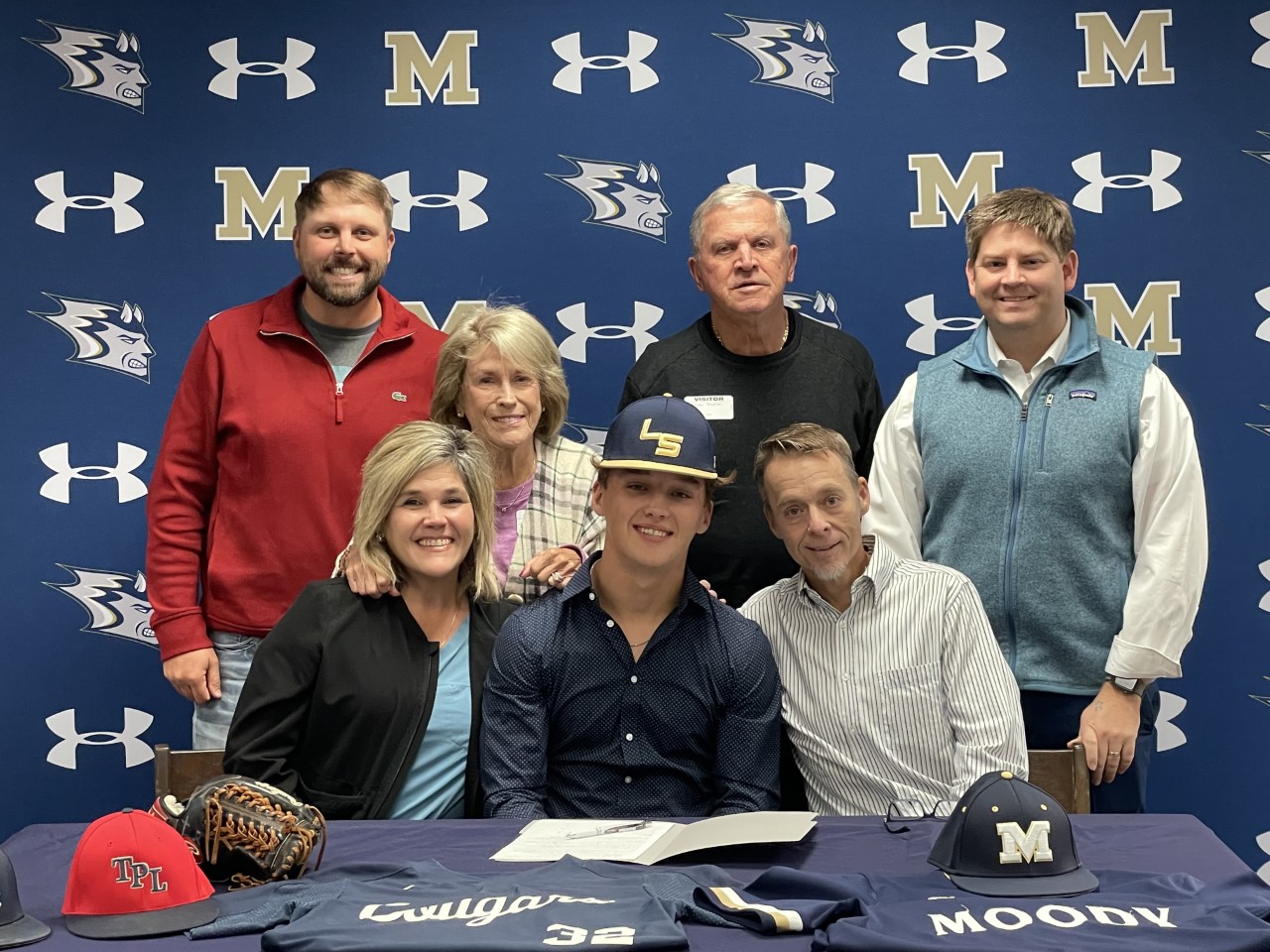 MOODY — Caleb Jatko didn’t start out to be a pitcher. In fact, when the Moody High School senior first showed up to try out for the Blue Devils’ varsity baseball team, he came in as a catcher and utility infielder. 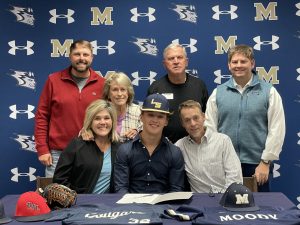 After making the switch to pitcher, Jatko has become such a force on the mound for the Blue Devils that he signed a scholarship on Friday, November 12, 2021 to pitch at Lawson State.

Jatko, a senior who will be a three-year starter for the Blue Devils, has thrown more than 50 innings in his high school career, with more than 80 strikeouts and a miniscule 1.8 ERA. He’s also a threat from the plate, as he batted .333 during his junior season. The right-handed pitcher throws a fastball that’s been clocked in the high 80 MPH range, and uses a change-up and slider for a change of pace.

“I love the fact that all of the coaches are so open and welcoming, and the pitching coach knows so much,” Jatko said. “He’s played at UAB, coached at UAB, coached at Jacksonville State. He’s everywhere, and he’s a great guy. Plus they had great facilities, great campus, great everything.”

In many ways, signing with Lawson is the culmination of a dream for a kid who started playing baseball when he was three years old.

“Being able to be on this team with my friends, being able to have fun and compete,” Jatko said. “I love it.”

For his next step, Jatko wants to see how he can improve his game in several areas.

“As far as velocity, I want to get to the next level and be able to break that 90 miles an hour mark,” he said. “And I want to work on the mental aspect of the game, too. I want to become more consistent mentally, and get bigger, stronger, faster.”

Jatko plans to be a physical therapist and will use his time at Lawson to get core classes done so he can then focus on his major when he transfers, he said.

“He’s a gym rat, he’s a hard worker,” Kelly said. “When something’s not going right, he asks a lot of questions, and by asking those questions we can determine whether or not we can help him. That’s huge for him, being able to get the feedback that he wants from us as coaches. He’s very coachable, too, and that’s important because when things aren’t going right you need to be coachable so that we can fix those things in the long run.”