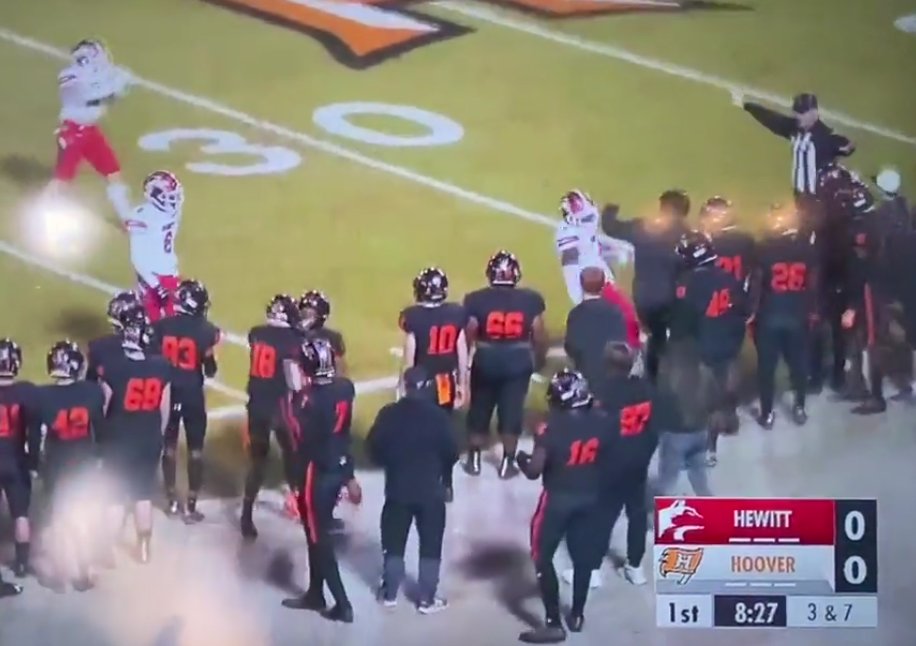 HOOVER — A Hoover High School assistant coach appears to throw an elbow at a Hewitt-Trussville player during last night’s Bucs-Huskies playoff game, and it was caught on video. 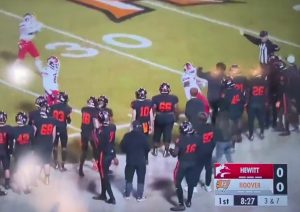 Senior strong safety K.J. Jackson went out of bounds on a play with a little more than 8:30 left in the first quarter, while the score was tied 0-0.

The Hoover coach, who has not been identified, lifted his left elbow and appeared to drive his elbow into Jackson’s upper chest area. The blow knocked Jackson down.

An official was positioned directly in front of the collision.There was no flag on the play.

Hoover defeated Hewitt-Trussville in overtime, 24-23, after the Huskies elected to go for two points to try to pull the upset. Hewitt-Trussville finishes the season 9-3, while Hoover moves on to host Thompson.

The Tribune has reached out to the Alabama High School Athletic Association for comment.

Video of the incident is below. The play in question begins at the 36:21 mark of the video.

Hoover Coach elbows one of our players on the sidelines. Elbowing a kid? No class. @BucsFootball pic.twitter.com/G3GFfG6DxY